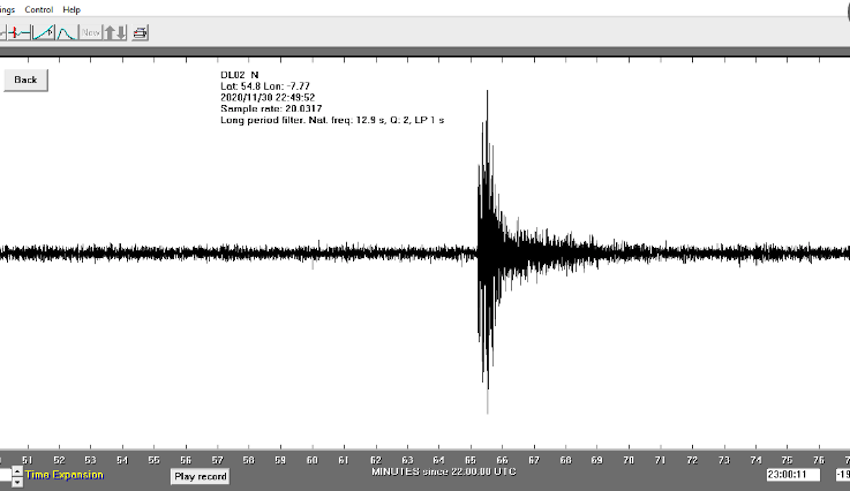 ‘Seismic event’ recorded in Donegal – did you feel the tremor?

SOME parts of the county felt a ‘seismic event’, believed to have occurred off the Donegal coast just after 11pm last night.

A seismometer at St Columba’s College in Stranorlar picked up readings that point to an ‘event’ at around 11.05 pm.

Station DL02 is located in the science lab at St Columba’s College.

The seismometer runs 24/7 and physics teacher Brendan O’Donoghue was at home when he checked the data before going to bed.

Early indications hint that the event was within 100km of the equipment, possibly off the north coast of Donegal. People in the Fanad and Inishowen peninsulas are said to be most likely to have felt something.

The school joined the Siesmology in Schools network in 2010.

Since recording began in in April 2010, the seismic station has recorded and submitted more data than any other school or university involved in the network.

Last October, a quake in the Dodecanese islands, which measured a 5.1 magnitude, was the college’s 1,000th recording.

‘Seismic event’ recorded in Donegal – did you feel the tremor? was last modified: December 2nd, 2020 by Chris McNulty