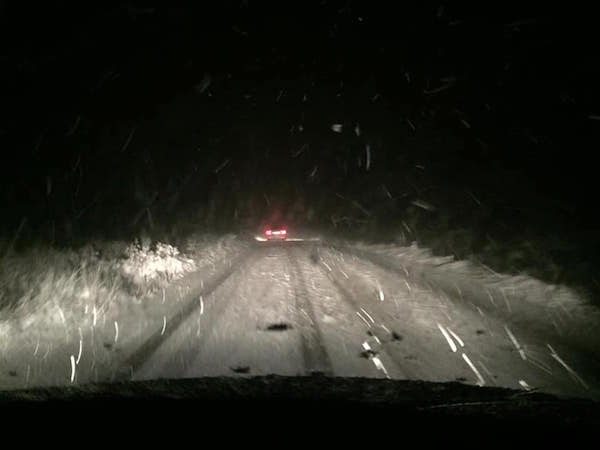 Met Eireann has issued a three-day weather advisory due to a risk of ice and wintry showers this week.

The northwest is forecast to one of the areas worst affected by a cold snap this Wednesday, Thursday and Friday.

“Severe” frosts are on the way with temperature set plummet to lows of -3C.

A weather advisory has been issued for the entire country from 4pm on Wednesday until just before midnight on Saturday.

Forecasters warn that high ground in the west may see wintry showers at nighttime.

Wednesday will be a cold night with lowest temperatures of -1 to +3 degrees in moderate southwesterly winds. “Some showers will be heavy with hail and possibly thunder, and may turn wintry on high ground in the northwest,” Met Eireann says.

“Thursday will be very cold with widespread heavy showers or longer spells of rain. There will be a risk of hail and thunder and some showers may turn wintry on high ground in the west.”

“On Thursday night, wintry showers will mostly retreat to western coastal counties. Many areas will be dry with clear spells and a sharp ground frost leading to some icy patches. Lowest temperatures of -3 to +2 degrees, coldest in Ulster and Leinster.”

Friday will be another cold day, forecasters say, and Friday night will be “not as cold as Thursday night with lowest temperatures of 0 to +4 degrees, but it will remain breezy with fresh to strong northwesterly winds.”