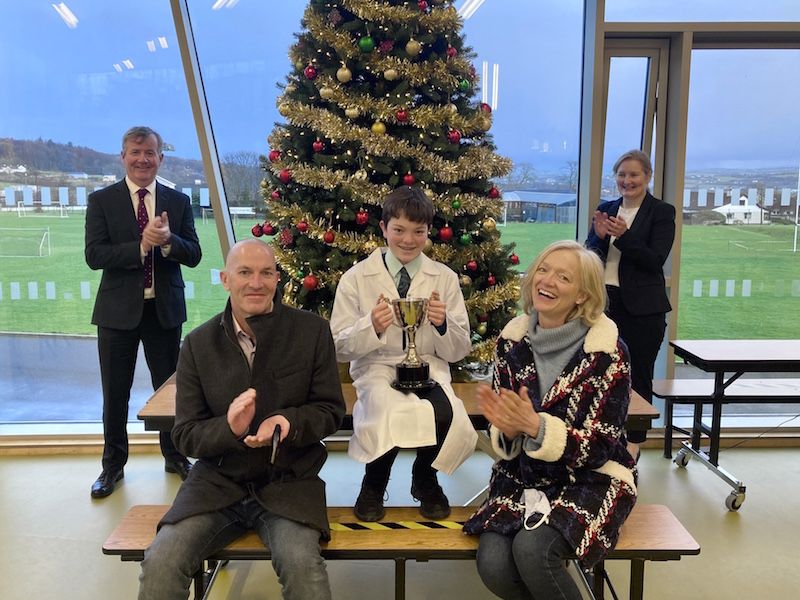 Eoghan to reach for the SciFest on global stage

A Letterkenny student hopes to represent Ireland on the global stage after scooping a major science award.

Eoghan Ó Fearáin, a second-year student at Coláiste Ailigh, was awarded the SciFest 2020 Broadcom MASTERS Award for his project ‘Beef or Leaf’.

The award consists of a trophy, €500 and the opportunity to represent Ireland and SciFest at the Broadcom MASTERS International which takes place in America each year.

Eoghan takes his place among 30 delegates representing 27 countries, regions, and territories from across the globe!