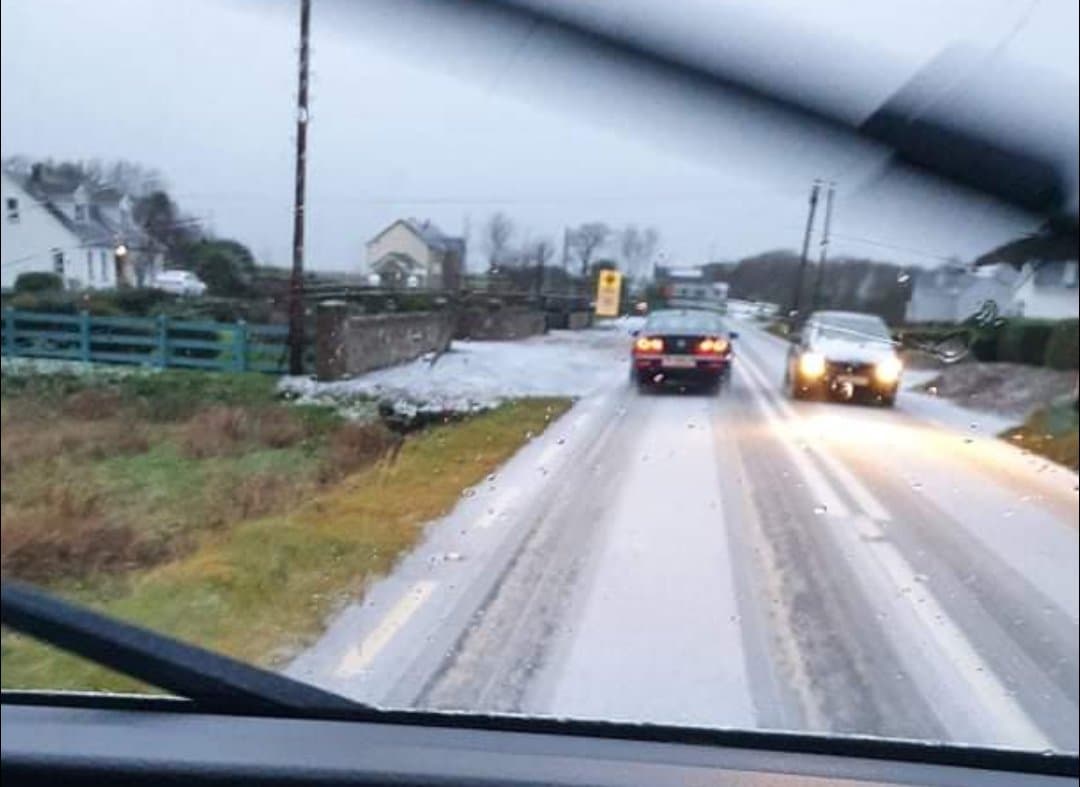 AS THE mercury plummeted in Donegal, some parts of the county experienced a first snowfall of the winter this morning.

In west Donegal, on the Falcarragh-Gortahork road for instance, a brief shower left a smattering of snow on the road.

A postcard scene with a sprinkling of snow on the peak and face of Errigal was visible, although the festive imagery arrived with a warning. 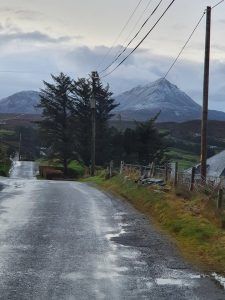 Motorists are advised to drive with care with reports of sporadic snow showers in places.

Met Éireann has issued a Snow/Ice warning, saying that ‘sharp to severe frosts and icy stretches’ can be expected until Friday night.

Donegal was the only county in the Republic to receive this Status Yellow winter weather alert today, while Antrim, Fermanagh, Tyrone, Derry have also received similar warnings.

There are also reports of reduced visibility and slow-moving traffic on the A5 between Omagh and Ballygawley due to a snow blizzard.