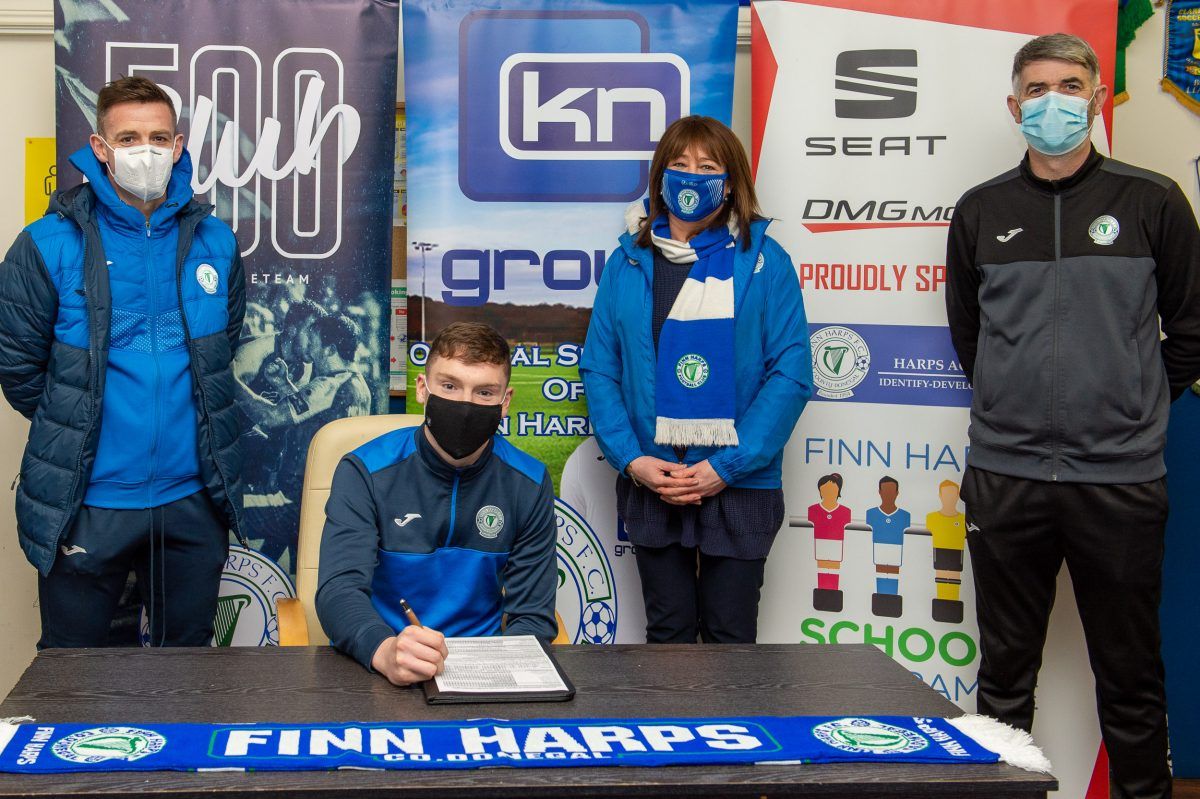 McGarvey has signed a two-year contract at Finn Park.

McGarvey began 2020 playing with the Harps Under-19s before an injury to Tom McDermott saw the 17-year-old assume the role of understudy to Mark Anthony McGinley.

“I’m absolutely delighted to sign a pro deal with the club,” McGarvey said.

“Coming up in the U15s, it’s every boy’s dream to sign for the first team so I am over the moon. I’d like to thank all the coaches I’ve worked with who have helped me get to where I am now, particularly David and to Kevin for putting me forward to train with the senior team.

“Being involved and a part of the dressing room last season was a great experience, learning off the rest of the lads who took me under their wing and really made me feel part of the group. Especially Mark Anthony and Tom who couldn’t have been better with me.

“Ollie and the club have shown great faith in me by giving me a two-year deal so hopefully I can kick on now next season.”

Harps manager Ollie Horgan said McGarvey is ‘on the right track’ and Head of Acadmy Kevin McHugh said the news could act as a shot in the arm for other young players at the club.

“It’s the whole reason we work so hard behind the scenes – to provide this stage for players to develop,” McHugh said.

“Without talking about his obvious abilities as a goalkeeper, his strongest values are his attitude.

“I have used Patrick as an example to many of our younger players in the past, and will continue to do so. His hunger to improve after knock-backs and desire to compete is something that will stand him in great stead going forward.

“Credit to Ollie and his coaching staff for taking in a 15-year-old a number of years ago to first team training, I have no doubt this has helped his progression and confidence to date.

McGarvey has been on Republic of Ireland squads at Under-17, Under-15 and Schools levels.

Finn Harps Under-19 manager Tommy Canning added: “Patrick is a wonderful young man with a lot of ability. However more importantly he is dedicated to improving his levels which shows through his commitment and dedication.

“It’s a huge success for the academy and rewarding for all academy coaches as we see a young player move through the pathway and fulfil his dream of becoming a professional footballer.”