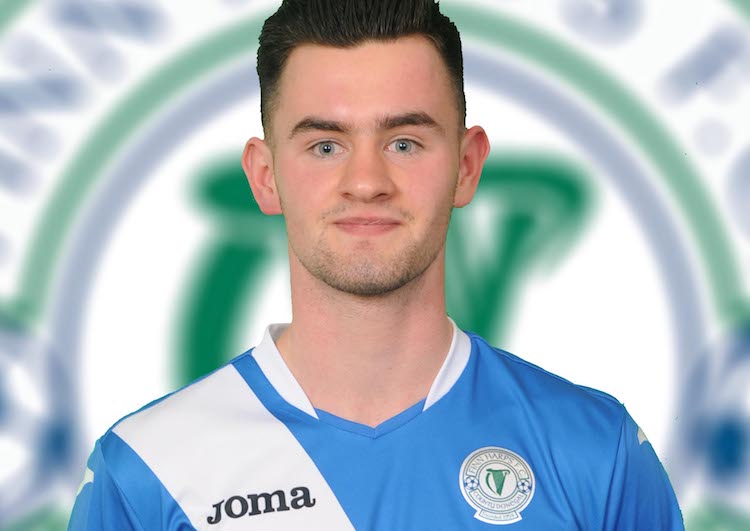 Gareth Doherty eager for new kick off after his Rovers return

The 22-year-old midfielder has returned to Letterkenny Rovers after being recruited by new Leckview boss Danny McConnell in recent months.

Doherty had been with NIFL Championship side Dergview since moving from Finn Harps in 2018. Now he’s back home, he’s eager to get onto the new calendar and get underway.

“After the first lockdown I was still with Dergview and we were getting ready for the start of the Championship when Danny got in contact with me,” Doherty told Donegal Daily/Donegal Sport Hub.

“I had a good think about it and after having a chat with a few different people I decided to give it a go. We got a good four or five weeks of training in before we we went back into lockdown again. That was frustrating but hopefully it will be full steam ahead from here on in. 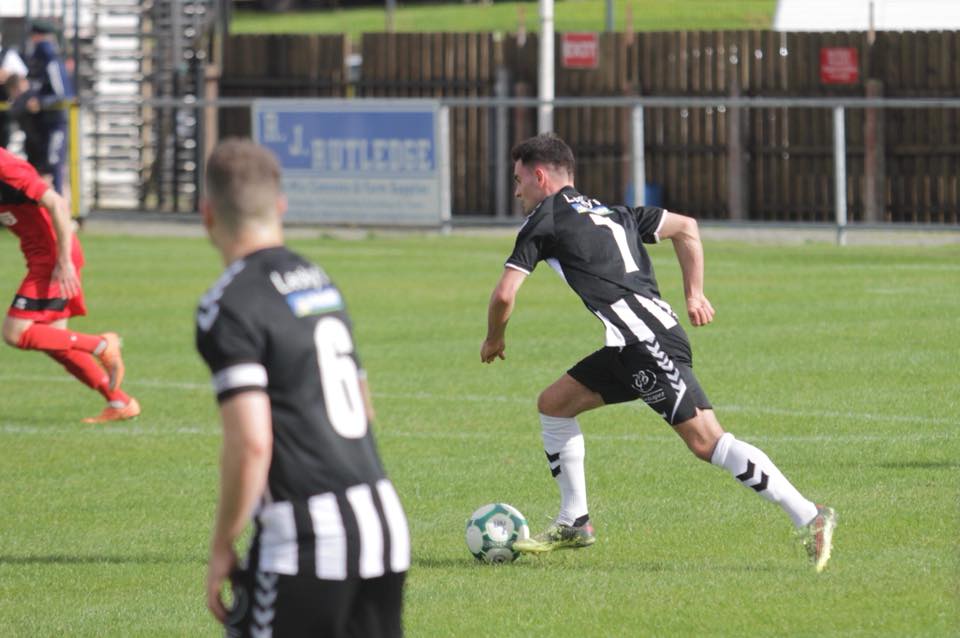 Gareth Doherty on the ball for Dergview

“I can’t wait to get back playing again and hopefully that will be sooner rather than later. It has been brilliant to get back to training again so hopefully now early in the new year we will be able to get up and running with matches and prepare properly for the start of the league.”

The promising teenage Doherty signed for Finn Harps in 2014 and he made two League of Ireland appearances at the end of the 2015 season. After Harps’ promotion, Doherty was included in the Harps squad through 2016 and 2017.

A lack of game time saw him make a loan move to Dergview in 2018. Harps had been keen on Doherty’s talents with Kevin McHugh a keen admirer at the time.

Dergview maintained senior involved, but the Leckview lure proved too much to turn down.

Doherty said: “I was getting ready for the start of the Championship with Dergview when Danny contacted me. I would have been going into my third season there.

“The Championship is a really good standard and I don’t think people understand how good it actually is until they play in it. it’s a dog-eat-dog League with some brilliant players. You have teams like ‘Stute, Ballinamallard, Newry, Ards, Dundela in the league this year. Portadown and Larne were there in my two seasons so it was a good to play in games like that.

“The Boxing Day derbies against Ballinamallard were exciting to play in. I loved working under Ivan (Sproule) as well. I had a good chat with him before I left and he was very understanding and can’t thank him enough for the last two years. 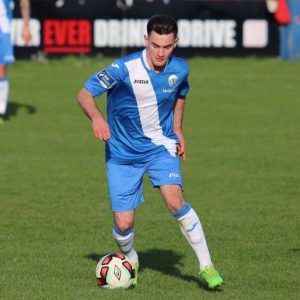 “I just turned 22 a few months ago so hopefully I can get back to senior football at some stage. Senior football has always been the aim but, for now, I will focus on doing well for Rovers, work hard and see what happens.”

A final year Business student at Letterkenny Institute of Technology, Doherty – who has played at underage level for the Republic of Ireland – has also been a feature with Shane Byrne’s team at the Port Road campus. There remains hope, if not certainty, that a third level season might happen in early 2021.

Doherty said: “It’s a pity the college football hasn’t went ahead yet but there’s talk about a shortened season in the new year so hopefully that will happen. There are some quality footballers there at the minute.”

When the USL action resumes, Rovers will be aiming to break Cockhill Celtic’s stranglehold on the League. McConnell guided Rovers to their first USL title triumph in 2005. The addition of the likes of Doherty, Ciaran Gallagher and Conor Tourish has given Rovers a new edge.

Doherty said: “I was impressed with Danny after a few meetings with him and I’m looking forward to working under him. He has good football men there with him too and Anthony Gorman is still there, so it’s a good mix and Anthony’s trainings and coaching are top class. 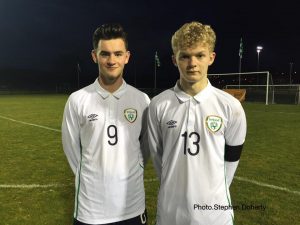 Gareth Doherty and Adrian Delap on Republic of Ireland duty

“I always kept an eye on Rovers when I was away and got the odd game in. They have been there or thereabouts in the League and in the Cups so hopefully this season will be the same.

“Cockhill are the champions so I’m sure they’ll be as strong as ever and Bonagee have a good squad, so I’m sure they won’t be there to make up the numbers. Harps and Derry will be sharp as well.

“We have a good group so far and Danny has made some good signings with ‘Gall’ coming in and Conor Tourish back coming back from ‘Stute. There’ll be a few more still to come on top of the boys from last year so it’s exciting being back.

“We will be chomping at the bit to get going – whenever that will be.”