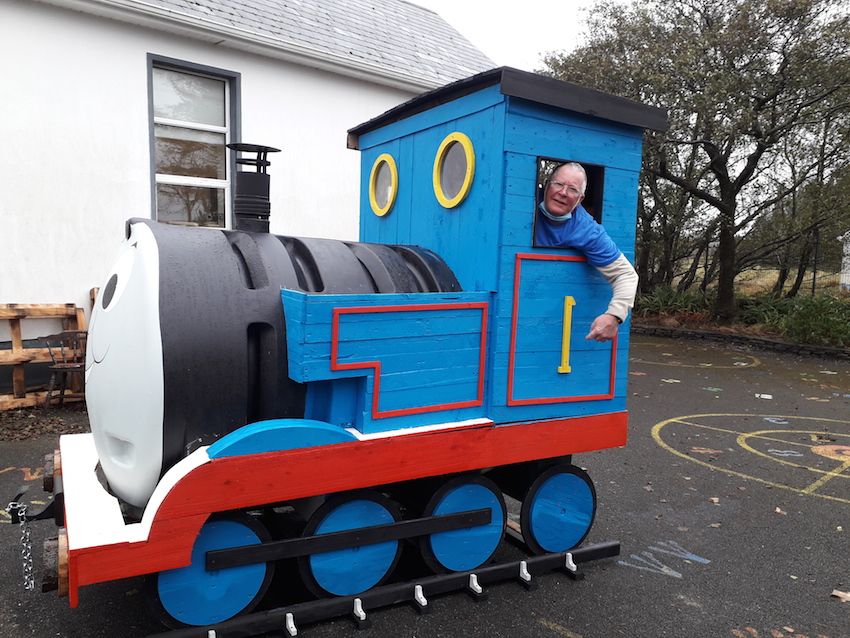 ROSSES Men’s Shed were among the winners of this year’s national Upcycle Challenge 2020.

Rosses Men’s Shed brought the railway back to Donegal in the form of ‘Thomas the Tank Engine’ and an old oil tank.

The Upcycle Challenge was set by mywaste.ie and the Environmental  Protection Agency (EPA).

It invited participants to use their imaginations to create something new and useful out of old unwanted and discarded items or material.

Rosses Men’s Shed made Thomas The Tank Engine from an old oil tank and some pallets. The result is the ideal playhouse/train for children and the young at heart.

As many as 259 entries were received from individuals, community organisations, Men’s Sheds, and schools across the country. A total of eight  category winners were decided by a judging panel, who also chose three finalists for a People’s Choice Award.

Pat Bonner of the Rosses Men’s Shed said: “Railways unfortunately disappeared from Donegal in the 1960’s, so we decided to try and recreate and build our own ‘Thomas The Tank Engine’ as a reminder of those days. It may sound like a childish proposition but as they say, ‘Adults are just children at heart…..but with a few more wrinkles’.

“The inspiration for the project came from a Shed members better half. She decided to brighten up their back garden by painting a Thomas the Tank Engine face on their oil tank.”