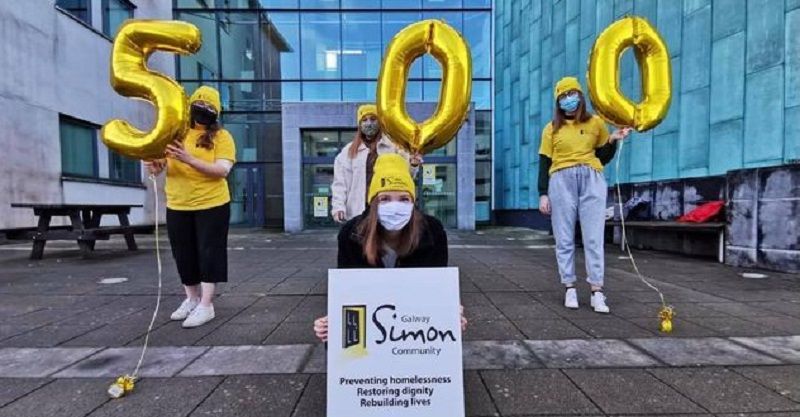 Student nurses doing even more good for others

Student nurses from Donegal are among an inspirational class hosting a ‘Jingle Bell Jog’ for people facing homelessness this Christmas.

Meabh Keys and Hannah O’Donnell from Letterkenny are in their second year of nursing at NUI Galway. This week, their class is running 500km collectively to raise funds for the Galway Simon Community.

The students recently learned about the work of the charity and wanted to give back to the community. Each participant is going the distance separately due to restrictions and will walk/run/jog 7.4km over this week.

Hannah O’Donnell tells Donegal Daily why she and her classmates got behind this JustGiving fundraiser: “Our class got involved with this after we had some online lectures with the Galway Simon Community. They told us about the work they do and explained that the disadvantaged people in our society such a homeless people are at a huge increased risk of having poor health due to their living conditions and as student nurses, our class wanted to do something that could hopefully change that for someone, especially during the Christmas period in this incredibly tough year!

The Jingle Bell Jog runs all week from 7th to the 13th of December.

Supporters are invited to donate to the campaign on https://www.justgiving.com/fundraising/500kmforgalwaysimoncommunity

Student nurses doing even more good for others was last modified: December 7th, 2020 by Rachel McLaughlin