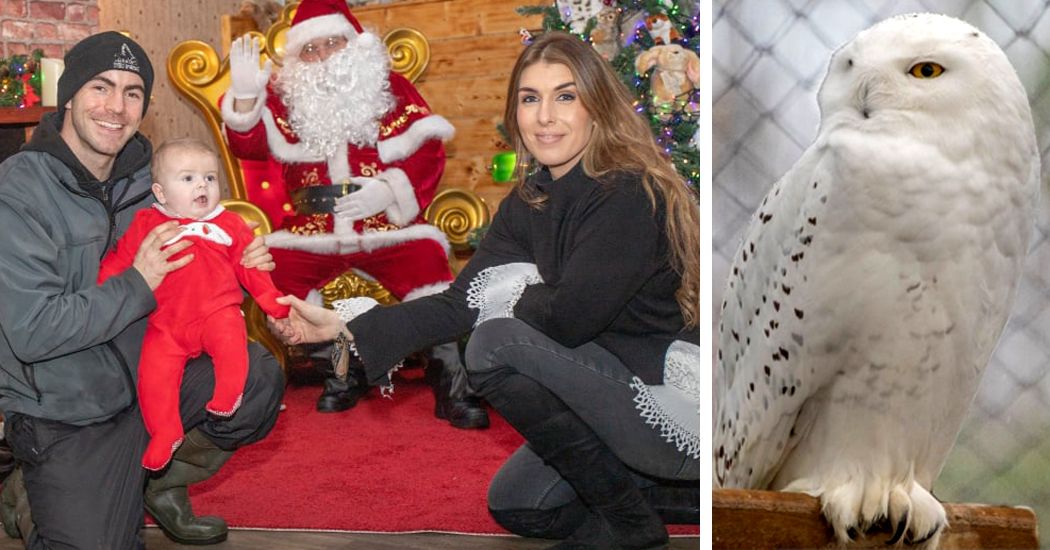 Christmas guests are a hoot at Wild Ireland

Some seasonal guests have checked into the Wild Ireland sanctuary to bring a festive feeling to Donegal.

Snow might be scarce in the North West, but four beautiful Arctic foxes and two snowy owls are helping visitors discover the wonders of the North Pole closer to home.

The animals are joined by a VIP guest, as Santa is spending two weeks of ‘quarantine’ in Burnfoot before his travels on Christmas Eve. 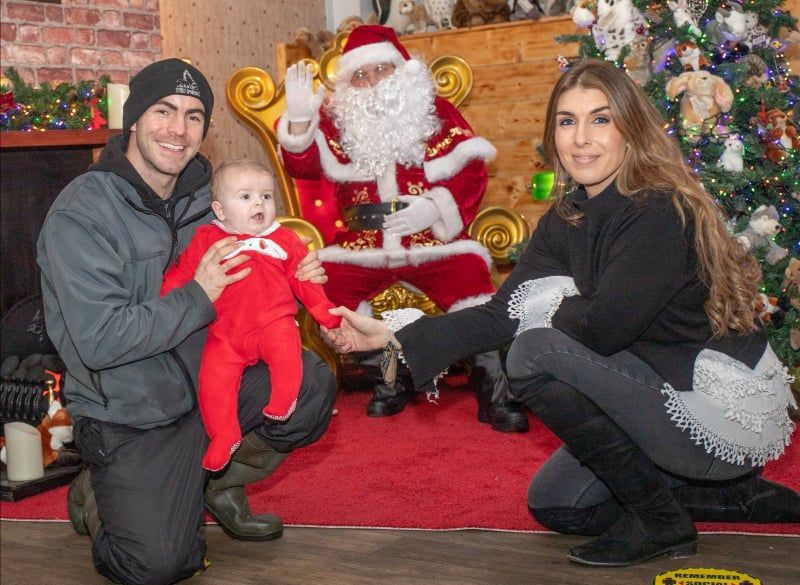 Santa set up his grotto and toy workshop as soon as lockdown lifted, and, after a year of highs and lows, the festive guests are giving everyone a lift.

“Somebody said to me ‘you’ve saved Christmas’ and I thought that was nice,” said Killian McLaughlin, founder of Wild Ireland.

“Everybody was so down, and we didn’t know if we were going to get open for Christmas or not. When we were allowed to open up, I thought it’s time to bring Christmas cheer to the local community. Wild Ireland is perfect for a safe outdoor experience, so I thought we’ll do something to lift children’s spirits.”

Santa and his friends have become a big attraction. In line with the park’s ethos, the new residents all have ancestral links to ancient Ireland. Wild Ireland started in 2019 with brown bears, wolves and a lynx all being brought back to a land they once roamed. 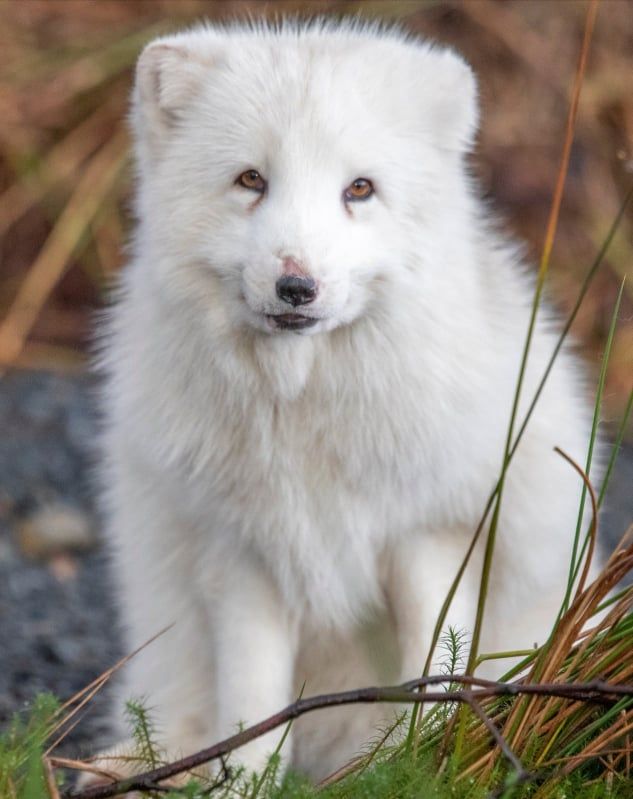 One of the four Arctic foxes at Wild Ireland this winter. Photo: Northwest Newspix

“During the Ice Age Ireland had snowy owls, Artic foxes and even reindeer. As the ice sheets started to move north, the animals moved with it. They believe Arctic foxes in Iceland came from Ireland and England. Lots of fossils have been found in Ireland, where they lived here around 40,000 years ago,” Killian said.

The new foxes didn’t have far to travel this month, as they grew up in Killian’s own home. The Buncrana man is a solicitor by trade, but also has a degree in zoology, and is no stranger to taking unusual animals under his wing.

“I’ve had Arctic foxes since I was a wee boy, some of my cubs went to Dublin Zoo were born in my back garden,” he said. 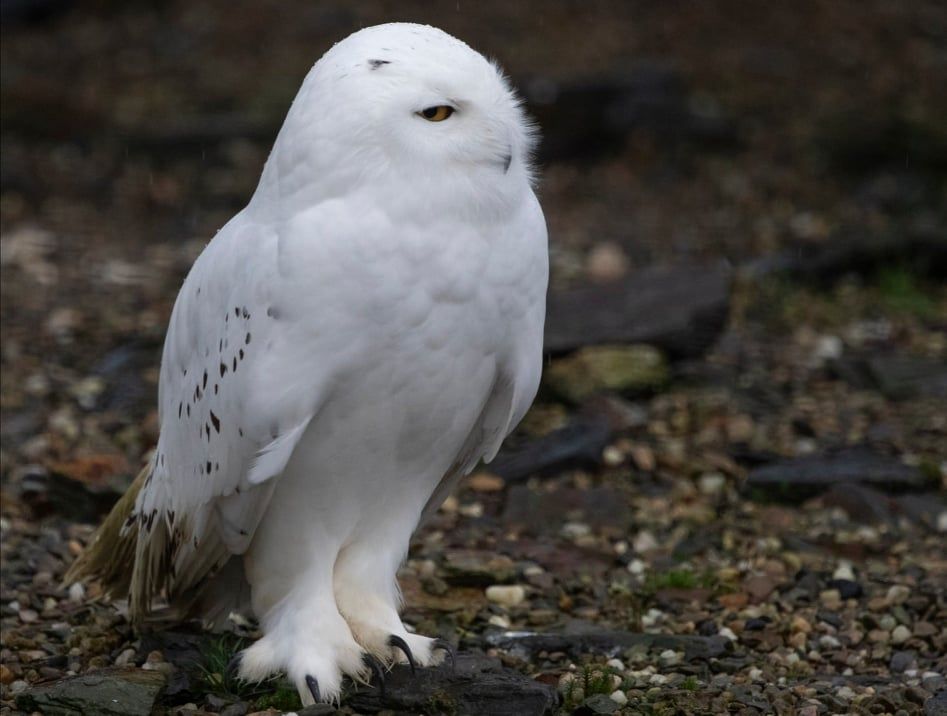 Families who come to see Santa will also get to see the park in a whole new light – as thousands of fairy lights are installed along the paths.

“We are open until 8pm and it’s a magic experience at nighttime. You can see the wolves and the bears in the forest that we have lit to look like moonlight. We don’t guarantee you’ll see the bears all the time because we expect them to hibernate any day now, but they are still venturing out of their dens to see the public,” Killian said. 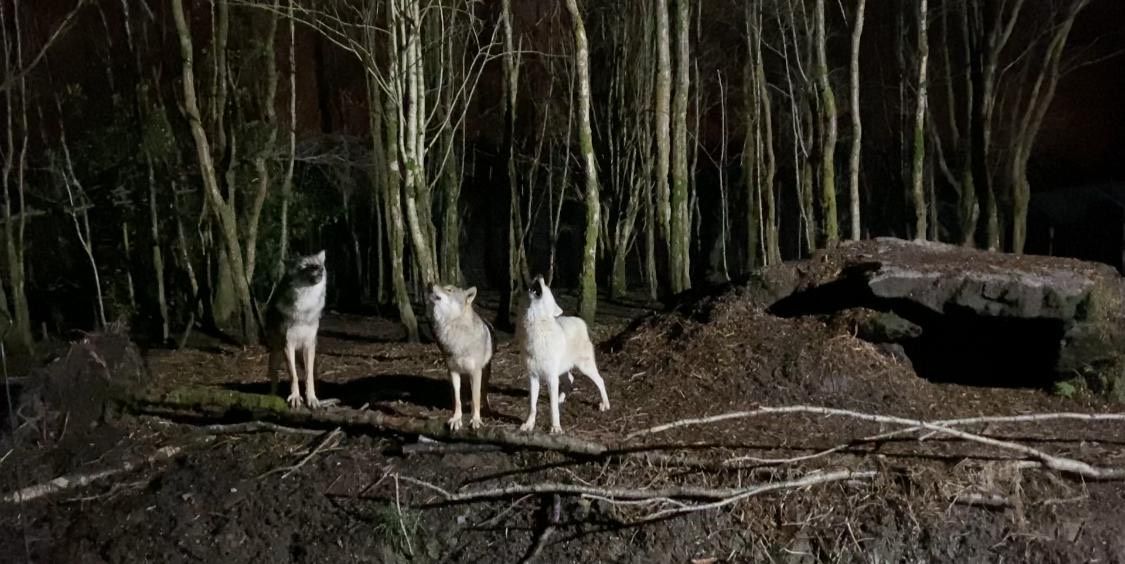 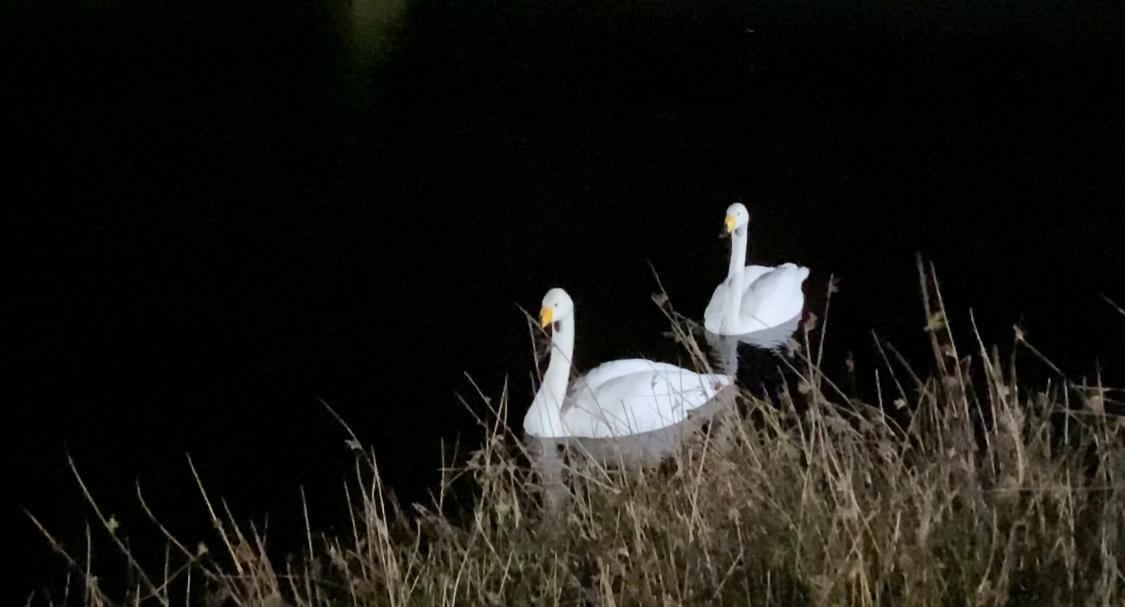 The new experience has become a high point for Wild Ireland after a ‘rollercoaster’ year.

Killian, his wife Katie and the team had to deal with the logistics and financial blows of lockdowns, while the animals still required constant care.

The couple starred in their own RTE documentary series in autumn and then dealt with the sudden death of Aurnia, one of their brown bears, during a surgery in October. 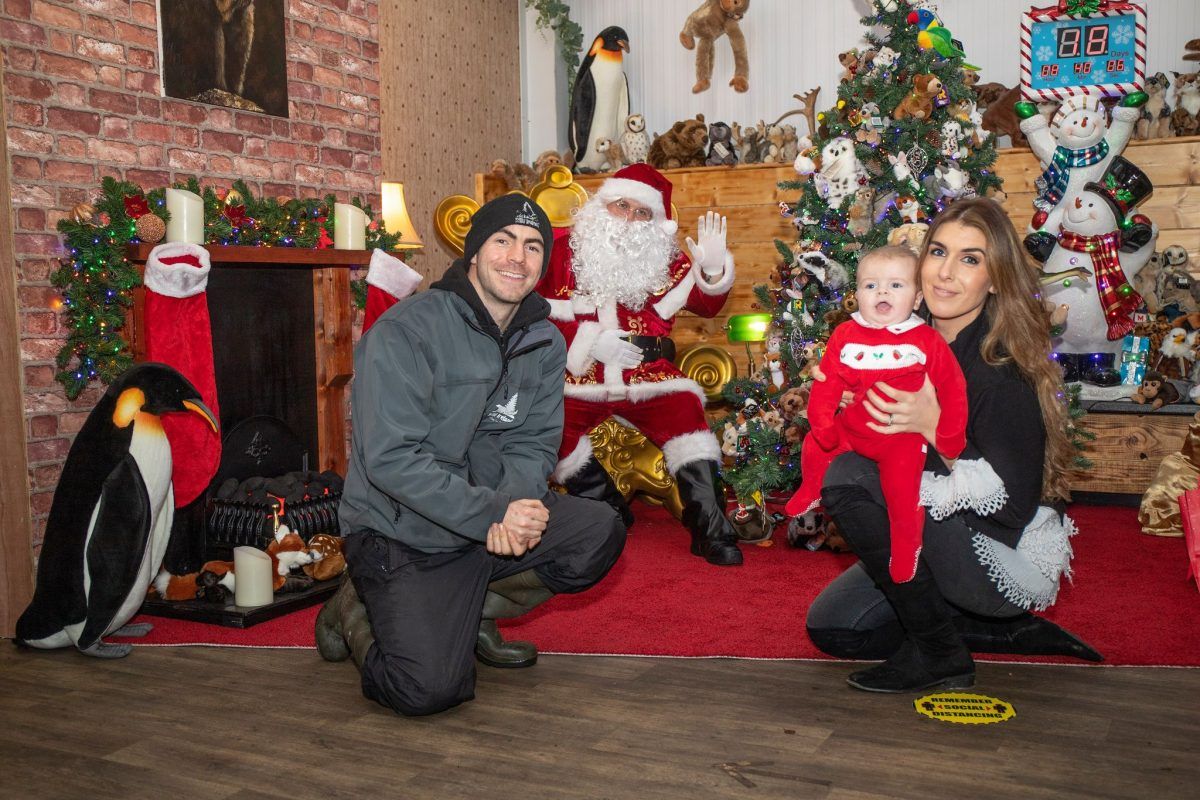 On a personal note, the McLaughlins celebrated the birth of their firstborn son in June.

Baby Rigan, who met Santa for the first time last week, is already showing an interest in the animals all around him.

“He’s only starting to notice the animals but he’s fascinated. He stares at them and when they play or do anything he starts giggling,” Killian said.

Things are looking up for 2021, he added, with progress on the Covid-19 vaccine front signaling more security for the park.

“We have big plans for the future and a few big ideas. We’ll not say anything yet.”

Christmas guests are a hoot at Wild Ireland was last modified: December 9th, 2020 by Rachel McLaughlin