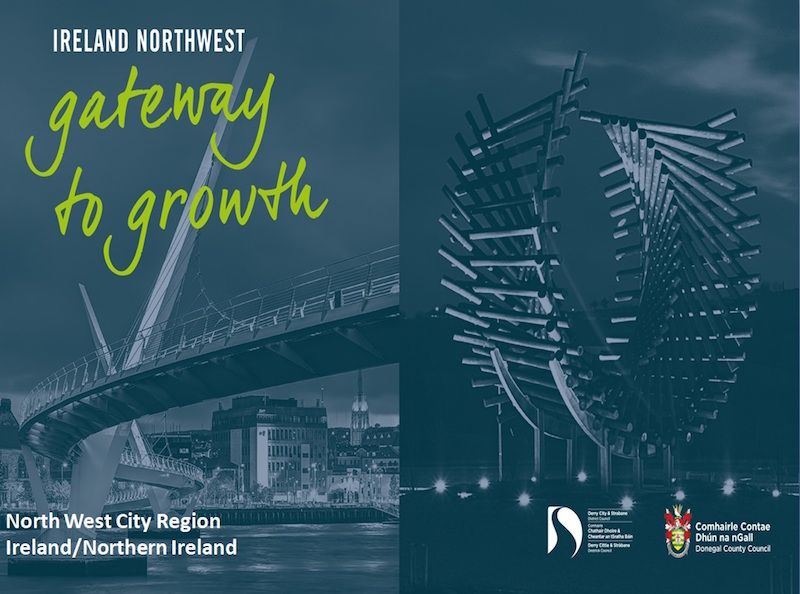 Civic leaders from Donegal and Derry will today take part in a special seminar focusing on the benefits of cross-border collaboration, and promoting the NW City Region Model as an example of best practice for other communities and authorities located alongside international borders.

The seminar is part of a series being hosted by the Council of Europe, and will set out the learnings from the partnership approaches of Councils in the North West to key strategic issues including shared approaches to Trade & Investment, Covid-19, Educational co-operation and Tourism co-operation.

The seminar is one of four events included in the Council of Europe’s Western Balkans programme exploring good practice approaches to cross border co-operation. A planned study visit was due to take place in May of this year but was changed to a virtual platform due to the pandemic.

The series will explore some of the many challenges directly related to the presence of the border and how dialogue and cooperation among citizens and stakeholders can impact on relations and help shared regions to exercise their powers positively and more effectively.

She added “There is great strength in unity. We have so much more to offer as a united region in terms of our capacity as a net contributor to both economies. This is a region steeped in shared cultural heritage and boasting a unique and internationally appealing cross-border tourism offering to name just some of our selling points.

“Better connectivity, uninterrupted travel and trade, and improved educational cooperation are all part of our shared vision and here in Donegal we are committed to developing a vibrant and exciting future with our neighbours in Derry and Strabane.”

Speaking ahead of the event, Mayor Tierney stressed that strong cross-border alliances were essential to economic growth.

“The benefits of collaboration and a joined up approach to shared strategic goals can’t be overestimated,” he said. “The North West City Region has established a strong foundation for growth by maintaining vital communication and effectively utilising shared resources with our counterparts in Donegal, to the mutual benefit of both.

“We have made great strides in building the profile of the North West as a proud and progressive City Region with many unique benefits to offer in terms of its border location connecting north and south. I look forward to discussing this model of unity, and sharing some of our extensive learnings.”

It is hoped that the seminar will be followed by a rescheduled delegation visit to the North West region as soon as restrictions allow.​

“As well as sharing learning, I hope this series will lead to future connections between our two regions- both on the edges of Europe, and both territories which continue to strive for growth and development on the basis of consensus. The North West City Region model, as a local-government led model, has much to offer as an example of strategic co-operation, based on cross-party political support for the things that matter to all communities. We should be very proud of what has been achieved.”

Speaking on behalf of the Council of Europe’s Centre of Expertise for Good Governance, Niall Sheerin, originally from Derry, said: “I was in Sarajevo for an activity with some of today’s participants in March 2017 when Martin McGuinness died. I spoke about his and John Hume’s contribution to peace and development in Ireland and they wanted to know more. In 2019, with the help of Caitriona, I presented the cross-border model from the North-West.

“I’m proud of what we’ve achieved in Derry and I think it is a wonderful example of Best European Practice which can serve as an inspiration to others.” Niall has been living and working in Strasbourg since 2003, where he had the opportunity to meet with John Hume during his MEP days. Inspired by John’s example, and Heaney’s poem, The Bridge, which is posted on the Pont de l’Europe between France and Germany, he has been working to promote European cooperation through the Council of Europe since 2007.

It is hoped that the seminar will be followed by a rescheduled delegation visit to the North West region as soon as restrictions allow.