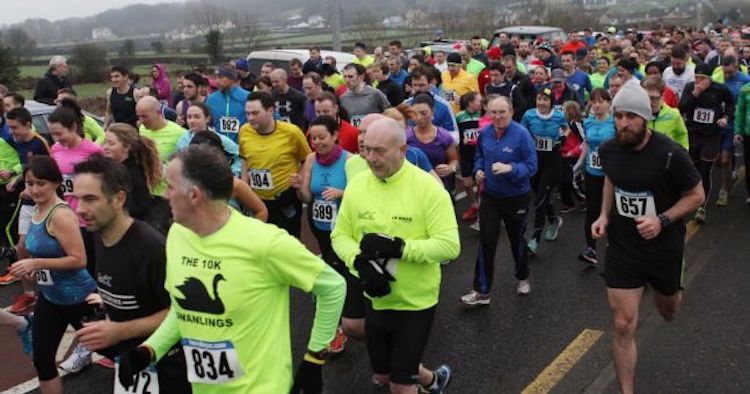 DONEGAL’S longest established road race will continue this year but with added Covid-19 measures in place.

The event began in the early 1970s, initially being held at Drumboe Woods.

“This is about community and about getting people out,” Finn Valley AC Chairman and former Irish Athletics Team Manager Patsy McGonagle said.

“It began with maybe 15 or 20 people running in Drumboe and it’s got to the stages where hundreds have taken part. When times were normal, anything up to 800 people would turn out.

“It’s an established event and it’s an important annual fundraiser for the club.”

Some of the world’s leading lights in athletes have taken part in the past with Olympic champions Mo Farah and Vivian Cheryuiot previously competing.

Donegal athletics icon Danny McDaid was a regular in the early years and Irish Olympian Mary Cullen is another former competitor.

This year, the event will be held with some modifications in line with Covid-19 guidelines.

Participants will be set off in pods of 15 or in separate family units between 12 noon and 1pm.

The run will start outside the Finn Valley Centre and will finish on the track.

McGonagle said: “We have had challenges before with the race. In 2010, the really bad winter, the weather posed a serious challenge. We have had problems before, but we have always overcome.

“This year’s event leads us into the 50th anniversary year for the club and we’re looking forward to welcoming people out in a safe, controlled environment on St Stephen’s Day.”

Entries can be submitted here: https://register.enthuse.com/ps/event/FinnValleyACStStephensDay5k?fbclid=IwAR0aopBwAVCxqlTBlQP0AdFDC-Y5Mw9ml8aOIyU2H-gIM0ZzES1jBWNa020