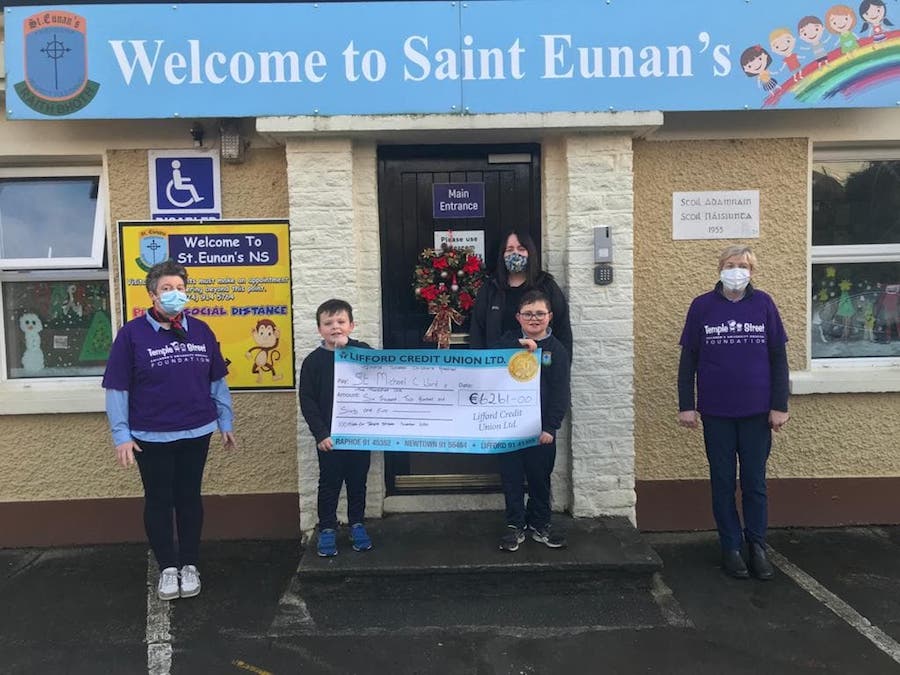 IN LATE October, Aileen McCullagh was approached by two special needs assistants at a Raphoe school with a fundraising idea.

Ms Jeanie Gillen and Ms Louise Cullen, SNAs at St Eunan’s National School in Raphoe, were keen to do a fundraiser on the anniversary of Christian McCullagh’s kidney transplant in 2012.

The idea of clocking up miracle miles for St Michael’s C/Renal Transplant Ward at Temple Street Children’s Hospital was formed.

This week, Aileen was able to hand over funds of €6,331. There were even donations coming in after the presentation cheque was written such was the popularity of their efforts.

Aileen set herself a target of walking 100 Miles for Temple Street. The attempt to go 160km was well surpassed with Aileen managing 270.46km over November. 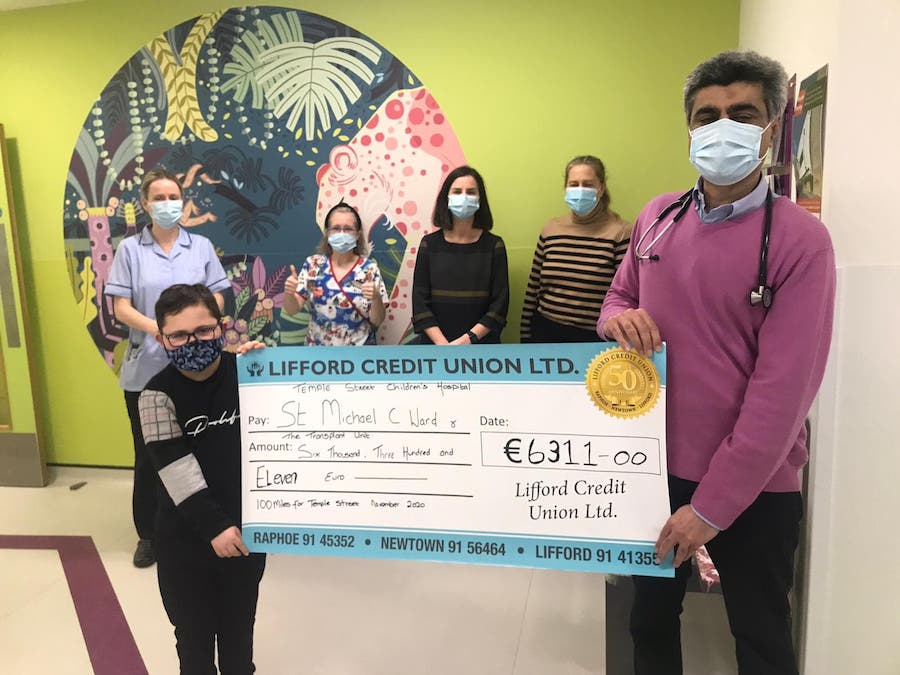 Others took part and some in the Raphoe met up with Aileen to clock in the kilometres.

“The community really came together to get the miles done and it was brilliant,” a proud Aileen said.

“I am so grateful to everyone who took part and donated. I have to thank everyone for the good wishes, the beeps and waves when passing and everyone who met for a walk or others who offered and I didn’t get a chance to meet.”

Christian McCullagh has been attending Temple Street since 2012. His father, Gary donated a kidney to preserve his young son’s life.

Gary is a former Ulster welterweight champion who is now the head coach at Raphoe Boxing Club. 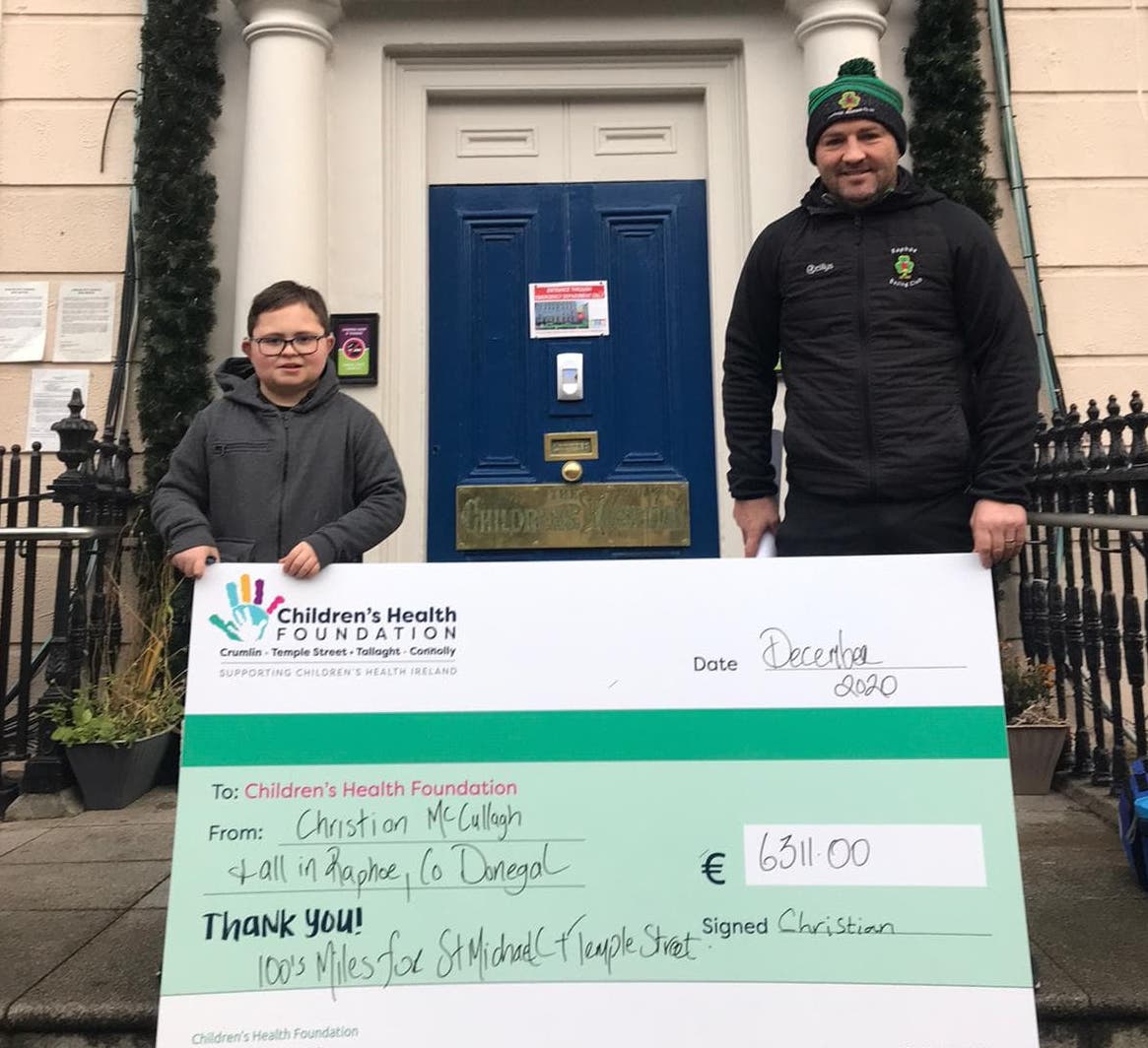 Christian McCullagh and his dad Gary outside Temple Street.

Christian is in fifth class at St Eunan’s NS and the Campbell/McCullagh family accompanied Aileen throughout the challenge.

Aileen said: “The transplant gave us a life in our wee family and let Christian have a childhood. He really has been through so much, but he just gets on with it and it hasn’t held him back.

“He is a great young boy and is full of life. All our family and friends have been so supportive and everyone had great fun. We met so many people socially distant who were so supportive with a simple thumbs up or a wave when out and about.

“It was so heartwarming so see people go the extra mile.” 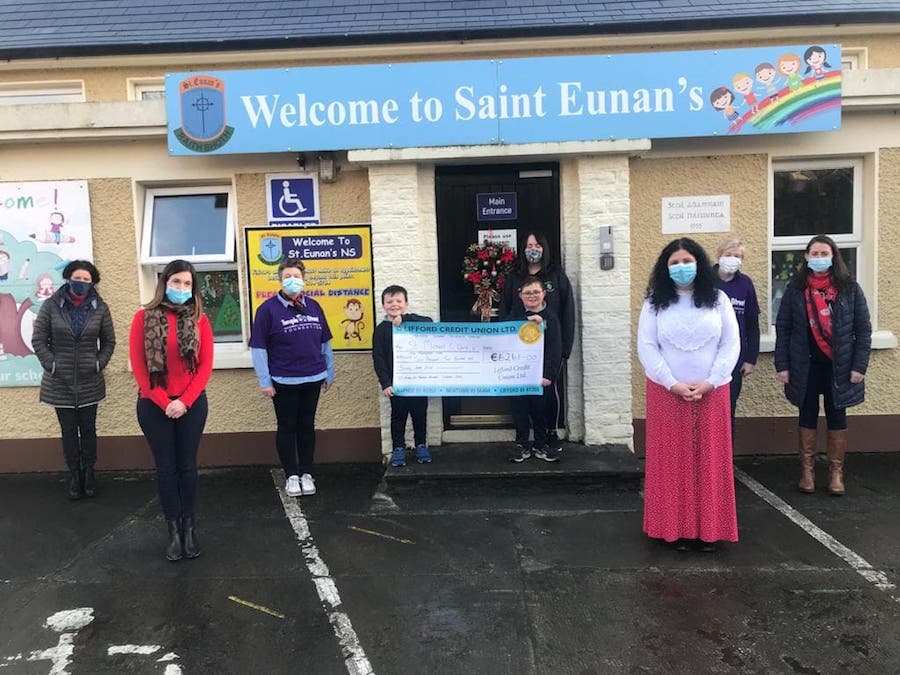