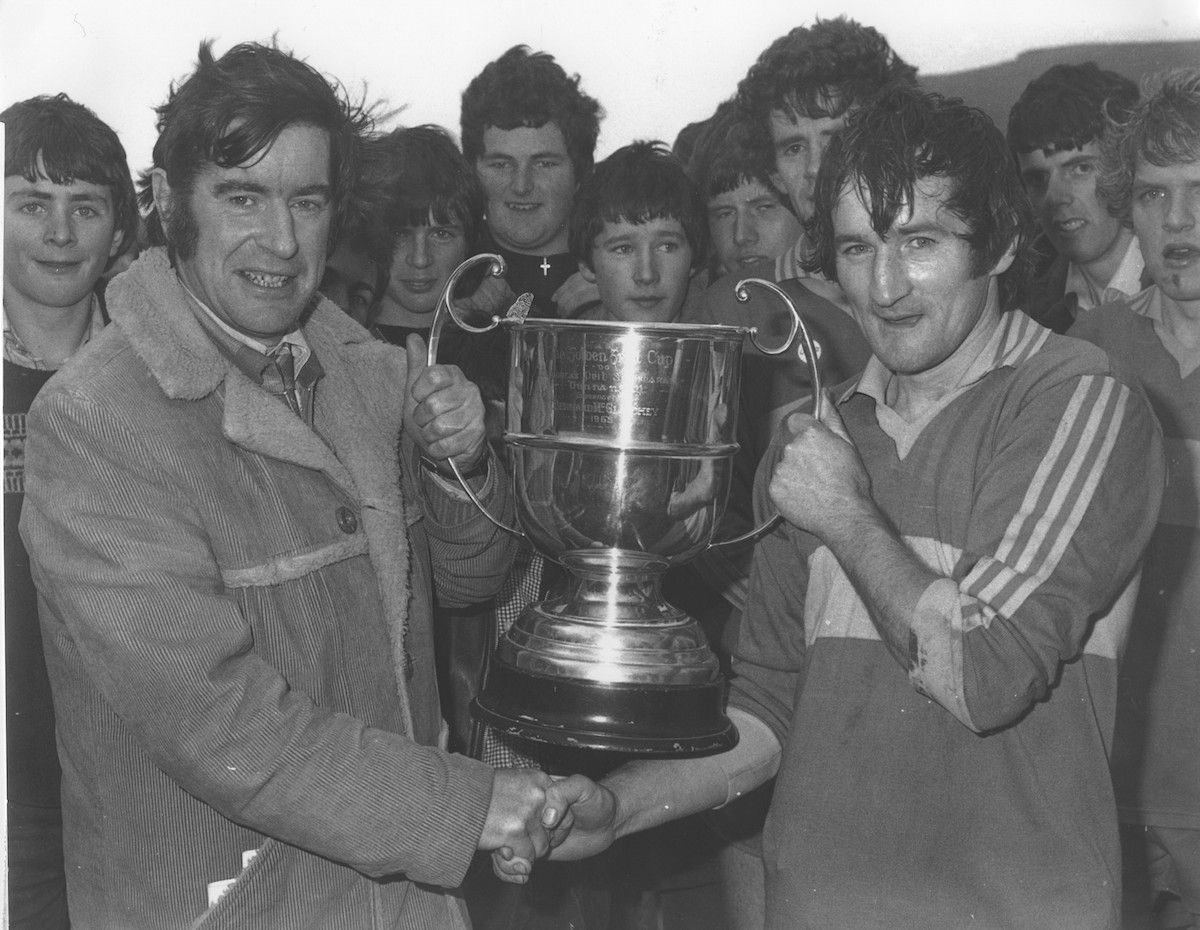 The late Mr Gillespie, affectionately know as ‘The Chief,’ passed away 78.

Michael, late of Largydaughtan, Kilcar was the Donegal County Board Chairman from 1980-1987 and became the first Donegal man elected as a Trustee of the GAA in 1994.

His administrative career in the Association began in 1962 when, aged just 20, he became secretary of the Kilcar club.

A year later, he was the team trainer when Kilcar reached the Donegal senior football championship final, losing to Sean Mac Cumhaills.

When he was just 13, Michael went to Coláiste Éinde in Galway.

He became friendly with Joe McDonagh, who later became President of the GAA, and he was a classmate of Ardara’s Bart Whelan, with whom he would strike up a partnership on the County Board.

He studied at St Patrick’s, Drumcondra and he taught in his native Kilcar until his retirement in 1993. He also taught at the Irish College in Teelin, where Tyrone GAA stalwart Art McCroary was among his peers.

He served at Divisional Board level in the GAA and also spent time as Chairman of the Kilcar club. He was instrumental in the development of the pitch at Towney and was heavily involved in Comórtas Peile na Gaeltachta.

At the 1980 Donegal GAA Convention in Downings, Michael was elected County Chairman when he beat sitting chair Francie ‘Rua’ Cunningham from Glen by one vote.

The following year, in Milford, Cunningham was elected as the treasurer.

Michael was succeeded by Charlie Faulkner in the chair in 1987 at a convention held in Ballyshannon.

Together with Whelan and Cunningham, he formed a formidable partnership.

In the 1980s, he aided in the formalising of the 90-day sanctions for players going to the USA to play during the summer months.

He had the proud honour, in his first year as County Chairman, of presenting the Dr Maguire Cup to Kilcar captain Sean McGinley.

In 1990, he became Donegal’s Central Council delegate before being made a Trustee of the Association in 1994. A Hall of Fame Award was bestowed by Donegal GAA in the 1990s, when serious health issues and a series of surgeries saw him step away from his leading roles.

He is survived by his wife Bernadette, son Gregory, grandchildren and a wide circle of family and friends.