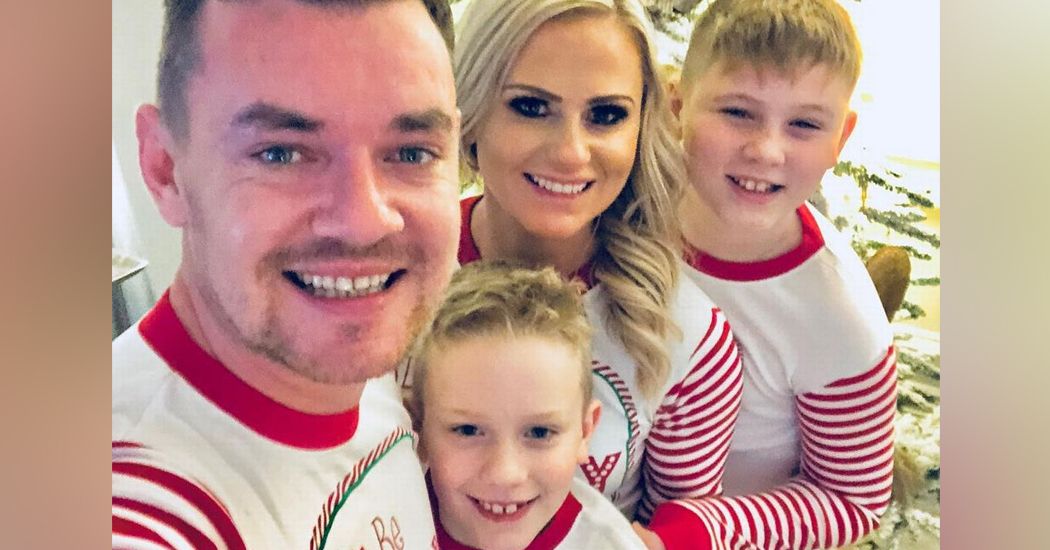 The Dublin native said he fell for his beautiful wife, and for Donegal, immediately.

Danny’s wife is his Mrs Brown’s Boys co-star Amanda Woods, who hails from Manorcunningham. The pair married in 2007 and have two boys, Jamie (aged 14) and Blake (10).

Speaking to the RTE Guide, Danny revealed that he moved in with Amanda’s family just days after they met for the first time in a Letterkenny pub.

“I didn’t even ask if I could move in, it sort of happened by accident,” he said.

“I stayed and then I never really went home. Her mam sort of adopted me.”

Meeting Amanda was a life-changing event for Danny, but it also led him to find inspiration for his acting work!

“Her Mam is an absolute dote. I get a lot of stuff from Mrs Brown from her mam,” he said.

Danny’s heart now lies firmly in Donegal, he said.  “Amanda wanted to move to Dublin and I was like ‘No f*cking way, I am staying here, I love it up here’. It wasn’t intentional but 19 years I am here. I am basically a Donegal man now.”

Danny and Amanda’s boys also star in Mrs Brown’s Boys, and this Christmas they will be watching the new episodes from home in Donegal.

Their Christmas tradition, he said, involves watching the special twice over.

He said: “Jamie and Blake generally get up around 5.30am to see their presents and in the evening we all usually go to Amanda’s parents to watch Mrs Brown. We record it and watch it again when we come home. It’s tradition to watch it up there with all the kids and everyone sits around.

“Then we come back to the house and watch it for real and criticise ourselves.”

Mrs Brown’s Boys will be back for its two festive episodes on Christmas Day and New Year’s Day.

‘I love it up here’ – Danny O’Carroll reveals he’s a Donegal man at heart was last modified: December 12th, 2020 by Staff Writer