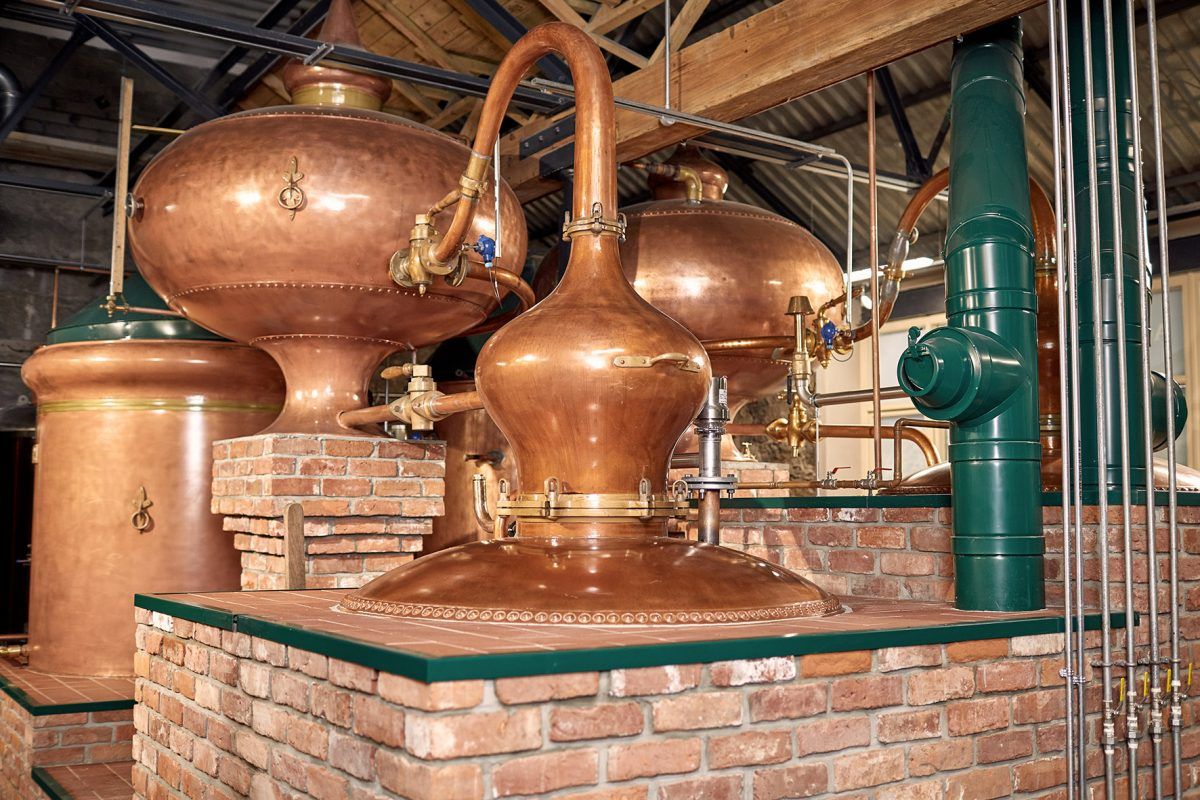 The first cask in the Crolly facility – the brainchild of three Donegal businessmen, Joe Devenney, Kieran Davis and Conor McMenamin – was filled last month with 12 casks filled on the first day.

There is a real international feel to the distillery. The Head Distiller is Brazilian Julio Diana, who lives in Stranorlar and the Master Distiller, Jack Mayo, was, before the Covid-19 restrictions kicked in, a weekly visitor to Crolly, having flown in from his base in Scotland to Carrickfin Airport.

Patrons are invited to Crolly Distillery’s 180 Club. A large number of casks, containing what will be fine malt whiskey, have already been sold.

“Donegal barley is the best in Ireland this year,” Kieran Davis said.

“We can buy unmalted barley from Newtowncunningham”, Conor McMenamin added.

Members of the 180 Club will be publicly acknowledged in the Visitors Experience and is also a unique opportunity to acquire Donegal’s first whiskey in 180 years and also provide backing to local employment and tourism.

It is during that Visiters Experience where that history can be relayed – not just the chronicle of the building itself but of the Crolly locality and surrounds. Distilling both whiskey and the spirit of the past and present.

“We will give tour guides of the building, focusing on the history and heritage of all the businesses that operated here,” Conor adds.
Those businesses, steeped in the lives of local families for over a hundred years, included a carpet manufacturer that developed into the globally renowned Donegal Carpets; a soft toy manufacturing outlet; and consequently the famous Crolly Dolls factory.
The history of each will be outlined in the Visitors Centre that will generate an added impetus to the primary function. And here locals and tourists alike will, when this aspect of the Crolly Distillery is completed next year, be able to drink in the heritage that has encapsulated this rugged and picturesque area. And savour a drop of the hard stuff – coffee or tea!

The investment term is five years, with no entry or exit fees.