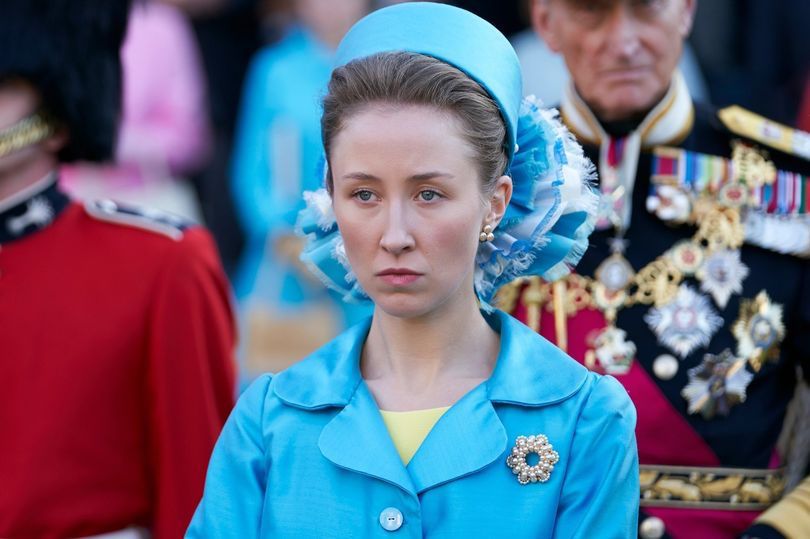 Crown star Erin thanks Donegal grandfather for her success

The Crown star Erin Doherty has thanked her Donegal grandfather’s thick accent for sparking a curiosity in her to start acting.

Erin has shot to fame starring as Princess Anne in the hit Netflix series.

Although she was born and reared in West Sussex in England, she says she has a love of Ireland and would love to have a cottage here,

She said she blames her Donegal grandfather’s thick Carndonagh accent for igniting her curiosity in people and their speech and mannerisms.

She recalled her grandfather collecting her from school and how she was even a little scared of him.

“I remember being so scared of him because his voice was so booming and his accent was so thick, he sort of became this fantastical figure I could barely understand but knew I didn’t want to get on the wrong side of.

“He’s probably where my fascination with speech comes from and how our voices can have a huge impact on our relationships and how people see us,” she told Irish Tatler.

The 28-year-old actress has been lauded for her portrayal of the teen era of the princess, with her slightly bratty attitude and bouffant hairdo stealing the show in season three.

But before taking on the role of the young princess, and only daughter of the Queen, Erin admitted she wasn’t much of a royal watcher and had to learn a lot about her character.

She said: “Before watching the first and second series of The Crown the royals were so removed from anything that I identified with that I’d kind of forgotten about them – I honestly got off the phone with my agent when I found out I’d gotten it and I had no idea who Anne was.

“So I came in clean and was like ‘Right who is this woman?’”.

Erin, who admitted she soon “fell in love with her” added: “Don’t we all want to be that person who is fearless and says what they really think and not apologise for it?

While she may not have been a “royal watcher”, she was a huge Crown watcher, and admitted she still finds herself having to pinch herself working alongside the award winning stars of the show like Helena Bonham Carter.

“I don’t think I’ve ever gotten over it. In a way that was part of my process preparing the first time around I was thinking, ‘Erin, you’ve got to do your job and do it well whilst remaining cool and not fangirling over Olivia Colman.

“Everything in me wanted to, I just wanted to sit there and talk to her as a fan.”

But with season four now completed, it’s time for The Crown’s changing of the cast and she told she’s more than happy to slot back into being a fan of the show from the comfort of her own home.