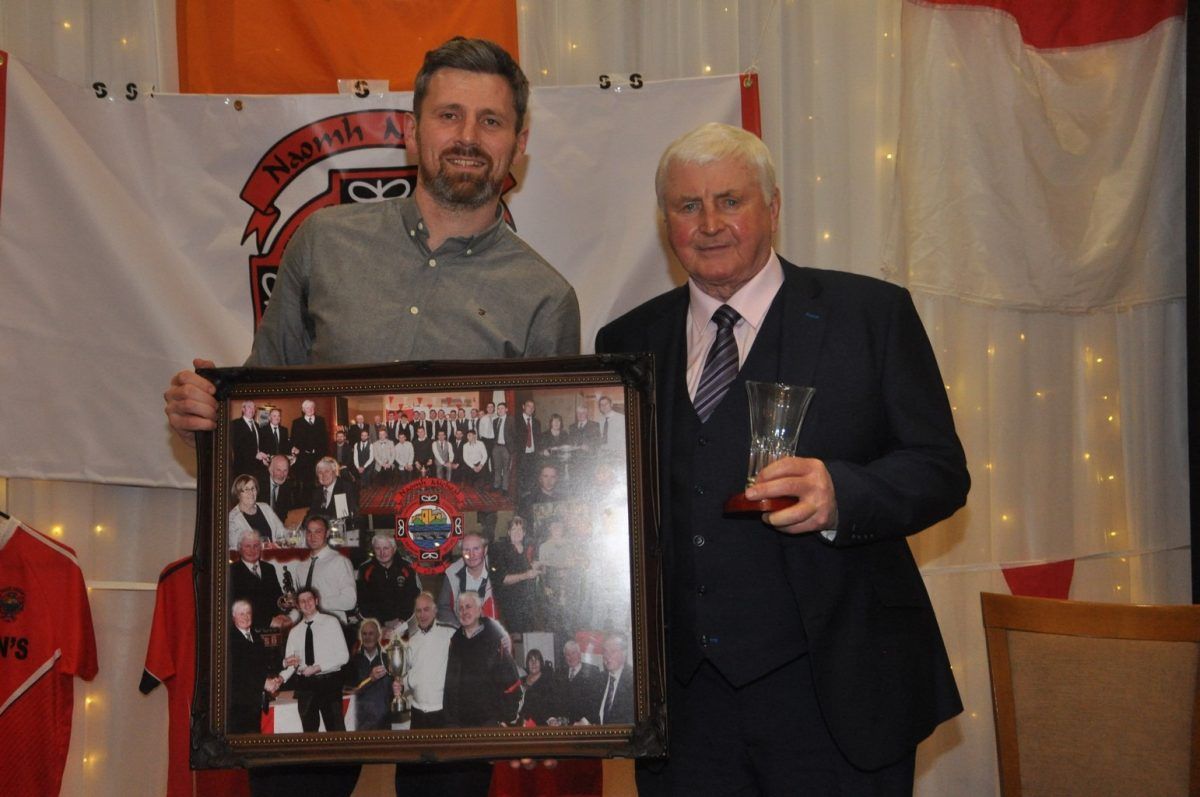 MICHAEL McColgan has been appointed as an honorary president of the St Michael’s GAA club.

Picture: Michael McColgan being inducted into the St. Michael’s Hall of Fame in 2019 by Christy Toye, 2012 All Ireland winner.

McElhinney said he has associated Michael with St Michaels as far back has he can remember.

“His dedication and commitment to the club can only be admired,” he said.

“He has served in numerous roles from Chairman to team manager and to this day he continues to serve on the committee.

“Michael is worthy of the honour bestowed on him.”

The proposal was seconded by secretary Ann Marie Kelly and adopted by the meeting.

Michael, who was inducted into the club’s Hall of Fame in 2019, joins Brian McGinley as Honorary President of the club.