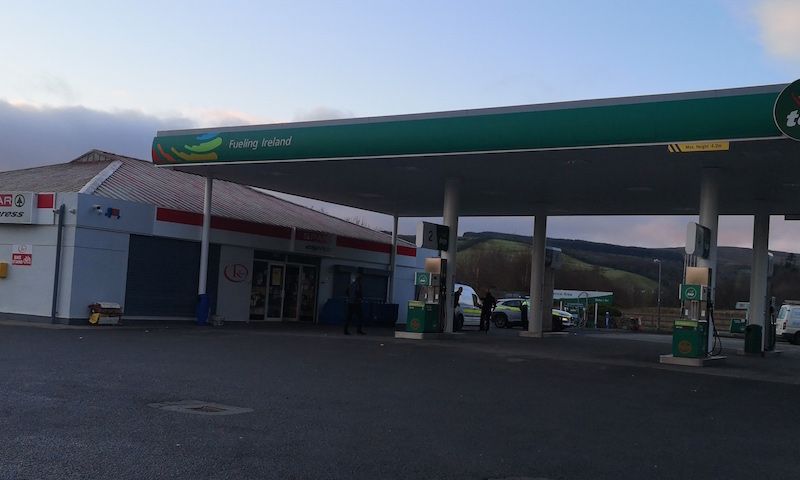 Gardaí are at the scene of a popular service station on the outskirts of Letterkenny following an overnight attempted burglary.

Kernan’s Service Station at Tullygay near Glenswilly was targeted in the early hours of this Tuesday morning. Power to the security cameras had been cut and one of the shutters at the front of the premises was damaged, but no entry was gained to the building. The siren from the alarm was stolen, gardaí report.

Investigating gardaí are now examining whether an Audi A6 car found crashed in West Donegal is linked to the incident.

Gardaí are searching the Glenties area for the driver of the vehicle and appealing to the public to report any suspicious persons. The only known description of the suspect at present is that they are 5 ft 9 inches tall and wearing dark clothing.

It is possible that another vehicle was involved, however no further details are known of the second car.

It is unclear what damage was done or what was taken in the robbery.

A number of Garda cars are at the scene of the filling station and the shop remains closed at present. A Garda forensic team is also at the scene.

People in Glenties are being asked to keep their eyes peeled for any suspects who may take cover in outhouses, yards and sheds. If a suspicious person is sighted, people are warned not to approach them and to call gardaí.