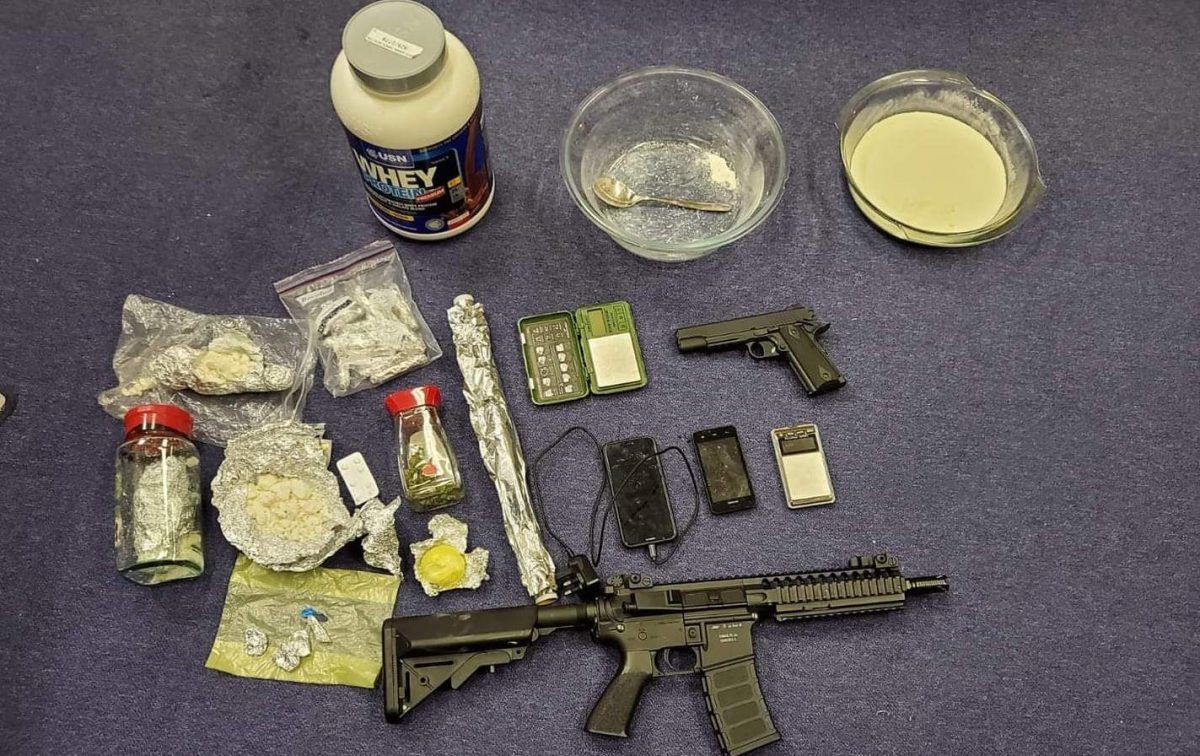 Gardai in Donegal Town have arrested two men following a raid on a house this evening in search of drugs.

A quantity of drugs including amphetamine, cannabis, mixing agents as well as weighing scales was found in the raid.

Two replica firearms as pictured above were also seized.

Two men were arrested and are currently in Garda custody.