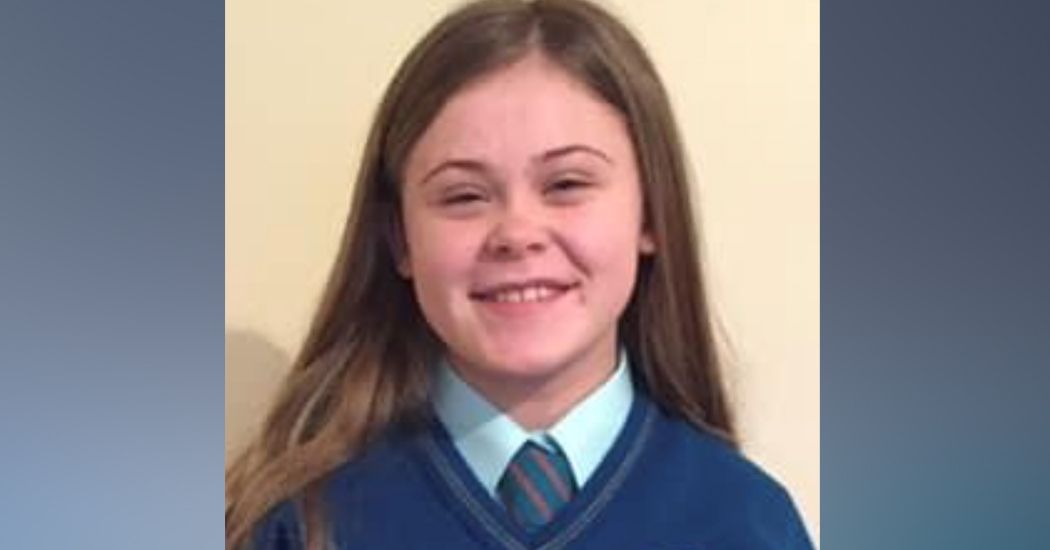 Communities across Donegal are united in heartbreak following the passing of 14-year-old Aimee Devenney.

A student of Coláiste Ailigh Letterkenny, Aimee is mourned by family in both Letterkenny and Ranafast. Her death has been met with widespread grief and an outpouring of condolences to her family and friends.

Students at Coláiste Ailigh shared an emotional tribute today in memory of their beloved friend and classmate. A virtual recording of ‘Away in a Manger’ has been dedicated to Aimee, who has been remembered as a friendly and cheerful girl who will be greatly missed.

Funeral Mass for Aimee Devenney will take place at St. Mary’s Star of the Sea Church, Annagry on Friday morning (Dec 18th) at 11am with burial afterwards in the new cemetery.

“Her remains will repose at the family home in Ranafast tomorrow, Wednesday, 16th of December, from 4pm.

“Funeral Mass in St. Mary’s Star of the Sea Church, Annagry on Friday morning (Dec 18th) at 11am with burial afterwards in the new cemetery.

“Family flowers only please. Donations in lieu to the Asthma Society of Ireland.

“Aimee’s Funeral Mass can be viewed live on Kieran Roarty Funeral Director facebook page or on the Annagry Parish webcam.

“Wake and funeral are strictly private to family and close friends only.”

A book of condolences has opened at Áislann Rann na Feirste for the community to pay their respects to the Griffin and Devenney families. The book will remain open until next Tuesday evening, 22nd December at 5:00pm.