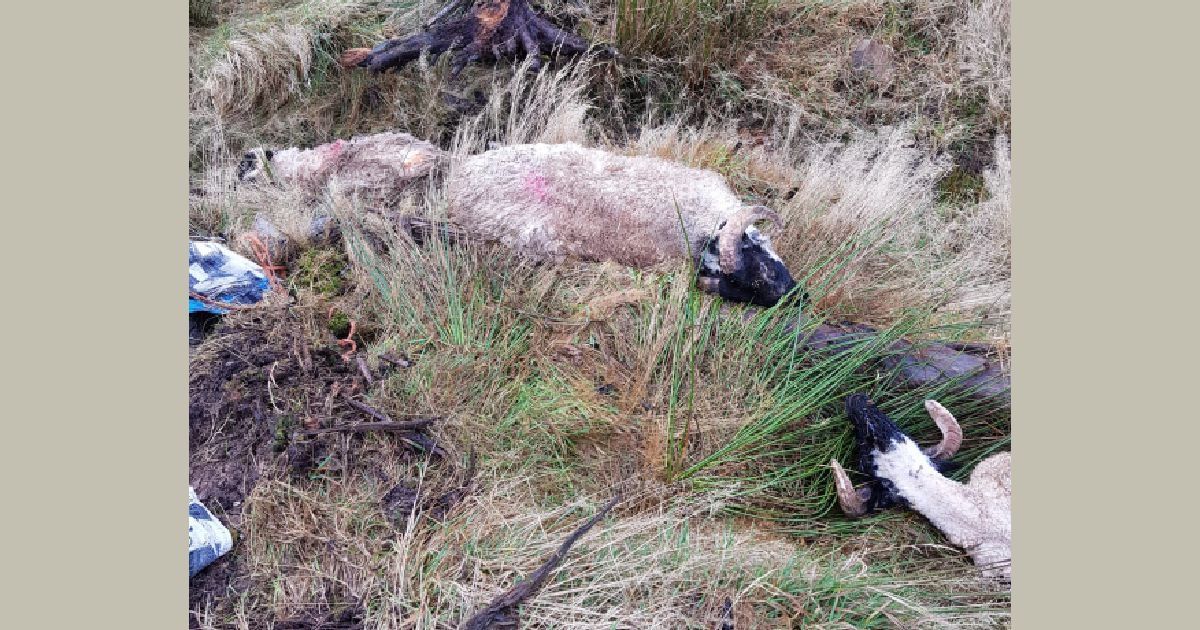 SEVEN dead sheep have been found in a forestry near Killygordon.

The discovery was made at Meenagoland, Killygordon, close to the Donegal-Tyrone border.

The grim find is the second such incident in the area in recent months.

Some of the sheep have distinctive markings and Donegal County Councillor Patrick McGowan has called on the Department of Agriculture to intervene.

“The Department needs to be more hands on in investigating dead animals that are being dumped illegally by unscrupulous owners,” Cllr McGowan told Donegal Daily.

“All too often the Council and Coillte are left with the expense of disposing of these dead animals and are not offered any assistance from the Garda or the Department of Agriculture in tracing the people responsible.

“Coillte and Donegal County Council are working together to survey the site to try and find any evidence that could give them a lead as to the people that are responsible for this despicable  dumping in a scenic area.”

Authorities hope that there will be some clues among the items left behind as to the identity of the culprits.

Cllr McGowan said: “No one is going to try and find out what cause the death of these animals or carry out DNA tracing that some locals believe can help identify and trace who the animals were registered to as the ear tags are removed.

“What did these sheep die of? Will there be any tests carried out? It is very, very serious.

“It’s not right and fair to leave this with Coillte and the Council. The Department need to get more involved in this investigation.”