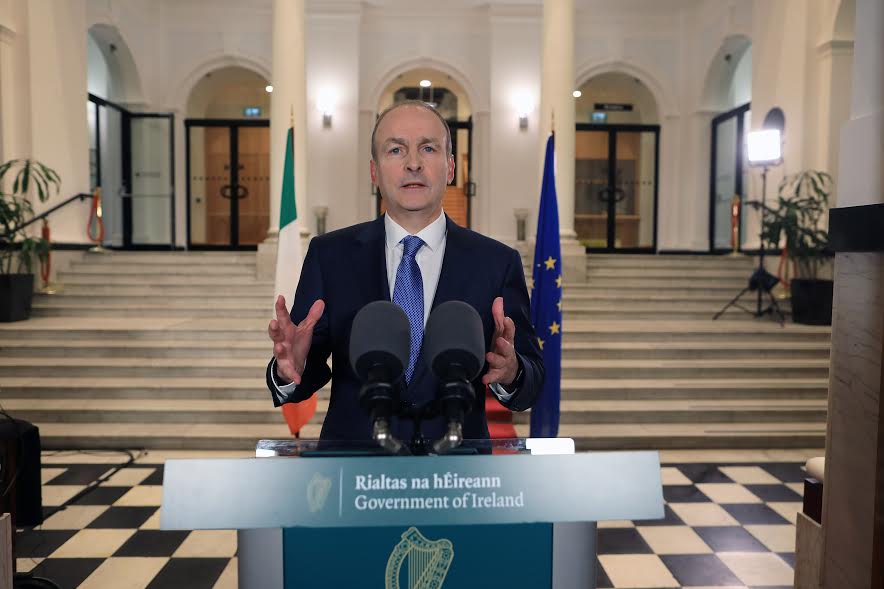 Further lockdown restrictions will be imposed across the country between Christmas Day and New Year’s eve because of rising Covid cases.

He said NPHET recommended for household visits to be restricted to one before the end of the year while the hospitality sector may also see further restrictions.

32 of these cases were in Donegal.

Speaking on RTE’s Six One news, the Taoiseach said: “NPHET will be recommending to Government that we would bring in restrictions before the end of the year.

“In other words, the anticipated period of going from tomorrow to the 6th of January would be shortened.

“That’s one household could visit another.

“I haven’t seen the full correspondence from NPHET but the CMO was anxious to give me a heads up given his concern.”

According to Martin, Chief Medical Officer Dr Tony Holohan is concerned that the numbers of people being diagnosed with Covid-19 are rising across all age cohorts.

The Taoiseach said: “Whereas in most of the second wave, it was the lower age cohort, which meant impact on hospitalisations and ICUs was not as significant.”

The Taoiseach also said he believes the Government will take NPHET’s advice “very seriously” and will be in a position on Tuesday to make a decision.

He stated the intention is to “give people plenty of notice in terms of whatever decisions Government make.”

He also said Christmas will be unaffected with any restrictions likely to come into effect before New Year’s Eve.

However, he said the timing and specific nature of the restrictions will have to be decided by Government.

Speaking at this evening’s Department of Health Covid-19 briefing, Dr Holohan said NPHET were “deeply concerned” by the current situation.