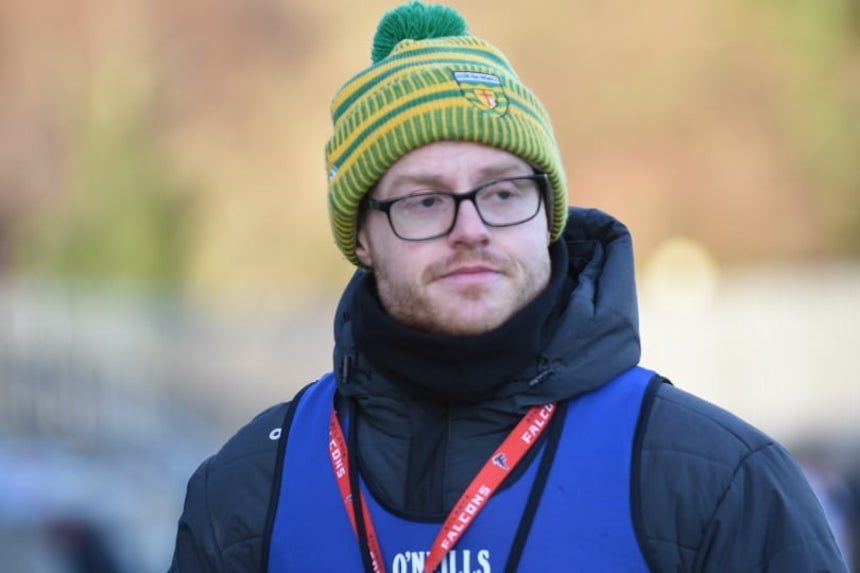 IT HAS been the longest of campaigns for the Donegal minors and yet it was ended in a puff of smoke.

Almost 14 months ago, Luke Barrett gathered his Donegal minors in a huddle to begin preparation for 2020.

Covid-19 put a halt on their season and, their altered-Championship ended in a hour with an agonising 0-8 to 0-7 defeat by Tyrone this afternoon.

“There is a devastated group of going men in there,” Barrett said with the look of a man whose mind was asking: ‘What if?’

“Understandably so. They left everything behind them on the pitch.

“I couldn’t be any prouder of them to be honest. We said that we wouldn’t leave anything out there.

“We pressed them very high and caused them a lot of problems.”

With the Christmas bells jingling in Ballybofey, five points from Ruairi Canavan put Tyrone through to the semi-finals.

Donegal were 0-4 to 0-3 ahead at half-time and briefly moved three in front but Tyrone – who endured a 25-minute spell without a score – inched their way to the driving seat.

Barrett said: “We were a wee bit disappointed with the manner of the first couple of scores that they got. They got them a bit easier than we would have liked.

“We had well planned and we knew it would be a very tough game with the pitch, conditions and the time of year.

“The reality is that Tyrone were bigger than us in the middle eight and we struggled at times under the high ball. Defensively, we were very good and when we went at them we caused them a lot of trouble. Ir’s a testament to how hard the boys worked.

“They were very physical around the middle eight and we can’t grow big men. They gave absolutely everything and we’re very proud of the effort that they gave.

“We should have pushed on and we got a bit lateral in our play. We missed a couple of chances but they left a few chances behind them.”