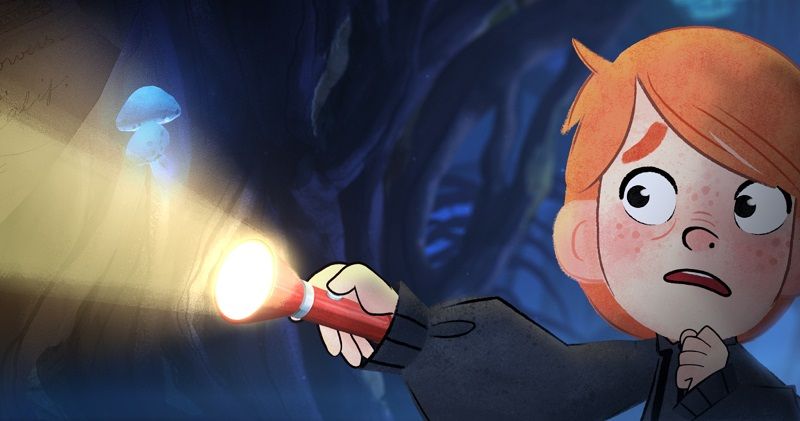 Many Letterkenny links to new film out Monday

A group of talented creatives from Letterkenny is behind a new, uplifting children’s film about grief which premieres on Monday.

Sol – an inspiring film about a little boy’s journey through grief premieres in Ireland and the UK on the darkest night of the year, the Winter Solstice – Monday 21 December at 6:30pm.  The animated, 28-minute film aims to bring light and comfort to families with young children as the darkest year in modern times draws to a close.

Twelve year old Zana Akkoç – a first-year student at Coláiste Ailigh – takes the lead role as Sol, a boy whose world is plunged into darkness when his beloved grandmother dies. The film explores the different aspects of grief (shock, yearning, disorientation, and resolution) through the eyes of a child. But Sol’s message is uplifting.

Sol is the brainchild of director, Grainne McGuinness and has been produced by Gavin Halpin – both of whom hail from Letterkenny whilst running their award-winning children’s TV production company Paper Owl Films in Belfast.

“Now, more than ever, children need strong visual stories to help them deal with unfamiliar emotions and to inspire a way forward full of optimism,” McGuinness said.

Sadbh Breathnach – who plays the role of Sol’s young mother – is also from Letterkenny as is Charlotte Kieran, the film’s Animation Director.

The Donegal connections extend to the main song, which was recorded by Gaoth Dobhair singer Moya Brennan of Clannad.

The film has been created as a vital and relevant resource to help children and families cope with grief and is especially poignant after such a difficult year nationwide.  It is hoped the storyline and characters will help spark conversations amongst teachers, parents and young children about how to manage your feelings after the death of a loved one.

Sol will broadcast simultaneously in Irish on TG4, in Welsh on S4C, and in Scots Gaelic BBC ALBA at 6:30pm on December 21st.  It will also be available to view in the UK on CiTV with English subtitles at 19:30.

Many Letterkenny links to new film out Monday was last modified: December 18th, 2020 by Rachel McLaughlin