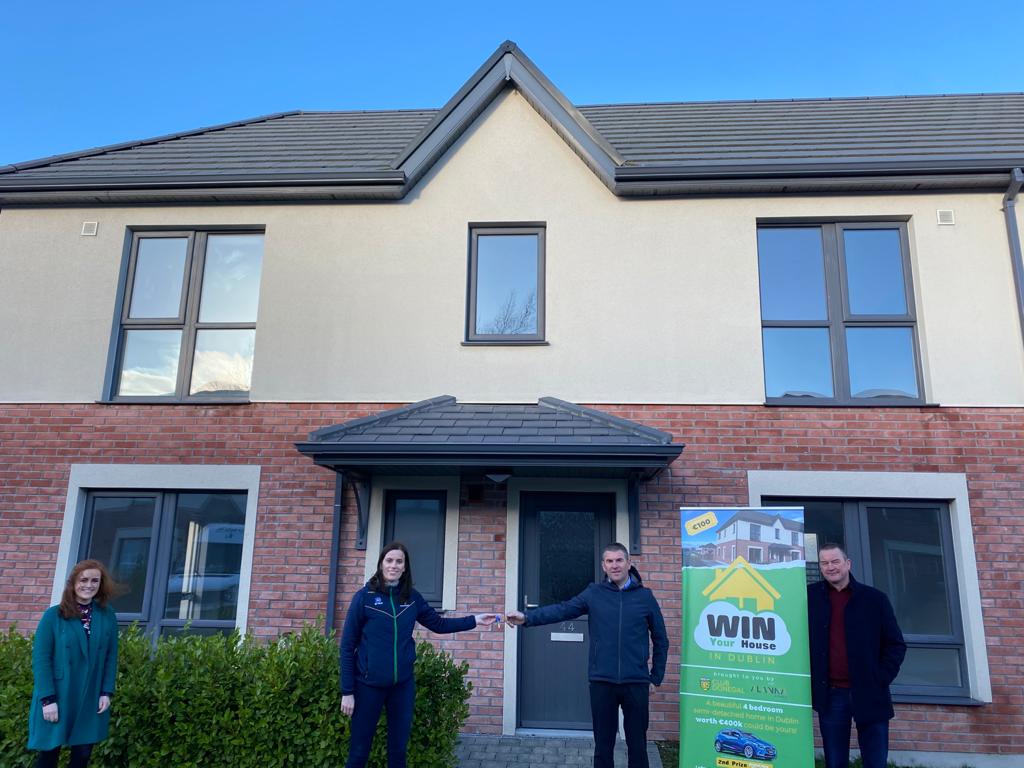 Draw winner presented with keys of new €400,000 house in Dublin

THE winner of the recent Win Your House In Dublin Draw has been presented with the keys to his new house in Citywest.

Convoy man, John Anthony McMullan, made the trip to the capital on Sunday and accepted the keys of the four-bedroom, semi-detached house worth €400,000 from draw coordinator, Joanne Dawson.

John Anthony purchased one of the 15,000 €100 tickets earlier in the year and his ticket was pulled from the drum by Donegal Person on the Year, Noel Cunningham, at the Club Donegal draw held at start of December.

Reacting to his windfall, the St Mary’s Convoy clubman said he’s been blown away by the well-wishes and kind messages of support from all parts of the county.

“My phone hasn’t cooled with people contacting me and wishing me well,” McMullan said.

“I got a huge shock when I got a call on the night of the draw to inform me that I was the winner of the house. It’s a busy time for me workwise, and it’s been a great end to 2020.”

John Anthony played for localSt Mary’s GAA Club for many years and was part of the Donegal over-40 team that won the All-Ireland masters’ title in 2019.

Proceeds from the draw will go to completing the final phase of work at the recently constructed Donegal GAA Centre in Convoy which cost in the region of €6.5 million.

The big-prize winner is looking forward to visiting the facility in Convoy when restrictions allow.