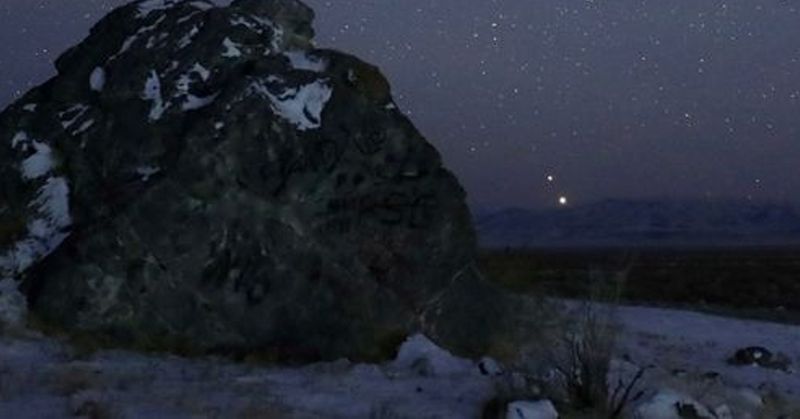 Spectacular ‘Christmas Star’ event to be visible from Donegal

Donegal skywatchers are in for an end-of-year treat tonight when a rare event will create a bright light in the sky on winter solstice.

The planets Jupiter and Saturn are heading towards a “great conjunction”, where they will appear to come together. The brightness of the giant planets and their proximity will make them visible as one light – which has become popularly known as the Christmas Star.

Tonight the planets will appear to be closer to each other than at any time since 16 July 1623. They may seem to be touching, but they are actually hundreds of millions of miles apart in space. It’s our vantage point from Earth that makes them appear to meet.

It’s been 800 years since this phenomenon has happened at night…and it will be nearly 400 years until Jupiter and Saturn are close again.

So, if the skies are clear, make sure to look up and look south west after sunset for the best view.