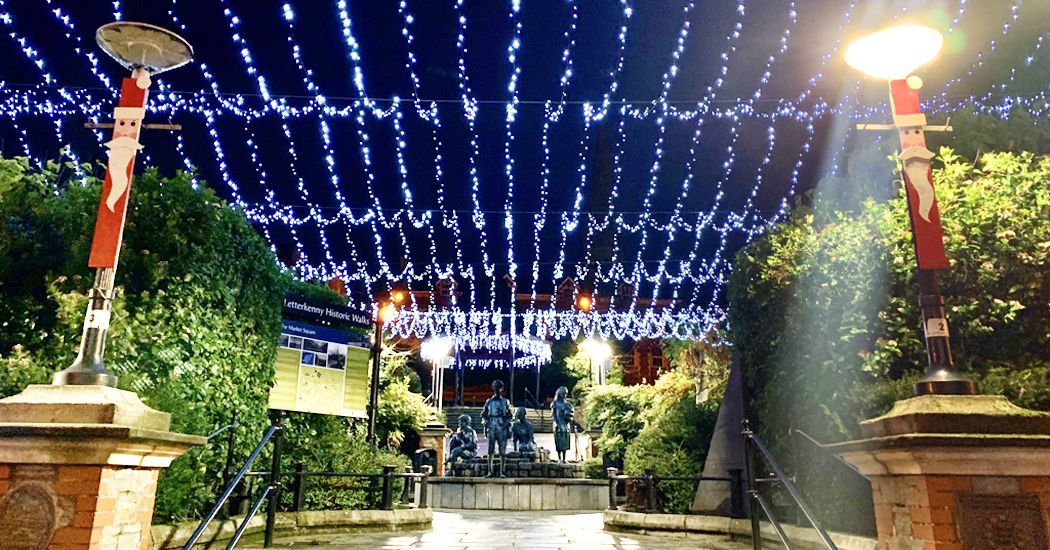 LETTERKENNY’S nativity crib was damaged by vandals at the weekend.

The side pane of the perspex glass covering the crib at the Market Square in Letterkenny was broken.

The incident, which happened at 11.30 on Saturday night, December 19, was captured on CCTV.

Gardaí have confirmed that a male, who was accompanied by a female, came from Upper Main Street before punching the crib and smashing the perspex.

The male is said to be aged approximately in his mid-teens with dark hair, shaved tightly at the back and sides, and was wearing grey tracksuit bottoms, white trainers and a black jacket.

The female was of a similar age with long dark hair. She was wearing black leggings, black and white trainers and a long beige cardigan or jacket.

The two went off in the direction of the Market Square.

Gardai have appealed to the pair to come forward and a spokesperson says that all available CCTV will be viewed in an attempt to identify them.

Anyone who has any information or who may have dash cam footage from the area is asked to contact Gardaí in Letterkenny on  on 074-9167100 or the Garda Confidential Line on 1800-666-11.