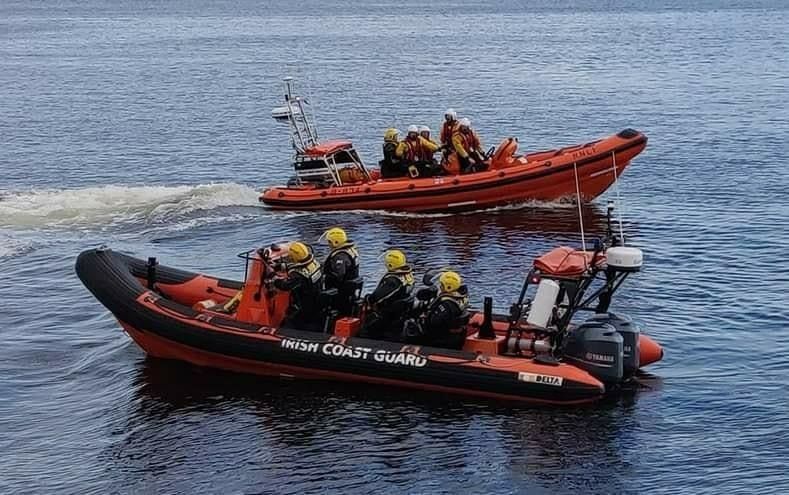 An emergency operation reached a positive outcome today after a boat sank with two people onboard off the coast of south Donegal.

Rescue services were tasked to Killybegs at 12.30pm this afternoon after a 19ft vessel sank into the sea. Two people were onboard at the time of the emergency, and a multi-agency operation was launched to save them from the water.

The Killybegs Coast Guard RHIB was tasked to the area along with Bundoran RNLI Inshore Lifeboat & Irish Coast Guard Rescue 118 helicopter. All other vessels in the area were also asked to help save the sailors.

The two people had made it safely ashore by the time Killybegs Coast Guard RHIB arrived on scene. Coast Guard officers took the two casualties on board their vessel and took them immediately to a waiting ambulance at Killybegs Slipway.

Emergency services have been praised for their response today.

“We wish both casualties a full recovery and our thanks to the local fishing vessels and their crews for supplying hot tea/coffee to them at the slipway,” said a spokesperson for Killybegs Coast Guard .

“We also would like to thank very much Bundoran RNLI, Rescue 118 and also to Killybegs Harbour master and the Harbour staff for their assistance.”