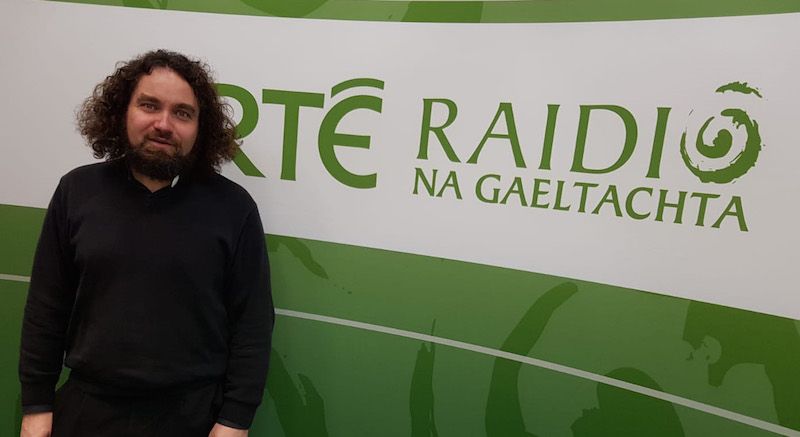 Plenty for Donegal listeners on RTÉ RnaG over Christmas

RTÉ Raidió na Gaeltachta will have a great selection of programmes for Donegal listeners over Christmas celebrating the music, the culture and the people of the county.

On Christmas Day morning at 10 am, an tAthair Brian Ó Fearraigh will bring us his annual reflection on the year that has been, one that was especially challenging for us all. We’ll hear atmospheric Christmas music, reflections and stories to give us hope and buoy our spirits this Christmas morning in the programme Réalta Órga Ríogacha.

On Spórt an tSathairn on St Stephen’s Day at 2 pm, Donegal legend Charlie McGeever, will talk to Paddy beag Ó Gríofa about his playing and coaching careers. Charlie has played football with CLG Chloich Cheann Fhaola and the Donegal intercounty team, and soccer with Fanad United, Sligo Rovers, Finn Harps, and Tottenham Hotspur. He has coached Finn Harps, Clonmel Commercials and the Tipperary intercounty team. 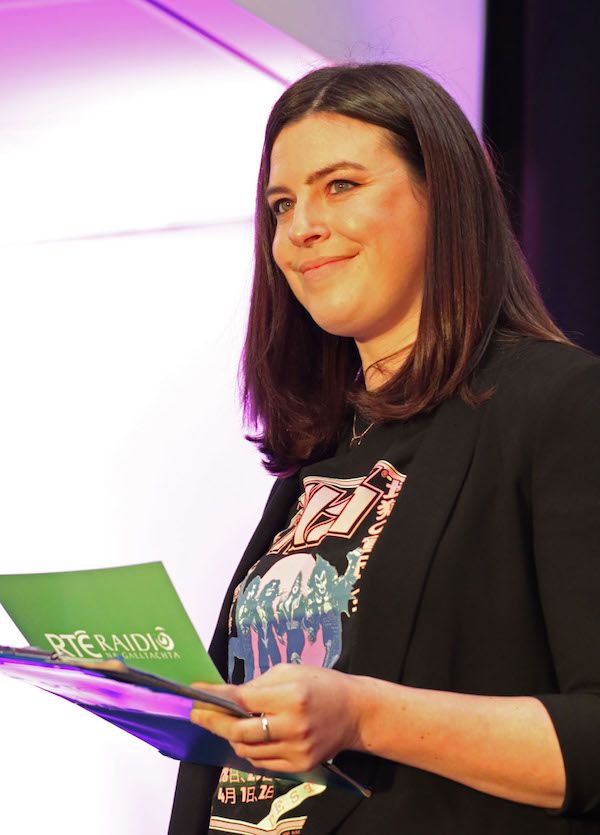 On Monday 28th December at 11 am, Áine Ní Bhreisleáin will presents the history of the Aisteoirí Ghaoth Dobhair theatre group from the 1930s until now, using material from the RTÉ Raidió na Gaeltachta Donegal archives, including extracts from dramas, sketches and pantomimes. We’ll hear interviews from well-known funnyman Niall Ó Maolagáin, from Áine Nic Giolla Bhríde, one of the founders of the group, from Niall Ó Dubhthaigh, who spent years acting with them, and Pól Mac Cumhaill and Eoghan Mac Giolla Bhríde, two of the current directors in the group.

Fiachna Ó Braonáin will present the brand new music series An Seomra Glas over Christmas, where he is joined for each episode by a guest musician for an interview and to hear their music selections. Guests will include Moya Brennan, Iarla Ó Lionáird and Aran Islands singer Pádraig Jack. The programme will be broadcast weekdays at 7 pm over Christmas, starting on Monday 28th December.

Inis Oirthear off the coast of Gaoth Dobhair was one of the first islands in the bay to be abandoned in the fifties. On Tuesday 29th December at 11 am, we’ll learn about a shipwreck, postal deliveries, the fishing industry and the matchmaking on the island in the programme Inis Oirthear: Cuimhní agus Comhrá. 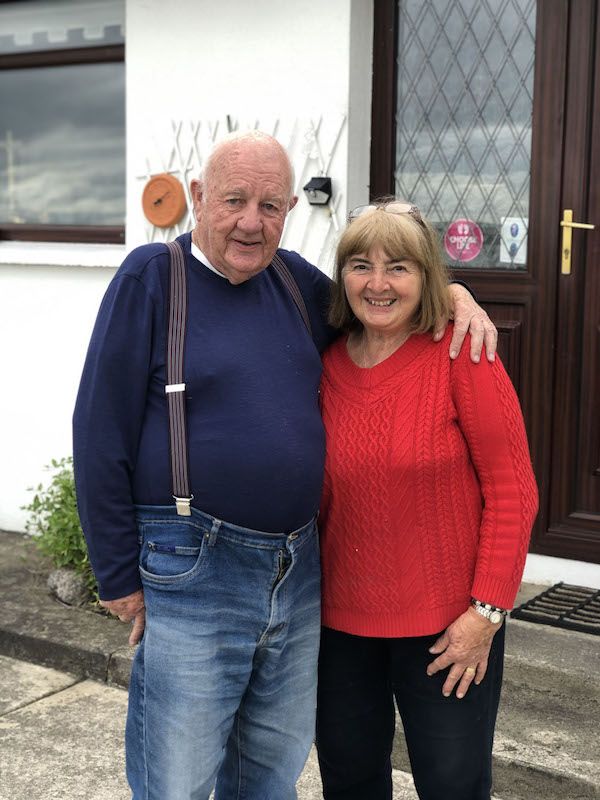 Vincie and his wife Annette

Historic superstitions and traditional cures from the Donegal Gaeltacht areas will be explored in Pisreoga agus Nósanna Dhún na nGall on Wednesday 30th December at 11 am, illustrated for us by contributions from the archives from folklore collector Seán Ó hEochaidh, as well as contributions from Seosamh Mac Eachmharcaigh , Kitty Ned Nic Giolla Bhríde, Eoghan Ó Curraighín and Máire Ní Cheallaigh.

Coláiste Bhríde Irish college in Rann na Feirste has been welcoming students to the northwest to learn Irish since 1926, and Damien Ó Dónaill will explore its history in a programme to be broadcast on Thursday 31st December at 11 am. The college was established initially in Omeath, Co. Louth, in 1912, and was then moved to the Gaeltacht location of Rann na Feirste in 1926 when Fr Lorcán Ó Muireadhaigh found a new home for his college. Over 80,000 students have passed through its doors, including TK Whitaker, Éamon de Valera, Bernadette McAliskey, Pádraig McNamee, Phil Coulter, Pádraig Ó Uallacháin and Cardinal Tomás Ó Fiach. 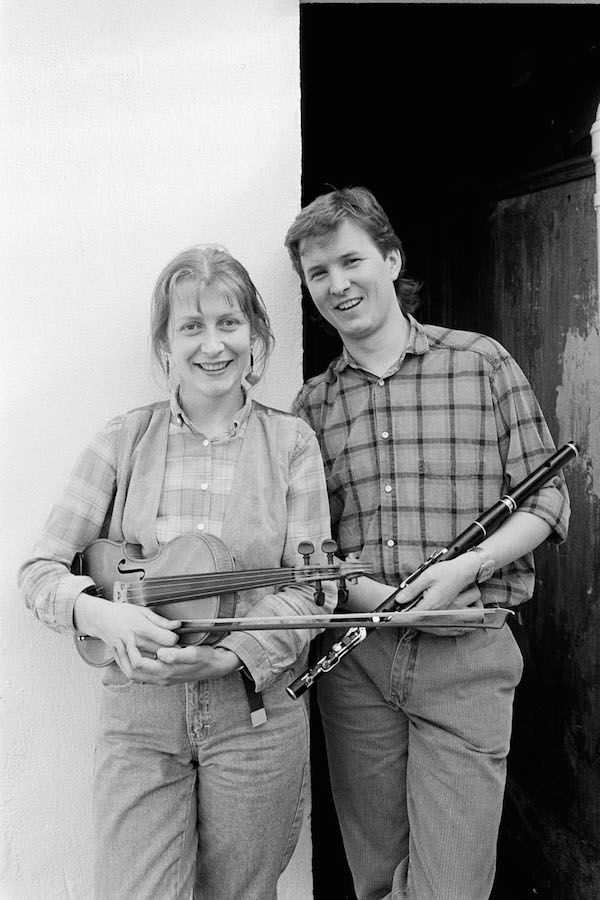 On the first day of 2021 at 11 am, tune in for a selection of some of the best music and interviews from Scoil Gheimhridh Frankie Kennedy and Scoil Gheimhridh Ghaoth Dobhair over the last 25 years , including music from Na Mooneys, Fidil , Na Friels and An Crann Óg.

Last summer, Damien Ó Dónaill called to Uinseann Ó Domhnaill, or Vincie Shíle, from Rann na Feirste to interview him about his life. Vincie had become unwell in 2019, and after many doctors’ visits he was diagnosed with Motor Neurone Disease and told he had just three years left to live. He tells his story to Damien, and you can hear the interview in Uinseann Ó Domhnaill – ‘An Dálach’ on Monday 4th January at 11 am.

That’s just a selection of the great programmes to be broadcast on RnaG over Christmas. Check their website for full details, www.rte.ie/rnag, where you can also listen back to programmes you might have missed. 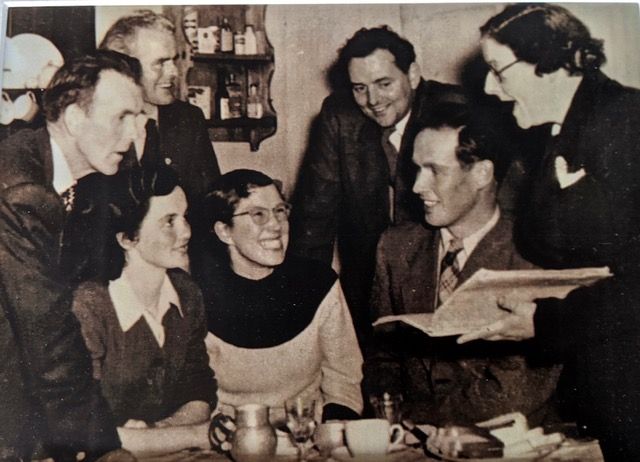