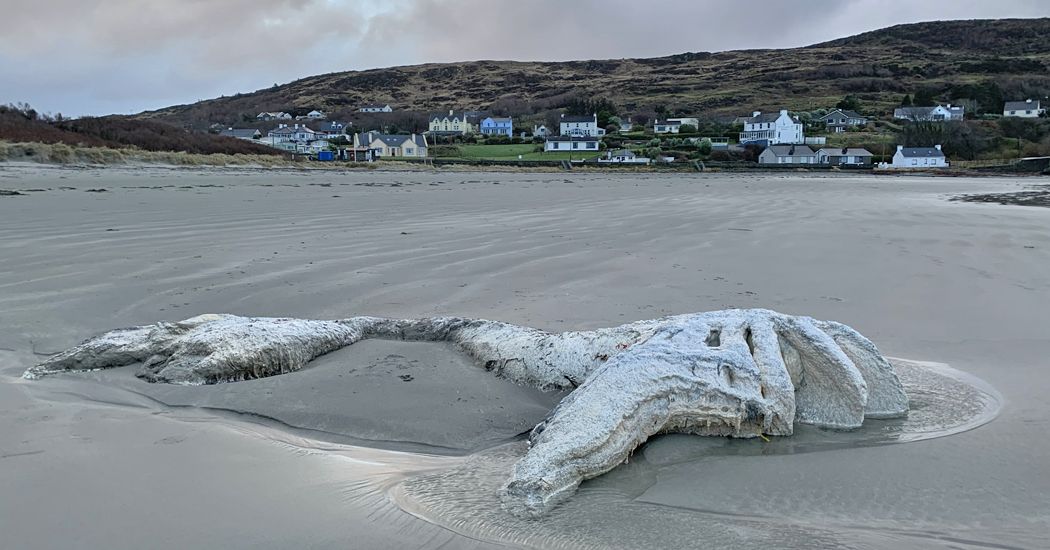 Beachgoers have been baffled by a massive carcass which washed up on in Donegal following Storm Bella.

The remains were washed up on Narin Strand. Estimated at around 15ft in length, it is believed the huge white creature has been on the beach since Monday morning.

The carcass was moved by the tide overnight to reveal its full size today (Tuesday). 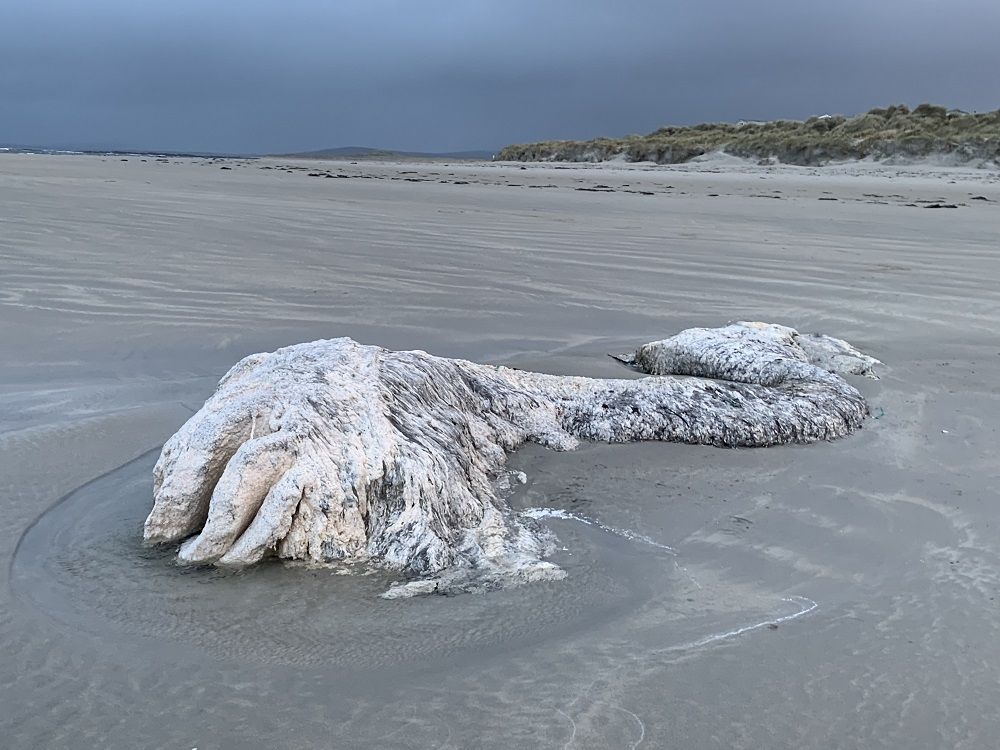 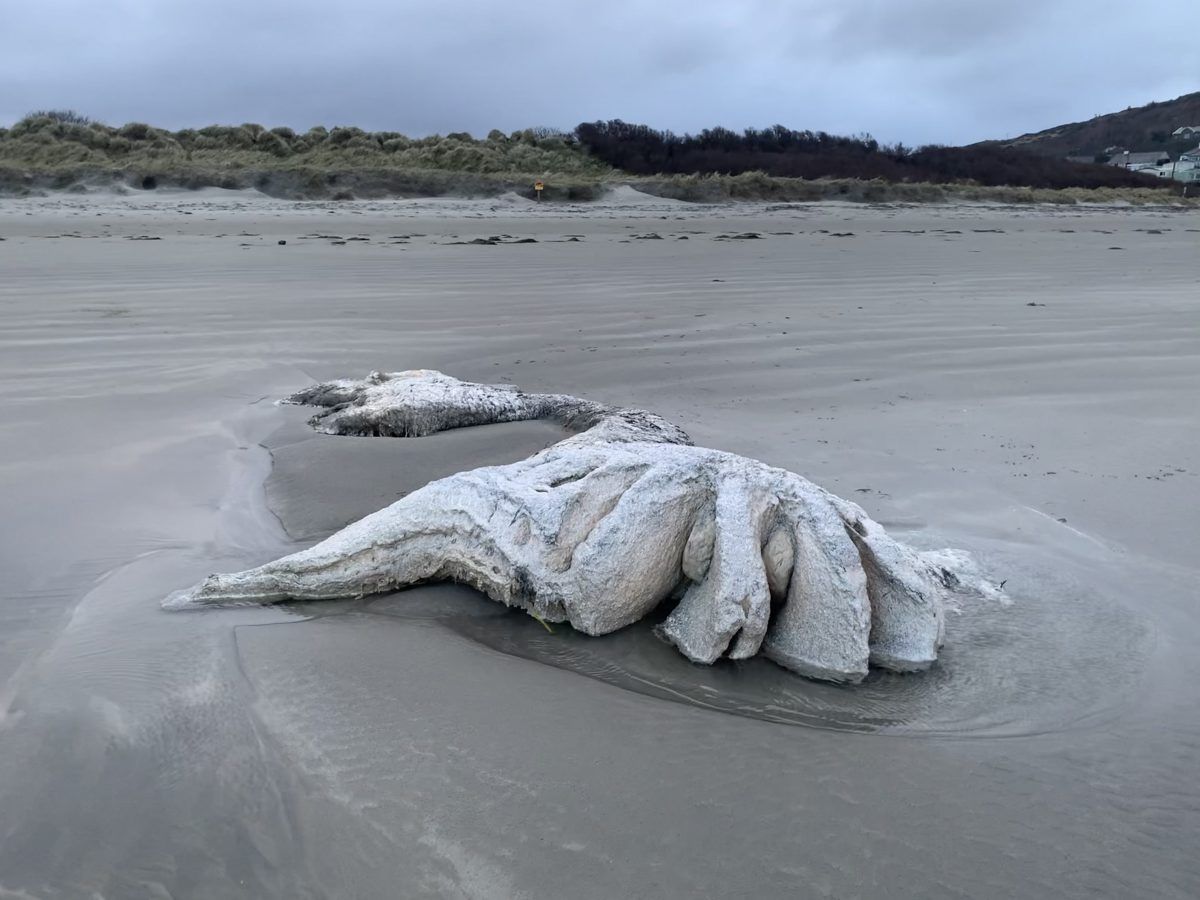 Locals on winter walks have been questioning what creature it might have been.

The stranding comes just days after a common dolphin was reported on Murvagh Beach in south Donegal on 26th December.