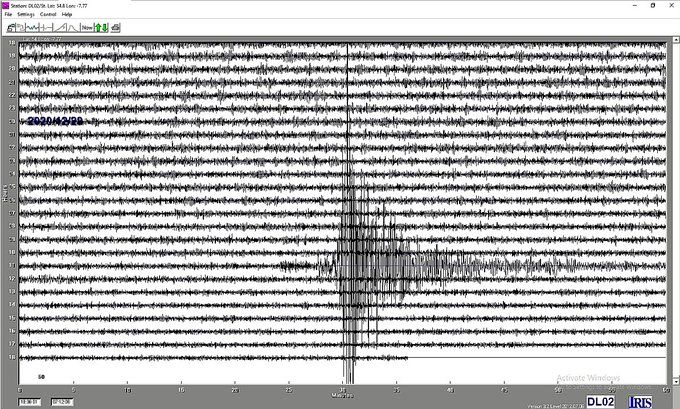 The impact of a powerful earthquake in Croatia was recorded in Donegal on Tuesday.

At least seven people died in a magnitude 6.4 earthquake that struck central Croatia, near the capital city of Zagreb.

The tremors were registered as far away as Donegal, where they were picked up on the Seismic station DL02. The seismometer runs 24/7 in the science lab at St Columba’s College Stranorlar.

Physics teacher Brendan O’Donoghue shared the signal from the earthquake when it reached Donegal at 11:19 hrs UTC.