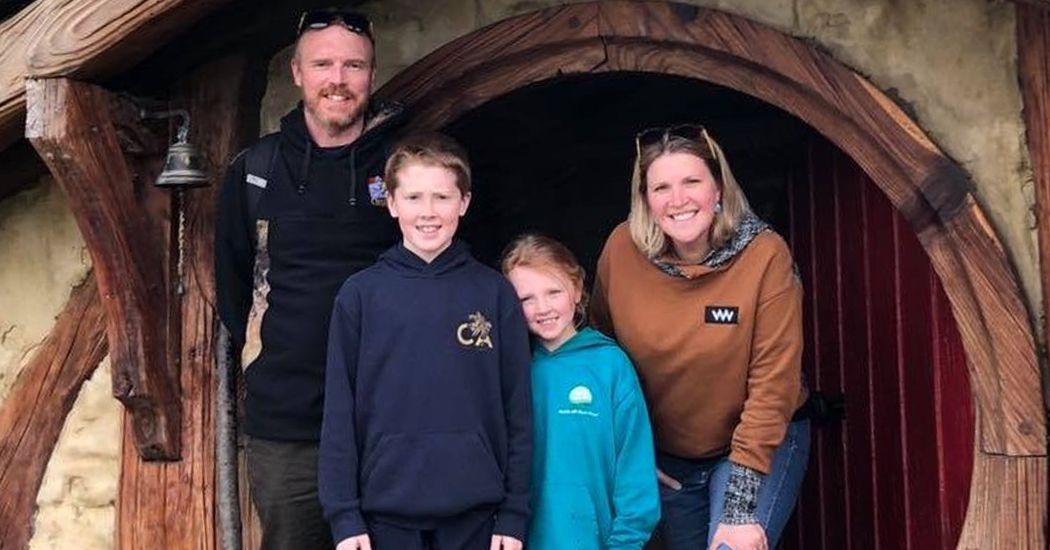 From New Zealand… to a new life in lockdown

A family who swapped life in New Zealand for Donegal have discovered what’s most important during a time of upheaval – family.

David and Catherine Hamilton have seen it all in 2020 – from the short shutdown that stamped out Covid-19 in New Zealand to the on-off restrictions that are still with us in Ireland.

The couple packed up their lives and moved to Ramelton with their two children in August. They’re still settling into life in Donegal, but they say 2021 heralds better days to come. 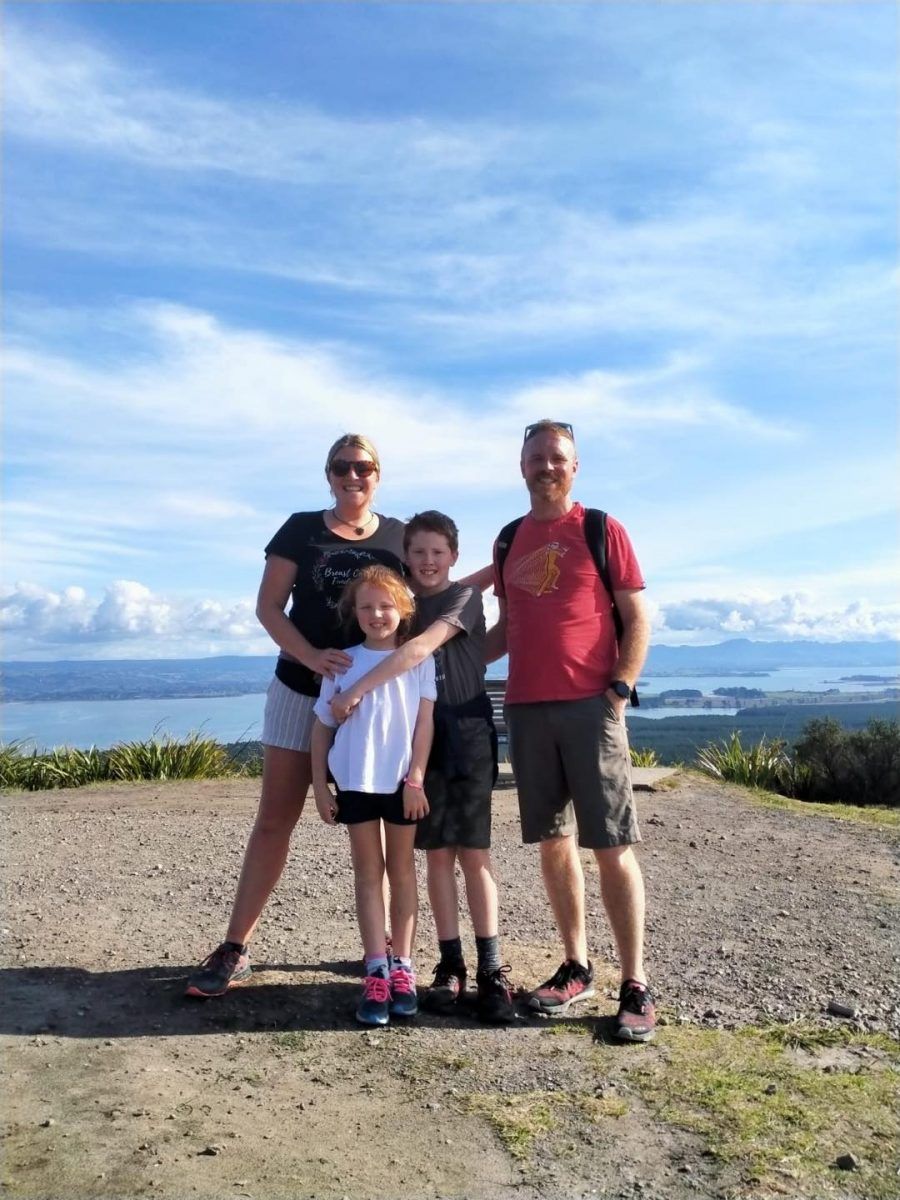 The Hamilton family on a recent visit to Tauranga, New Zealand

David, a native of Ramelton, and Catherine, who is from Derry, embarked on a global adventure together 16 years ago. They were touring Thailand when the Indian Ocean tsunami hit. Having avoided the devastated areas, they headed for New Zealand, where Catherine’s mother is originally from.

A phenomenal summer showed Catherine and David that life could be very good on the other side of the world. They started their family life in Alexandra and had two children, Jack (now aged 10) and Hannah (8).

“We were very happy, but there was always a part of me that felt something was missing. Our children were getting older, our parents weren’t getting any younger, so last June we decided to plan to come home in 2020,” Catherine said.

The Hamilton’s best-laid plans were suddenly interrupted, like many others, by the pandemic in March 2020. From St. Patrick’s Day, all New Zealanders were required to self-quarantine at home and every person travelling into the country had to go into self-isolation on arrival. The strictest regulations in the world meant that the country locked down for just six weeks.

“Then life went back to normal,” said Catherine, “the comparison was unreal”.

With their house sold, the Hamiltons took the chance to take an epic 11 week Tiki Tour of New Zealand before flying to Ireland. This, Catherine said, was “the single most amazing thing we’ve ever embarked on.” 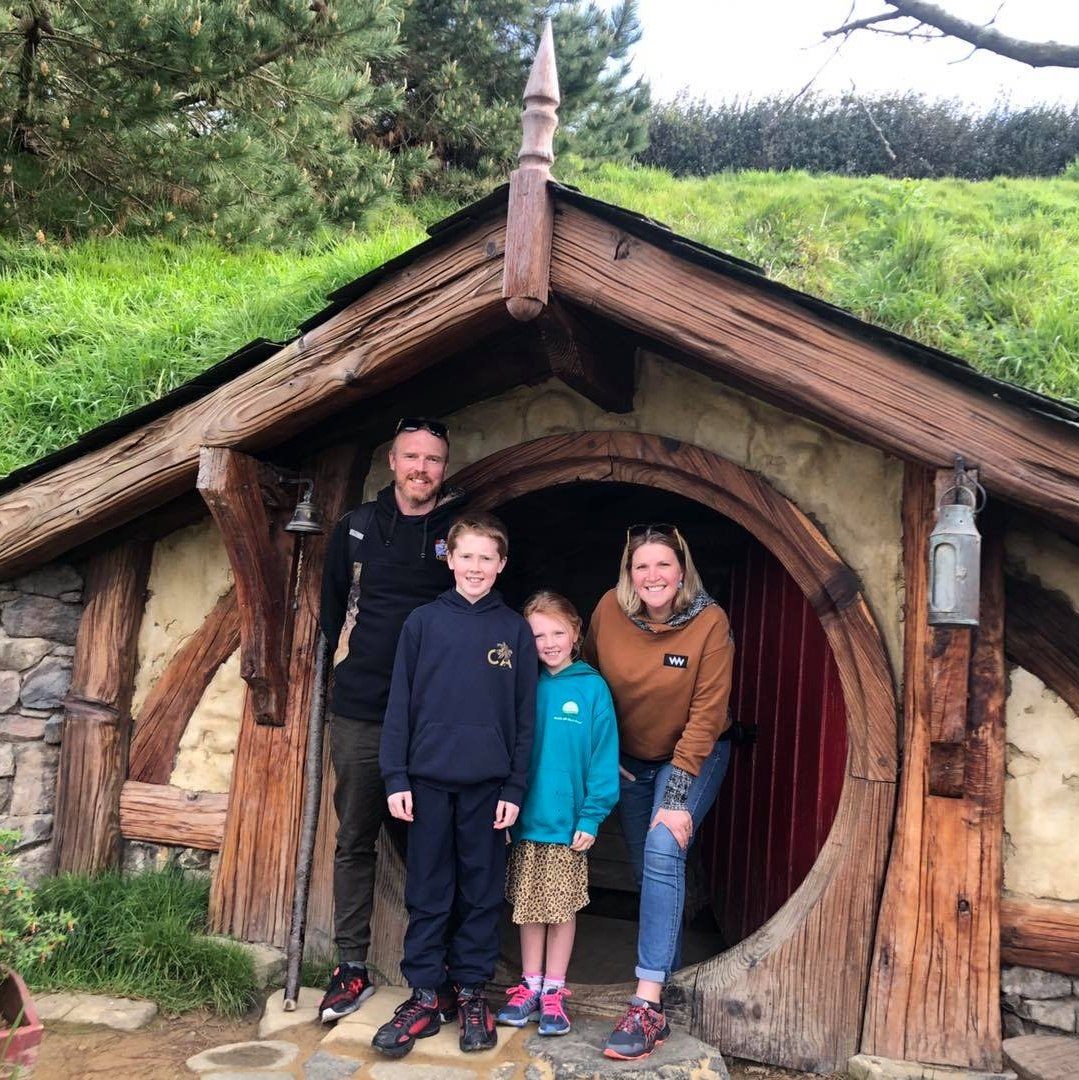 The Hamiltons at Hamilton, New Zealand. 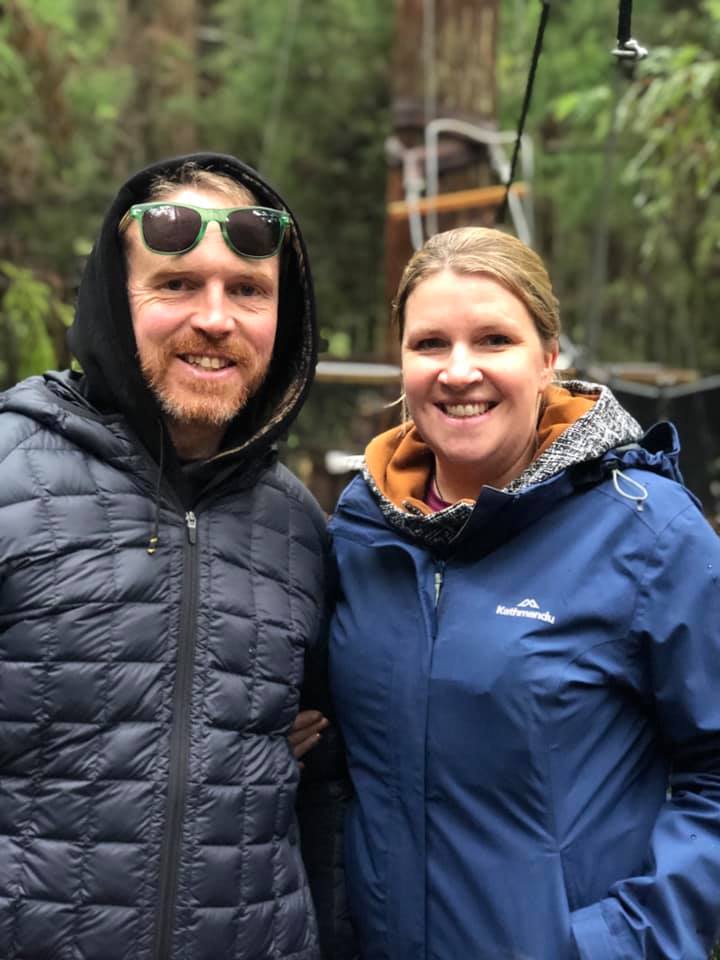 The trip was also a treat after Catherine and David had both wrapped up their demanding jobs before the move home.

On arrival in Ireland, and after two weeks isolating in Northern Ireland, Catherine came to realise the differences in the approach to Covid-19.

“In Ireland, it’s up and down, in New Zealand it was go hard and go fast,” she said.

“If there’s one thing that Prime Minister Jacinda Ardern pushed was that ‘We’re all in this together’. For an island nation of five million people, we really worked together.

“Culturally there is a huge difference. Ireland has a huge barricade, obviously you’ve got the north and south. There is that political divide and as much as the governments tried to work together, it didn’t happen.

“I feel there is a lot of scaremongering in reverse too, a lot of people are anti-media and think Covid is not real. 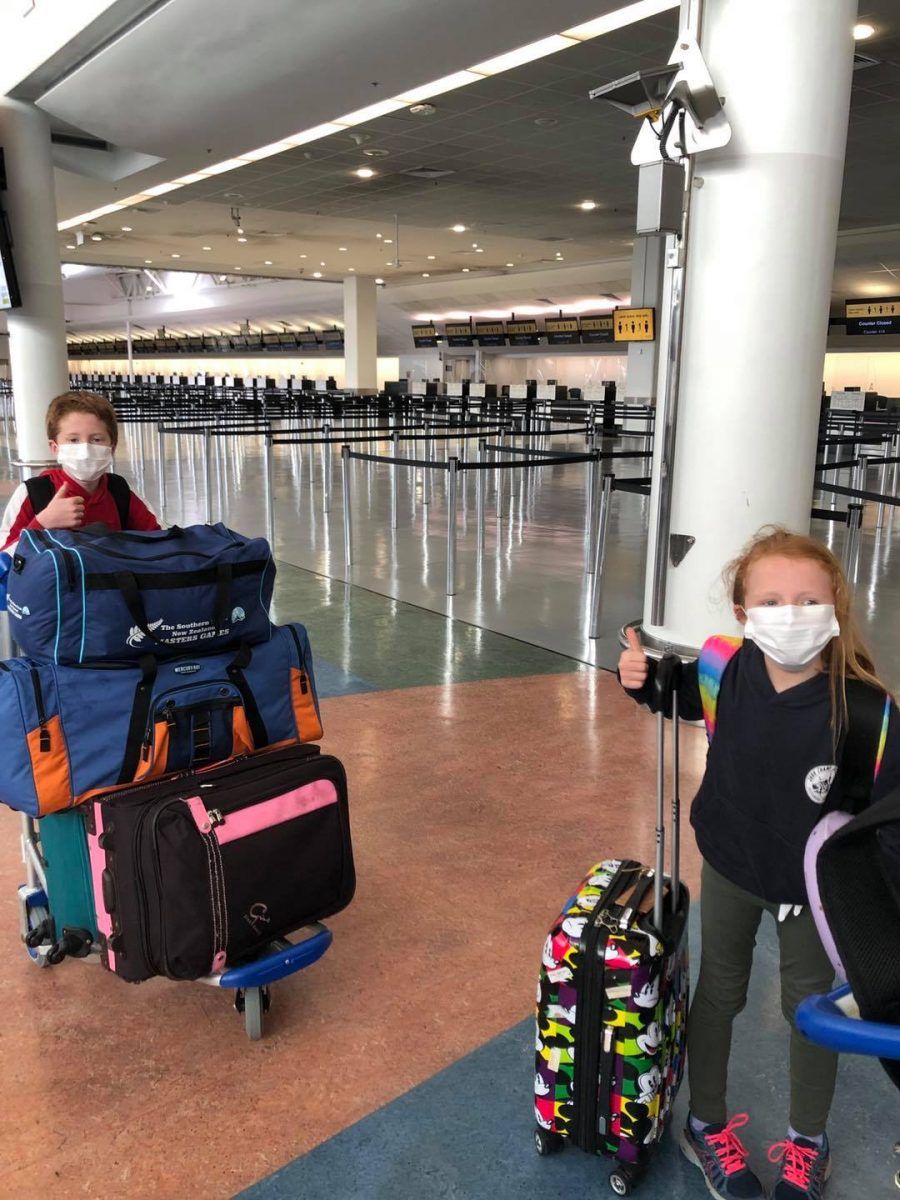 Jack and Hannah on their move to Ireland in August

The family’s year was also tinged with great sadness, following the passing of David’s father Derek Hamilton in April. The death came as a shock, and it was all the more upsetting when they could not travel for the Funeral and neither could David’s brother and sister in Australia. The wider community could not attend services either, but David and Catherine gained great comfort from seeing video footage of mourners paying their respects by lining the streets of Ramelton.

“That was a huge comfort. Although we couldn’t be there, everybody was,” Catherine said. “Our move to Ireland was to be with parents, and we had lost one.”

Looking back on 2020, Catherine said she was amazed by all that had happened. Amidst the grief and uncertainty, there were great adventures and new beginnings.

“I believe everything is meant for a reason, 2020 made us slow down and made us look at what was genuinely important and that was family.” 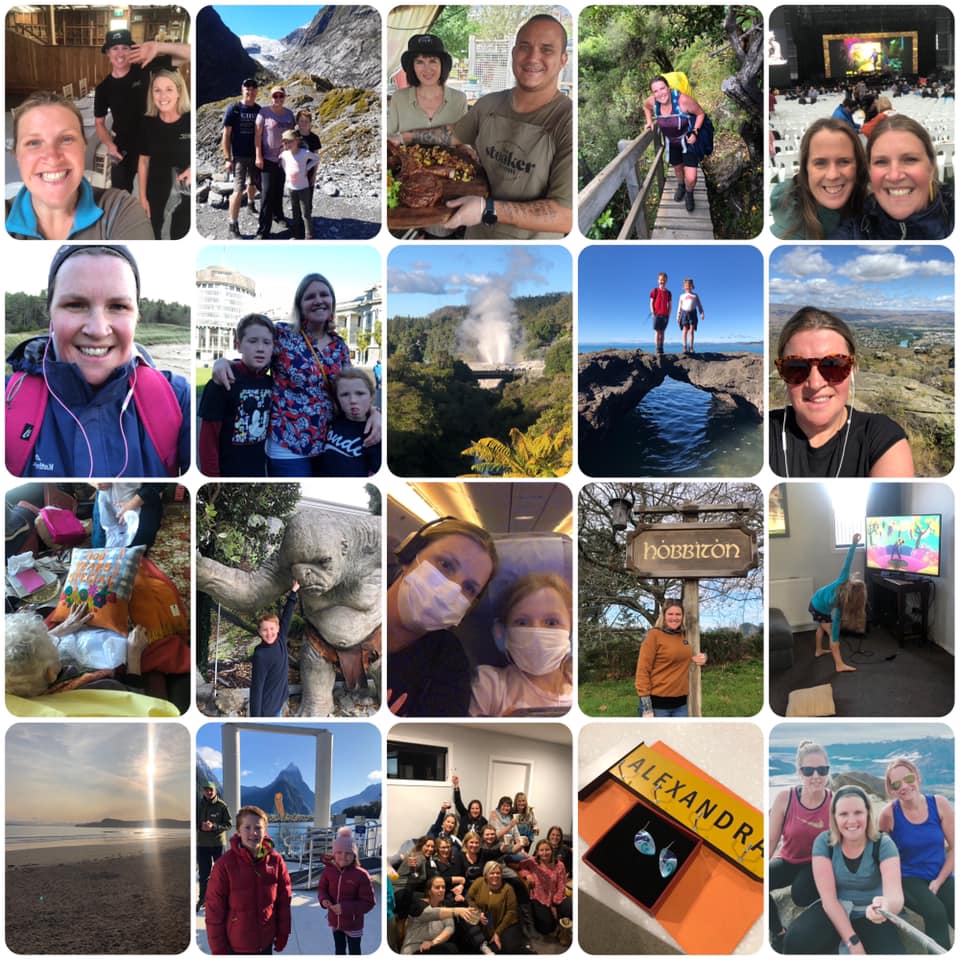 Now they are living among family in ‘Hamilton HQ’ in Ramelton, and Catherine’s brother and sister, who live at Marble Hill, are just 24 minutes away instead of 24 hours.

The family are laying lots of plans for exploring Ireland in 2021, just as they did New Zealand, when restrictions finally lift again.

“We’re in limbo, there is so much we want to do – we are very proactive people and we want to start working, but have taken this time for personal development,” Catherine adds.

“Ironically it’s a real opportunity to start again. As the Irish saying goes, ‘what’s meant for you won’t pass by you’.”

From New Zealand… to a new life in lockdown was last modified: January 2nd, 2021 by Rachel McLaughlin