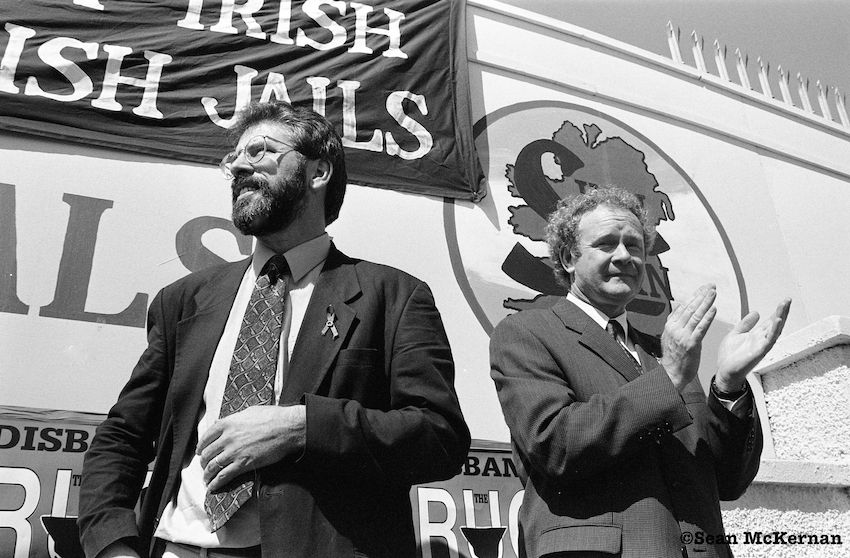 Martin McGuinness was a man that divided opinion. He also brought people together through his negotiating skills.

He was a fighter and a leader, a father and a grandfather, a son and a husband. He was deeply concerned by the plight of his community in the City of Derry and gave up his job to defend his city and the rights of its people.

He continued throughout his life to fight for people’s right to govern themselves and have control over their own lives, starting with the violence that rocked Derry and Ireland in the 1970s and ’80s and concluding with being the joint leader of the devolved government of Northern Ireland for almost 10 years before his death in 2017.

New and exclusive interviews with the people who knew and worked alongside him tell the story of this Derry icon. People who knew him from youth. Nell McCafferty & Terry Crossan tell stories of living in Derry during the ’60s and ’70s. His colleagues from Sinn Fein who tell exclusive stories of day-to-day encounters with Martin and how he steered the Sinn Fein party in the North towards the peace that is there today.

Julie Hambleton whose sister Maxine was killed in the Birmingham bombings revisits her memories of that time and tells us how she could never forgive Martin McGuinness no matter what path he took to peace. Bríd Rodgers reminds us of Patsy Gillespie a story that followed Martin throughout his life. Colin Parry tells the harrowing story of losing his son from a bomb in Warrington town centre and yet he came together with Martin for the sake of Peace.

Journalist Peter Taylor recounts on Martin being pointed out to him in the early 1970s by John Hume as someone he should watch. Johnathan Powell, The Labour Party Negotiator, tells of Martin’s unique ability to get people to engage and fight his side. Tony Blair remarks on the strong sense of duty he had towards all the people of Ireland. David Trimble and Ian Paisley Jr tell of the distrust that the Unionist people had towards Martin McGuinness, but that they were able to realise that the road to Peace was to walk alongside McGuinness.

President Bill Clinton remarks on his ability to engage with people and gain their trust through his personality and negotiation skills, “He could talk an Owl out of the tree” says Clinton. For the first time, his eldest brother, Tom, tells of life in a family of 6 growing up in the Bogside of Derry. Stories of Martin, the younger brother, that wanted to play Football and Gaelic like his older brother. Stories of a brother that didn’t do well in school but went on to Graduate from “University College Bogside” to become the minister in charge of the education of all the children of Northern Ireland. Included in this documentary is the last ever interview filmed with Martin McGuinness.

Martin McGuinness was a complicated person, he led a complicated life. He was in the media spotlight for over 40 years. He started as a revolutionary, then became a politician, and finally held the office of Deputy First Minister. This documentary tells his story, the story of the man, not the fight. It is an insight into how one man went from a terraced house in a rundown part of a disregarded city to being the man who helped bring peace and true government to this troubled corner of Ireland.

Produced & Directed by Sonia Nic Giolla Easbui, this is a landmark documentary by LIGID Léiriúcháin commissioned for TG4 with support from the BAI and the ILBF.