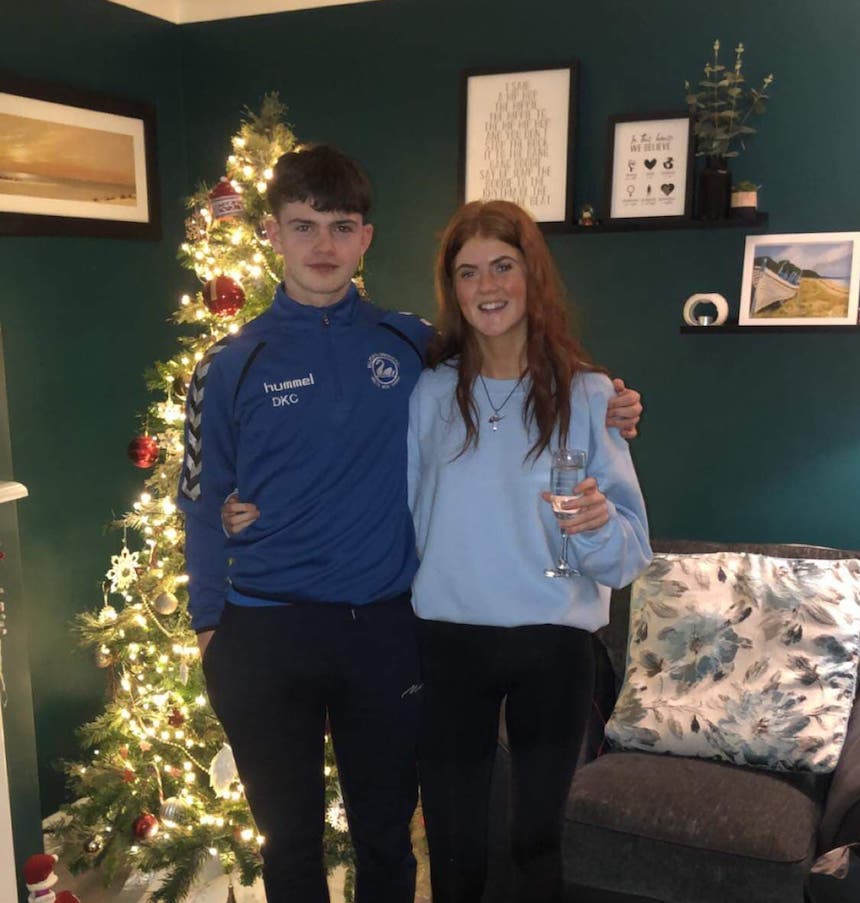 SAME ticket strikes it lucky for siblings a second time

THESE Donegal siblings really did have a golden ticket in their local football club’s major Christmas draw.

Last night, the Milford teenagers could hardly believe their luck when the SAME ticket was pulled from the drum by Donal McCafferty last night to give Darragh and Saoirse the top cash prize of €6,220.

Darragh, a fifth year student at Loreto, Milford, plays for the Milford United seniors and had a spell on the books of the Finn Harps Academy.

The 16-year-old is eager to get back to action after suffering a broken leg in a game against Kilmacrennan Celtic in 2020.

Milford United’s big draw proved a resounding success with people said to be ‘scrambling’ for entries when a PS5 was up for grabs.