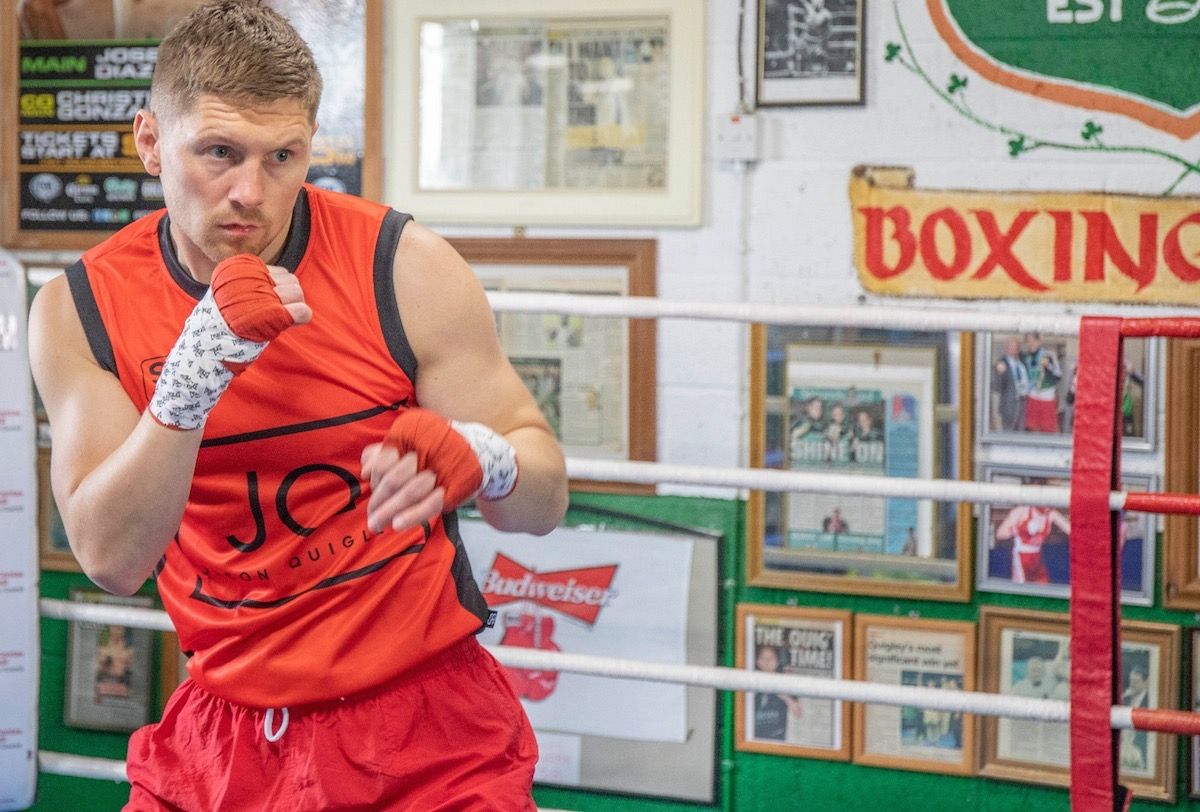 Golden Boy matchmaker: “Jason Quigley is one of the kids I really, really believe in”

GOLDEN Boy Promotions have reiterated their belief in Jason Quigley reaching the top of the world.

Almost a year on from his last fight, a win over Fernando Marin in January 2020, Quigley is poised to return to action soon.

“It’s sometimes after a while, after a defeat, you take little fights to get back on the road where the fighter has that confidence again or the connection with a trainer.

“Jason Quigley is one of the kids I really, really believe in and have a real good friendship with. I saw early on a great progress. Then came the injury, the year off with a very bad injury to the hand and a couple of changes in trainer.

“He is now with Andy Lee, I love the connection, I love it because Andy is giving him 100 per cent.”

A horror hand injury put him out of action for a year.

The Ballybofey man defended his title with a win over Freddy Hernandez.

After a 2019 loss to Tureano Johnson saw him relinquish his strap, Quigley joined up with WBO middleweight champion and Irish boxing legend Andy Lee.

Under the tutelage of Lee, Quigley has recorded stoppage wins over Abraham Cordero and Fernando Marin to lift his stock again and get back into the WBC world rankings.

After the win over Marin in Costa Mesa, Diaz said of Quigley: “With Jason, it’s just a matter of a couple of fight.

“We need a couple of fights to again build the relationship with him and Andy Lee and putting that Tureano fight back in that rearview mirror where it’s: ‘I don’t even remember it any more’.

“Looking forward to the future, in a couple of fights, Jason can really turn it around. He has the experience from the amateurs so it is’t too long of a process. There is so much potential out there of big fights for him.”

Golden Boy matchmaker: “Jason Quigley is one of the kids I really, really believe in” was last modified: January 5th, 2021 by Chris McNulty

Off and winning: Brett McGinty victorious on...