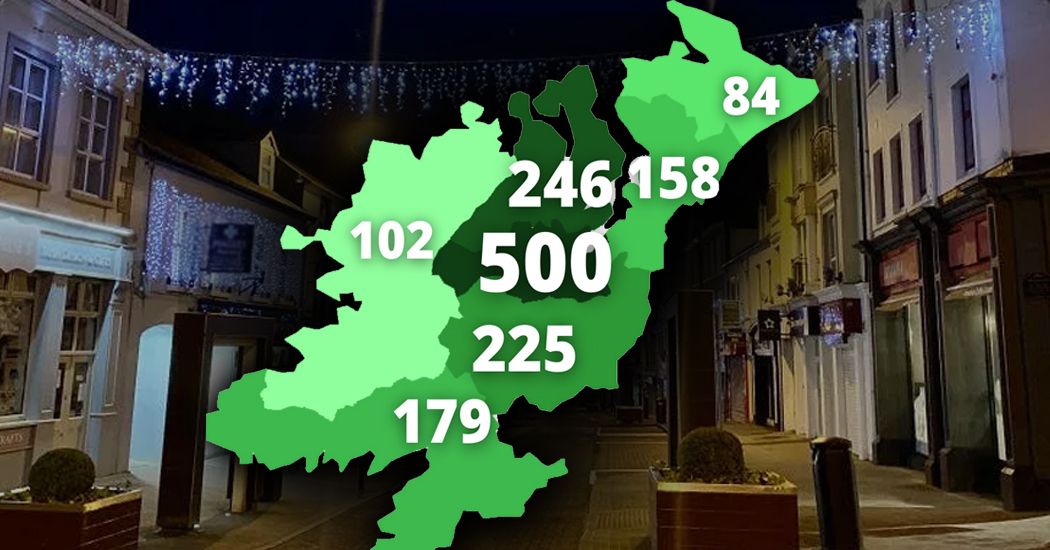 Covid-19 cases have more than trebled in areas of Donegal in the weeks after Christmas, new figures revealed.

The latest analysis of Covid-19 shows a significant jump in incidence rates in every one of the county’s Local Electoral Areas.

The Milford LEA recorded the highest increase in cases between 22nd December – 4th January. With 246 new cases in the two week period, the area now has Donegal’s highest 14-day incidence rate at 1786 per 100,000 – up from 544.6 in the previous two weeks.

Covid-19 cases also trebled in the Letterkenny LEA. Five-hundred new cases were detected in the two weeks up to 4th January – soaring from 157 in the previous two weeks. The incidence rate now stands at 1678.4 per 100,000 – two and a half times Ireland’s national average.

Once again, the only area in Donegal with below-average rates was Glenties. However, case numbers have doubled in the area to 102. The 14-day incidence rate is 426.4 per 100,000.

The Buncrana/South Inishown region had an incidence rate of 706.4 per 100,000 up to 4th January. There were 158 new cases of the virus detected in South Inishowen at the time.

Lifford-Stranorlar had 225 new cases of the virus in the last two weeks – twice as many as the previous period. The 14-day incidence rate is now 869 cases per 100,000.