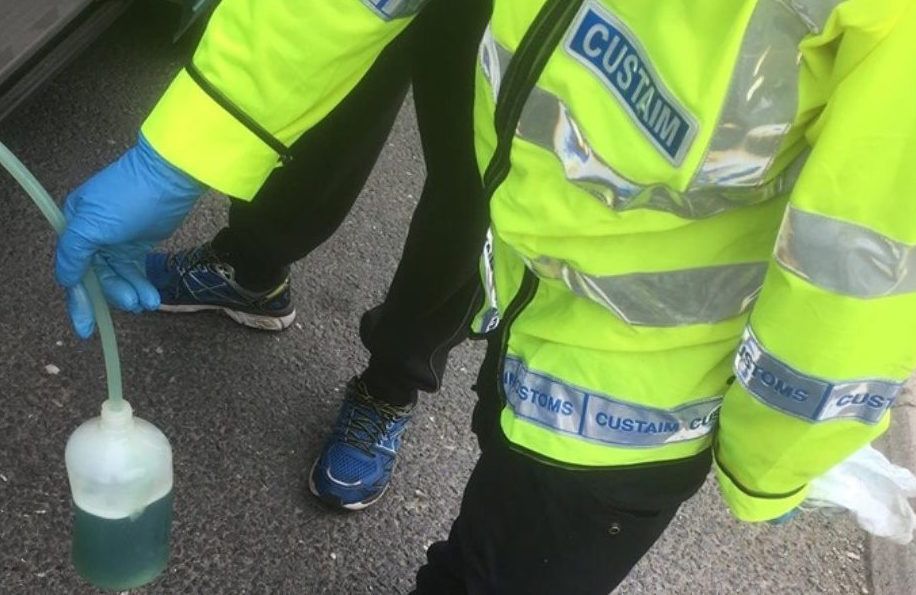 A man who compared customs officers to those involved in the Holocaust when stopped at a checkpoint has been fined €5,000 for using illegal diesel.

Michael McGee was stopped at a Customs checkpoint at outside Glenswilly National School at 8.25am on February 22nd, 2019.

The customs officer said she would like to dip his vehicle and it was checked.

It showed positive for prescribed markers in the fuel and McGee, of Glenleigham, Fintown was questioned about the fuel.

Another customs officer told Letterkenny District Court that he questioned McGee after the positive reading for prescribed markers was found in his Volkswagen Passat car.

McGee gave his name simply as Michael Joseph but was told he would need to produce photographic identification with his name on it.

The driver said he had a law degree and that he knew his rights.

Upon further questioning from the officer, the accused replied “I saved people from you c***s so f**k off and annoy somebody else. If you didn’t write the law then you can’t enforce it.”

McGee continued to claim that he didn’t understand and that he hadn’t hurt anyone.

The motorist then asked the officer if he liked his job to which the officer replied that it paid the bills.

McGee replied “That’s what they said at Nuremberg.”

When the officer asked McGee if he was comparing his job to those who took part in the Holocaust, the motorist claimed again that he did not understand.

The customs officer said McGee was quiet but agitated and said he decided there was no point in continuing the conversation and they closed up the checkpoint.

The samples taken from McGee’s car were sent for analysis and showed that they contained illegal green diesel.

The court was told that McGee, who did not appear in court, had no previous convictions for these type of offences.

Judge Paul Kelly said that because there had been no appearance by the accused, he had to impose a mandatory fine of €5,000.