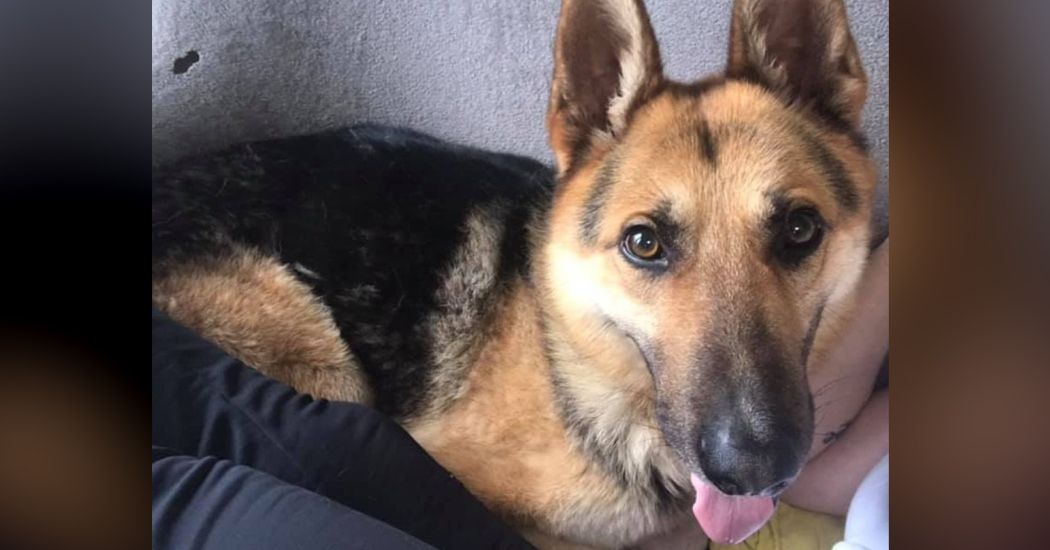 A ‘wonderful, gentle’ dog is set to benefit from major surgery thanks to the success of an online fundraiser.

Naomi, who works at a local hotel, has four pets and had no intention of homing any more. But, just a few weeks before Christmas, she received a message about a dog that needed a home and, after seeing Kobe’s picture, she couldn’t say no.

When Kobe arrived Naomi was shocked to see the condition he was in. Kobe was shaking with fear, looked very skinny and his fur was covered in mats. The muck was so thick on his fur it felt like cement, Naomi said.

A trip to the vet revealed further problems including a fracture in his front left leg. Because the injury was left unattended, his bones were out of place. Naomi was told that, if untreated, the injury could travel up his leg and he might have to get it amputated.

The other option for Kobe is surgery to re-break and fix his leg, but this would come with a €2,000 price tag. Finding the money was a challenge for Naomi, who has been out of work since March due to Covid-19.

Determined to give Kobe a better life, Naomi turned to GoFundMe.com to raise funds for the surgery. Her brother has kindly donated €1,000 to give the fund a major boost, while the online campaign has captured the hearts of many more dog lovers to bring the target within reach.

The young Letterkenny woman is well on her way to reaching the €2,000 goal and has booked Kobe in for neutering and an X-Ray to start his recovery journey.

It is hoped that the remaining funds can be secured in time ‘Save Kobe’s Leg’ and let him enjoy a new start to life in a loving home.

The ‘Save Kobe’s Leg’ campaign is available to view at: https://gofund.me/f67ac35b