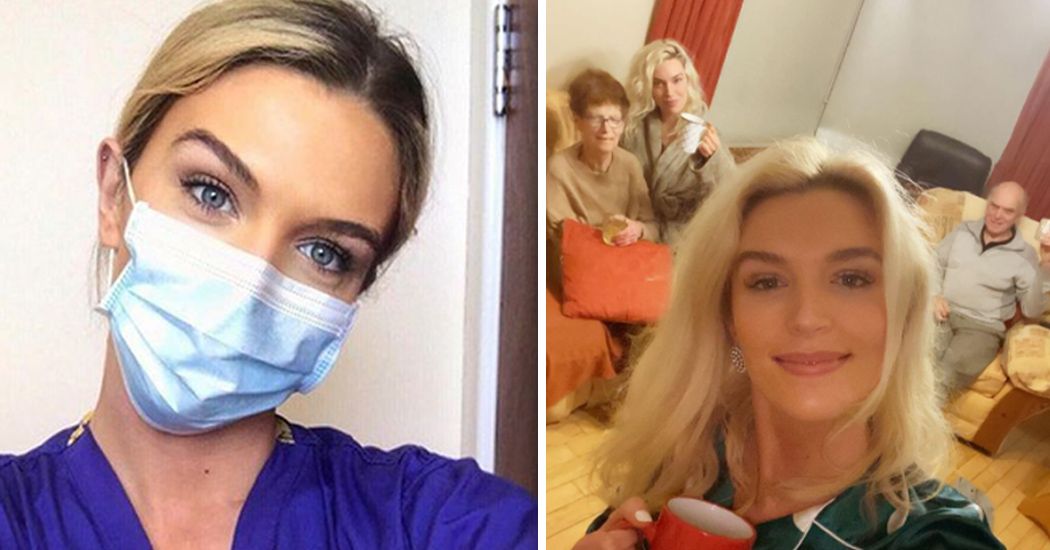 Donegal nurse Grainne opens up on brush with Covid-19

The 25-year-old nurse from Buncrana was one of the thousands in Ireland to test positive for the virus over Christmas.

Grainne and her family spent the holidays isolating together after her father was first diagnosed on Christmas Eve.

Speaking on the Six O’Clock Show, Grainne said they are all starting to come around after suffering from the symptoms.

“We were very lucky in terms of our symptoms. Feeling tired, having a cough, aches and pains. It was just like having a bad flu. I really feel like I’m starting to come around now thank God,” she said.

Grainne has worked at Letterkenny University Hospital during the pandemic and said she feared the worst when the virus came to her family. She said her worries over contracting the virus at work and bringing it home did not turn out to be the case, but rather her father was in contact with a close contact.

Grainne, who was a star on Dancing with the Stars this time last year, tested positive for Covid-19 on New Year’s Eve, which led to much quieter celebrations than expected.

She said her mother and sister both tested negative, but were quite symptomatic a week afterwards and stayed in isolation.

While she has been forced to stay off work, Grainne said there is a fearful feeling among her healthcare colleagues. The latest update from Letterkenny University Hospital on Wednesday 6th January reported 180 staff were unable to work due to Covid-19.

“Everybody is kind of scared. We’re still not knowing what to expect, if things are going to keep getting worse. Everybody feels now that we’re back at square one with the numbers. It almost feels like it’s at the very start and things have sky rocketed all over again,” Grainne said.

Now that her family is recovering well, she has been busying herself with conquering 2021 goals – such as learning how to rollerblade!