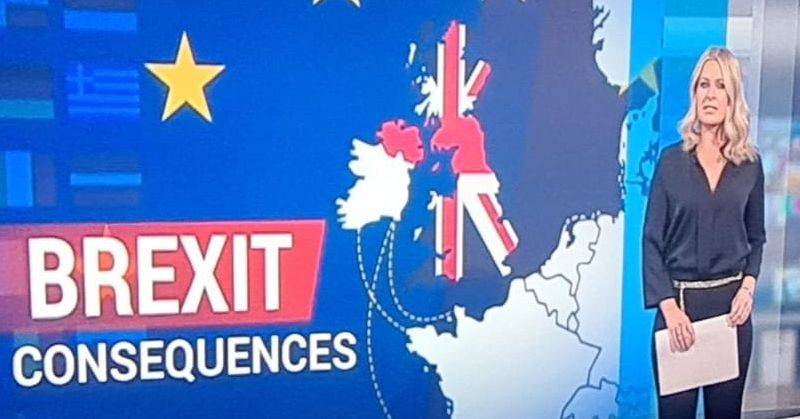 The national broadcaster has apologised to viewers for a graphic error which placed Donegal in the UK.

Viewers of the Nine O’Clock News on Thursday were left confused by a report on Brexit where a map of the UK and Ireland featured onscreen. However, the image appeared to place Donegal in Northern Ireland.

The mistake led to a number of complaints online. Councillor Jack Murray of Sinn Féin wrote on Twitter: “Hang on, what? Donegal is most definitely the forgotten county as far as RTÉ is concerned.

“The partitionist ethos of our ‘national’ station is bad enough but look at the shape of this map! They’ve literally forgotten where Donegal even is.”

An RTÉ spokeswoman has since apologised and said: “We sincerely apologise to viewers for the graphic error which appeared on screen during Thursday night’s Nine O’Clock News. The mistake in the graphic has now been rectified.”