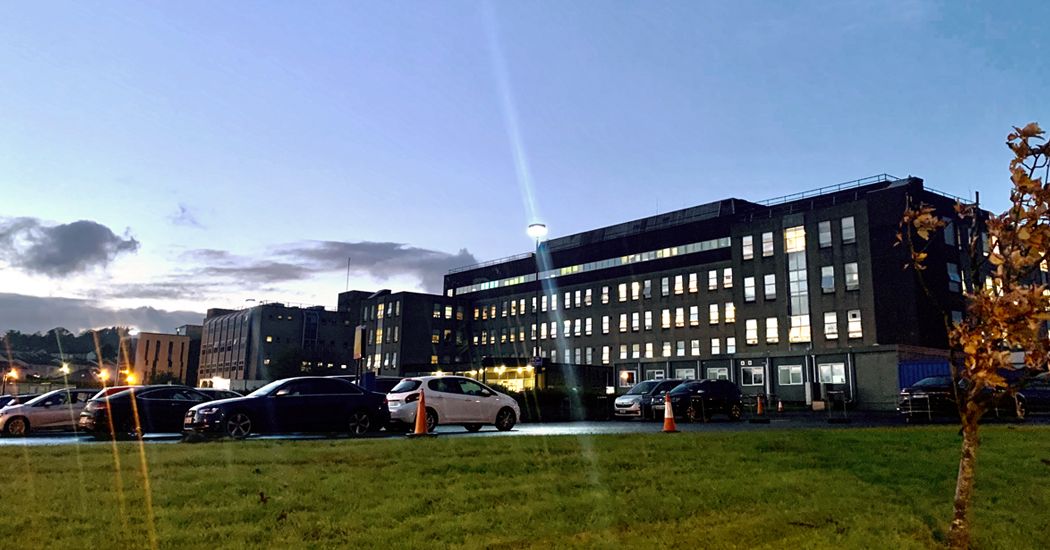 EXTRA staff have had to be called in to Letterkenny University Hospital this evening as the facility struggled to cope with the volume of patients presenting.

Seven ambulances containing patients were queued outside the hospital – which a source described as ‘becoming overwhelmed’ – in the last hour.

An additional 11 beds were opened this evening after a surge of admissions.

It has been confirmed that extra staffing was required to enable the facility to cope.

The hospital said that it experienced an ‘extremely busy weekend’.

Large numbers of both suspected and confirmed Covid-19 patients attended, many of whom had to be admitted to the hospital.

Some patients were assessed and treated in ambulances, which were queued outside the admissions area.

Figures released earlier today by the HSE showed that there were nine available general beds at LUH at 8pm on Saturday evening. As of the same time, there were 65 Covid-19 patients at LUH, three of whom were in intensive care, and a further three suspected cases.

However, a large volume of new admissions saw management forced to take action.