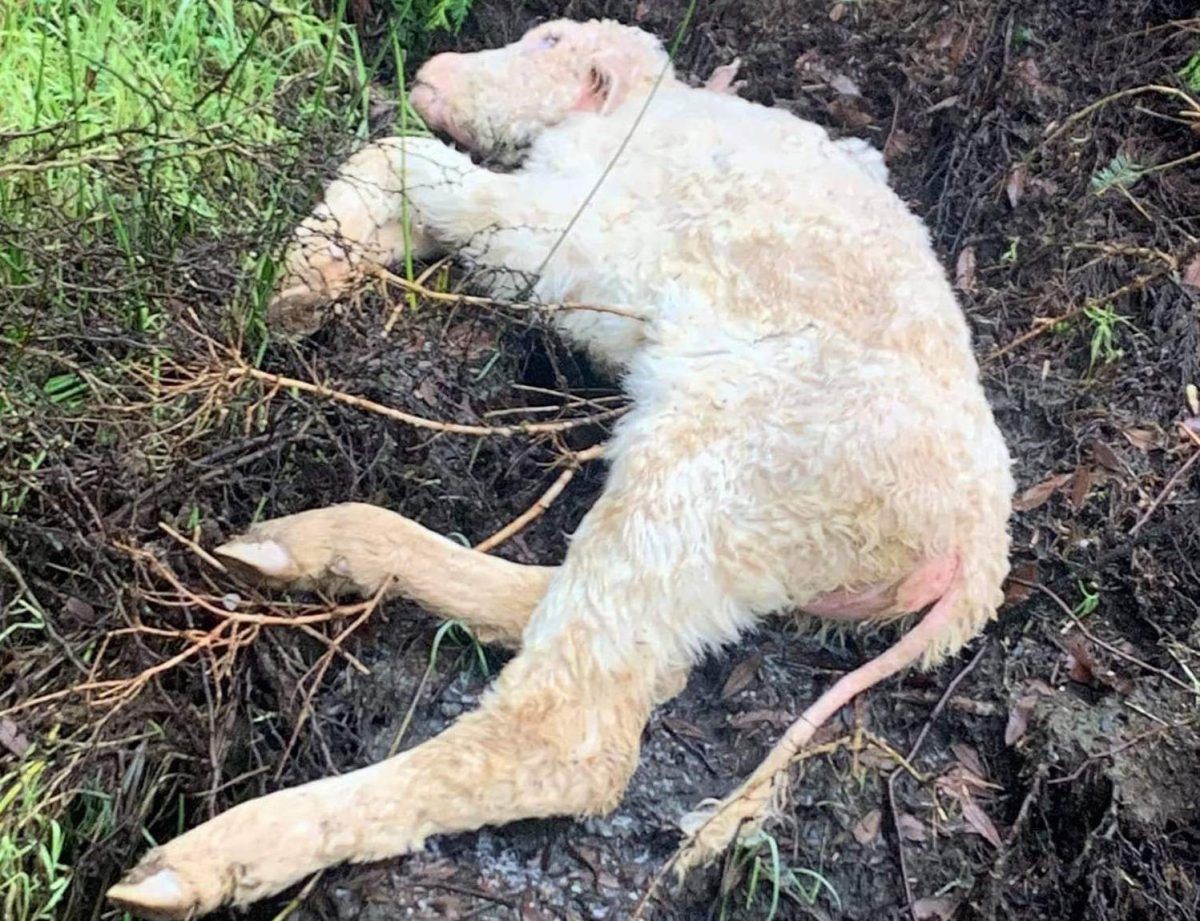 The dumping of a dead calf in a forest in Killygordon has caused fury locally.

The dead calf was found at Cronalaghey by local man Michael Mc Glinchey.

He also appealed to whoever owned the dead animal to come back and retrieve it and bury it properly.

He wrote “Would the scumbag who dumped this calf in the forest at Cronaaghey come back and lift it if you can’t afford the 40 euro or so to send it away properly get out of farming because clearly, you are no fricken good at it.”

The dumping of the dead calf has caused anger locally with many taking to social media to leave comments of outrage.