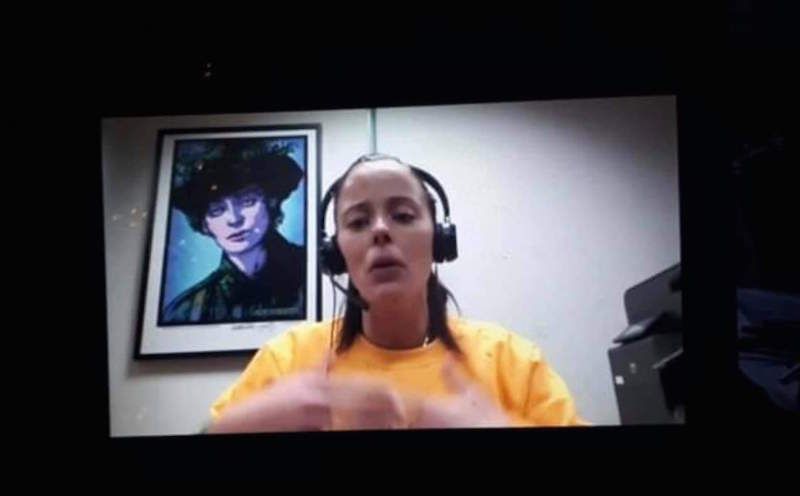 Senator “drops in” on pupils in Ballinamore for Zoom visit

Donegal Senator Eileen Flynn literally dropped into the lives of some local secondary school students after a planned trip to Dublin was cancelled due to Covid.

Ardara-based Senator Eileen Flynn had been due to host pupils from Gairmscoil Chú Uladh in Ballinamore.

But the sixth year pupils along with Múinteoir Ní Chnáimhsí and Múinteoir Uí Chumhaill had to settle for a cosy Zoom call in the Art Room of the school instead.

Senator Flynn has been named as one of the BBC’s 100 inspiring and influential women from around the world for 2020.

And sixth-year students took full advantage of her experience to quiz her with many prepared questions.

The Senator told of her upbringing and the value of education and the importance of believing in oneself. 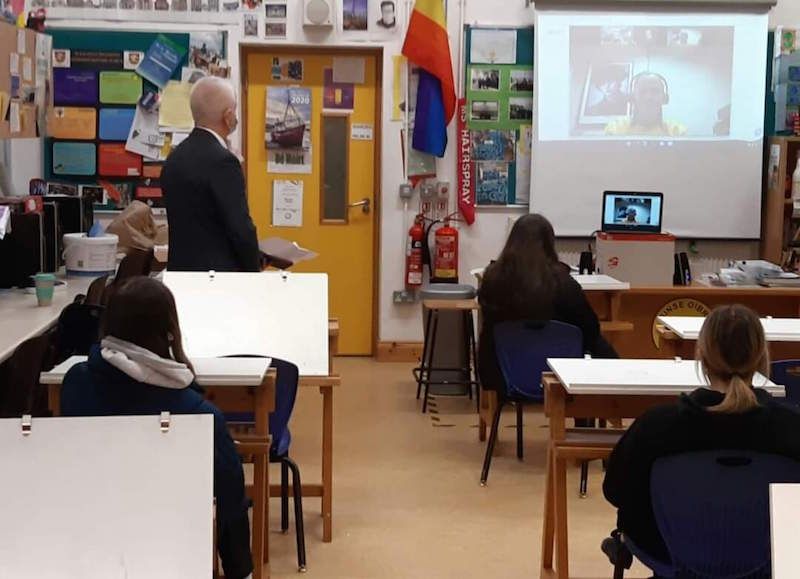 The school have been invited to visit the Senator in Dublin when it is safer to do so.

She said she looks forward to the offer of improving her Irish from the Irish speaking students.

The Senator was welcomed by Principal Ciarán Mac Ruaidhrí who offered her a helping hand from the school when she voiced her love of the Irish and her hopes to improve her own native tongue!