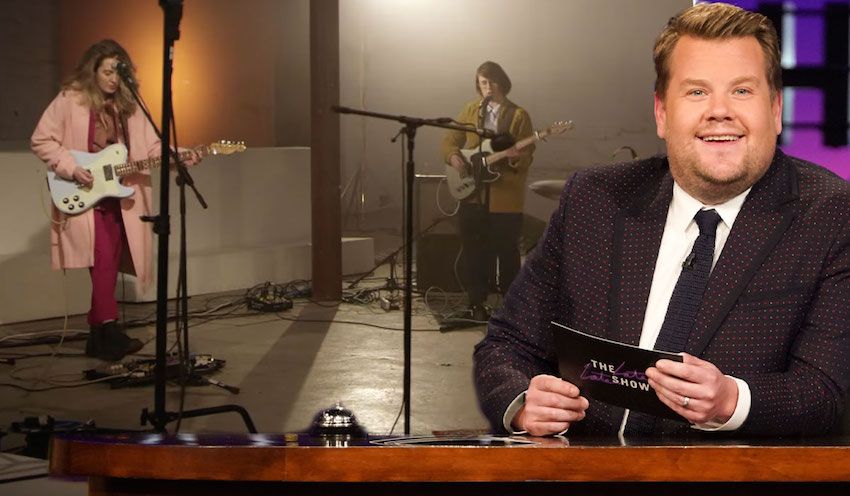 Pillow Queens singer Palm Connolly has told how she lost her swimming costume in the sea while recording the band’s debut album in Donegal.

The hotly-tipped all-girl appeared on James Cordon’s Late Late Show in the US where the television presenter raved about the Irish group.

But Gordon was left speechless when Palm revealed how she left little to the imagination when the band went for a dip in November in the icy waters off the coastal village of Dunfanaghy.

She said “To take the cobwebs off, we were quite close to the sea (the Atlantic) because we were recording in Co Donegal.

“And we just jumped in one morning. I think it was around November or close to December and it was very cold. Rachel our drummer got right in there, she’s very warm-blooded I think.

“It worked I think. The album sounds great. It got our juices flowing.

“I lost my swimming togs though. So if anyone in Dunfanaghy knows where that is then I’d love it back.”

Presenter James Cordon said he had a feeling that Palm’s swimming attire may be worth quite a bit of money in a few years time the way things are going for the band.