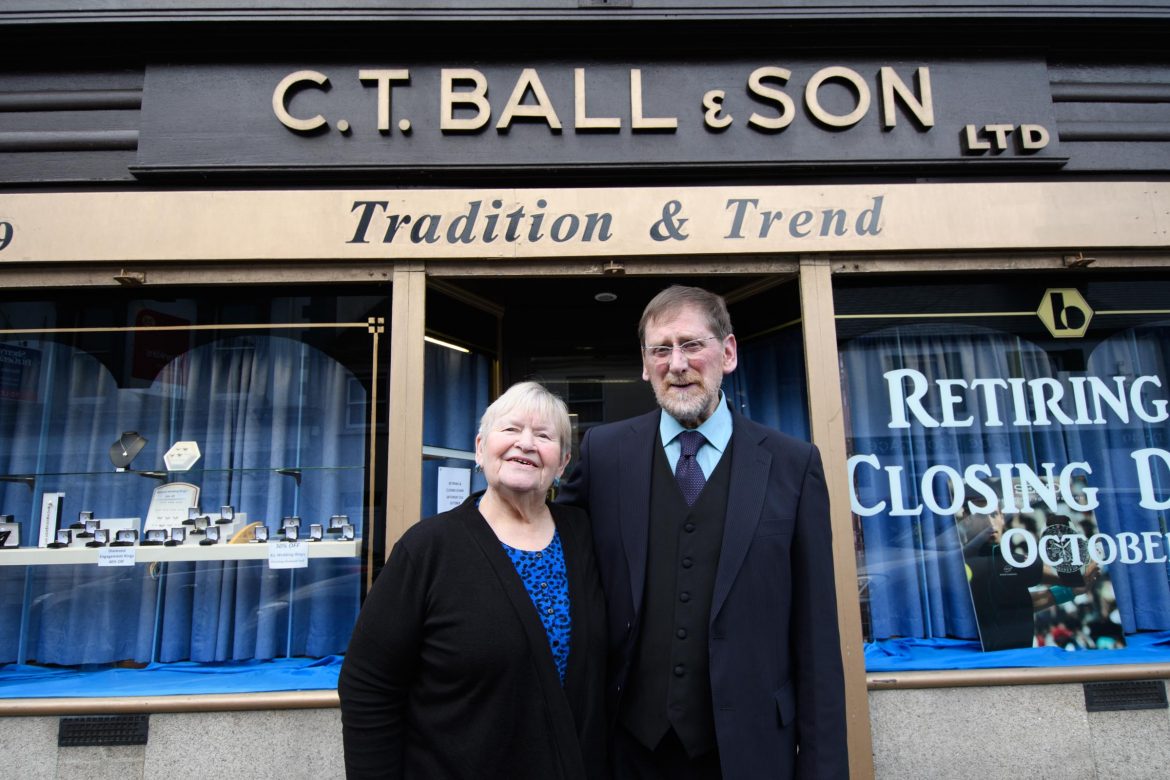 There is widespread sadness across Letterkenny and further afield following the news of the passing of businesswoman Judy Ball.

Ms Ball, who was originally from England, came to Donegal in 1971 with husband Lance where the couple ran CT Ball Jewellers.

The couple closed the business in October 2017 (pictured above by Clive Wasson) to spend more time with their three daughters and their families in England.

However, during her time in Letterkenny, Judy became a driving force in the Letterkenny Folk Festival and many other projects in the Cathedral Town.

The devoted couple were often seen at functions together where they would always show a genuine interest in their neighbours and friends and anybody they encountered.

Lance met wife Judy in her home town of Bridlington and they enjoyed more than 60 years of marriage having wed in 1959.

Judy is survived by her husband Lance, the couple’s three daughters and their extended family.