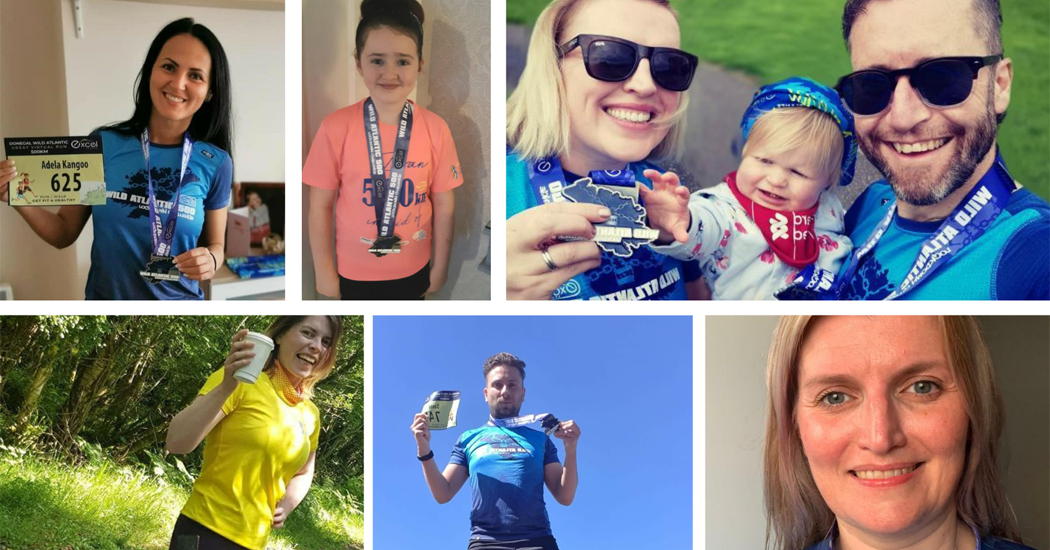 Fitness friends JUMP at the chance to help cancer charities

A team of energetic fitness instructors and friends are celebrating the success of a truly unique fundraiser.

Many people took part in Excel Sports’ Wild Atlantic 500k Challenge last summer, but this team did it in Kangoo boots – bouncy rebound shoes which are used for fun fitness classes worldwide.

It had never been done before, and it certainly turned heads, but it was all for three great causes.

Instructors from Kangoo Club Donegal, Sligo, Dublin and friends in Scotland took to the roads in their boots to run a minimum of 5km every day and complete the mammoth challenge.

They raised a grand total of €6,600 for Irish Cancer Society, SHOUT Sligo (Sligo Hospital Oncology Unit Trust) and Donegal Hospice, in memory of loved ones who recently passed away.

Helena Witherow, founder of Kangoo Club Donegal, said the fundraiser captured a lot of attention locally. “You wouldn’t believe the amount of people who stopped us on the runs and asked us what we were doing and what the boots were. It was great because it raised awareness,” she said.

Helena, who lives in Convoy, took to the hills in her area alongside her sister Catherine and, when restrictions allowed, her Letterkenny-based sister Clare and husband Michael Given-King joined in. Helena’s other sister Marion clocked up the kilometres in Scotland, while their good friend Denise McElwaine and her niece Nikita McNulty, also in Convoy, ‘jumped’ at the opportunity to join in too with 10-year-old Cari Callaghan running/walking and cycling along the way. 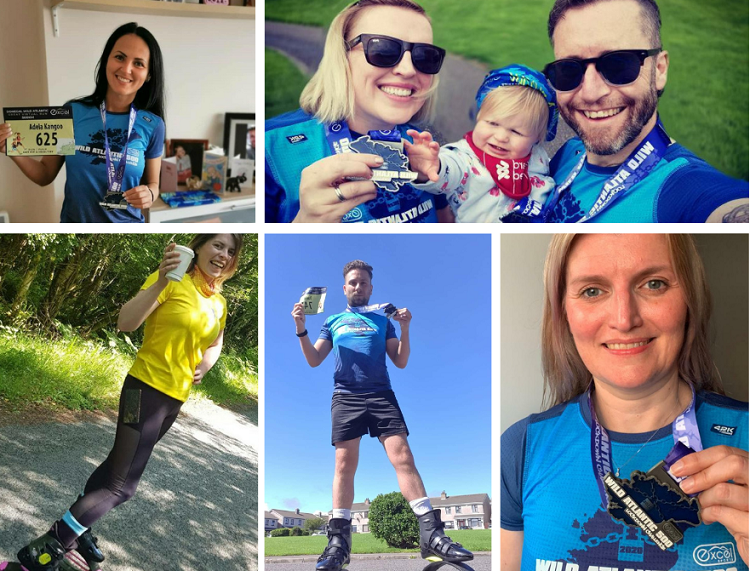 Cari Callaghan, aged 10, with her medal

The Kangoo boots may offer bounce, but running in them was still a challenge.

“KangooJumps are hot and sweaty workout classes. The rebound boots were originally designed for runners with injuries, they absorb up to 80% of the impact of the joints. The boots weigh just under 2kg each, if you aren’t used to them you can’t just start running, you have to get the momentum going,” Helena explains. 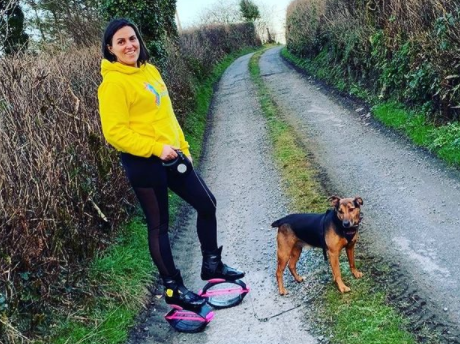 Helena Witherow out for a jog in her Kangoo Jumps Boots

Running 5km a day took a lot of commitment, but the team was motivated by all their supporters.

“It was hard, but when the donations kept coming in, it kept people going. There were days in the howling wind and rain in the middle of summer, you’d come back and check the balance online and it kept us going,” Helena said. 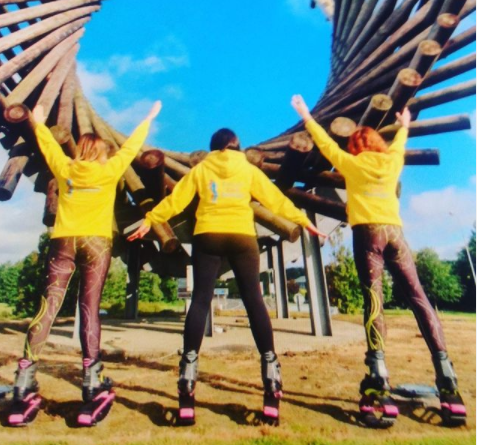 Helena, who is also a full-time SNA, was teaching KangooJumps classes five days a week before the pandemic struck. Her love for these unique aerobics workouts sparked a movement in Donegal and she was leading classes in Letterkenny, Stranorlar, Gweedore and Dungloe prior to the restrictions. Unfortunately group classes are no longer possible, but many people still join in with the team online, boots or no boots.

The support the team had for their Wild Atlantic Run surpassed all expectations, and they were delighted to announce the total raised this week.

Helena adds: “Thank you to everybody who donated, no matter how big or small the donation was, the numbers kept creeping up and up and up. Our original plan was to gather €500 for each charity, but we did that in two days. Our final figure means we can hand over €2,200 to each cause.”