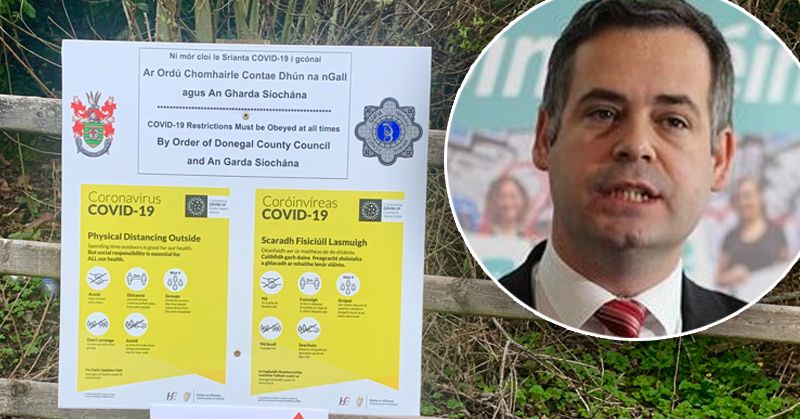 Sinn Féin spokesperson on Finance Pearse Doherty T.D. has today tabled an amendment that calls on the Government to change the qualifying criteria of the Covid Restriction Support Scheme.

The move aims to ensure that affected businesses such as suppliers are no longer excluded from the Scheme.

Thousands of businesses have been denied access to the Scheme despite having seen their turnover reduced by more than 75%, on the grounds that they are not public-facing or do not have fixed premises.

These criteria deny support to suppliers and businesses in the tourism and events sector, risking their future viability.

“This amendment calls on the Government to change the qualifying criteria for CRSS, which exclude thousands of businesses that have been directly impacted by Level 5 restrictions.

“To qualify for the Scheme, a business must have a fixed-premises and be able to demonstrate the customers are no longer able to access the premises as a result of COVID restrictions.

“As a result, these rigid and narrow criteria lockout tens of thousands of hard-pressed businesses; suppliers, event management companies, taxi drivers, the outdoor activity industry, businesses without a fixed-premises, and many others.

“These businesses continue to struggle with non-payroll expenses and fixed costs. Their future viability is in doubt.

“Our amendment recognizes that support to these vulnerable businesses is essential so they are in a position to survive this crisis period and support the post-crisis recovery.

He added the amendment calls on the Government to change the eligibility criteria and ensure these businesses, who have been severely impacted by restrictions, qualify for the CRSS Scheme.

He added “The Minister for Finance and the Tánaiste have dithered on this issue for far too long.

“Since it began, the Scheme has cost less than a quarter of what was expected; with an average weekly cost of €15 million compared to the expected weekly cost of €80 million.

“Expanding this Scheme is crucial to avoid insolvencies and stave off the threat of high employment.

“Sinn Féin calls on all parties in the Dáil to support this amendment.”