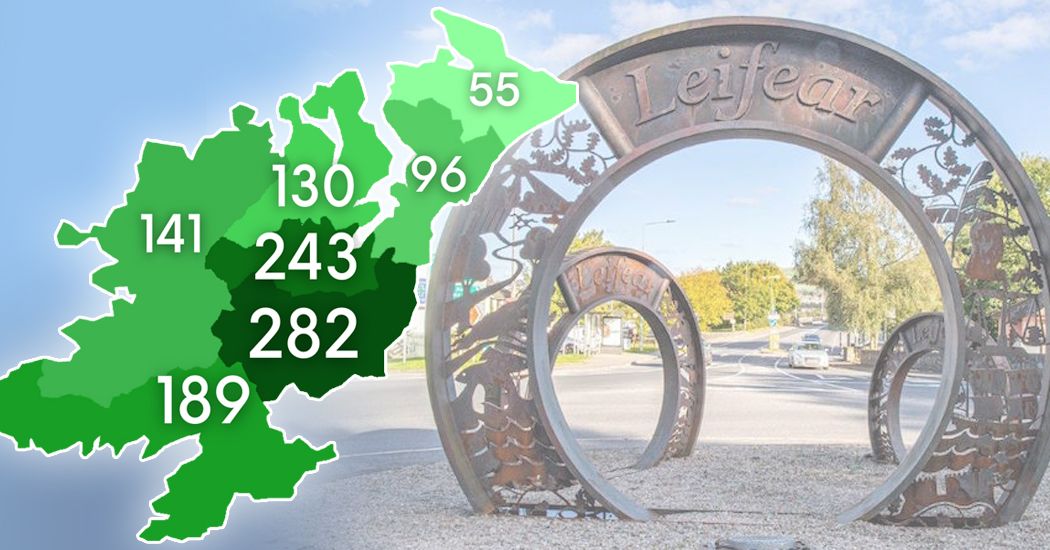 The spread of Covid-19 has reduced in all areas of Donegal in the past two weeks, but some districts continue to have above-average rates.

The latest analysis of Covid-19 has been released tonight, showing the rates of transmission in each Local Electoral Area in Ireland.

Inishowen has again shown significant progress in reducing the spread of the virus.

From 12th-25th January, confirmed cases fell in the Buncrana/South Inishowen region, which had a 14 day incidence rate of 429 per 100,000, down from 824 in the last two-week period. There were 96 new cases of the virus detected in South Inishowen in the past two weeks. 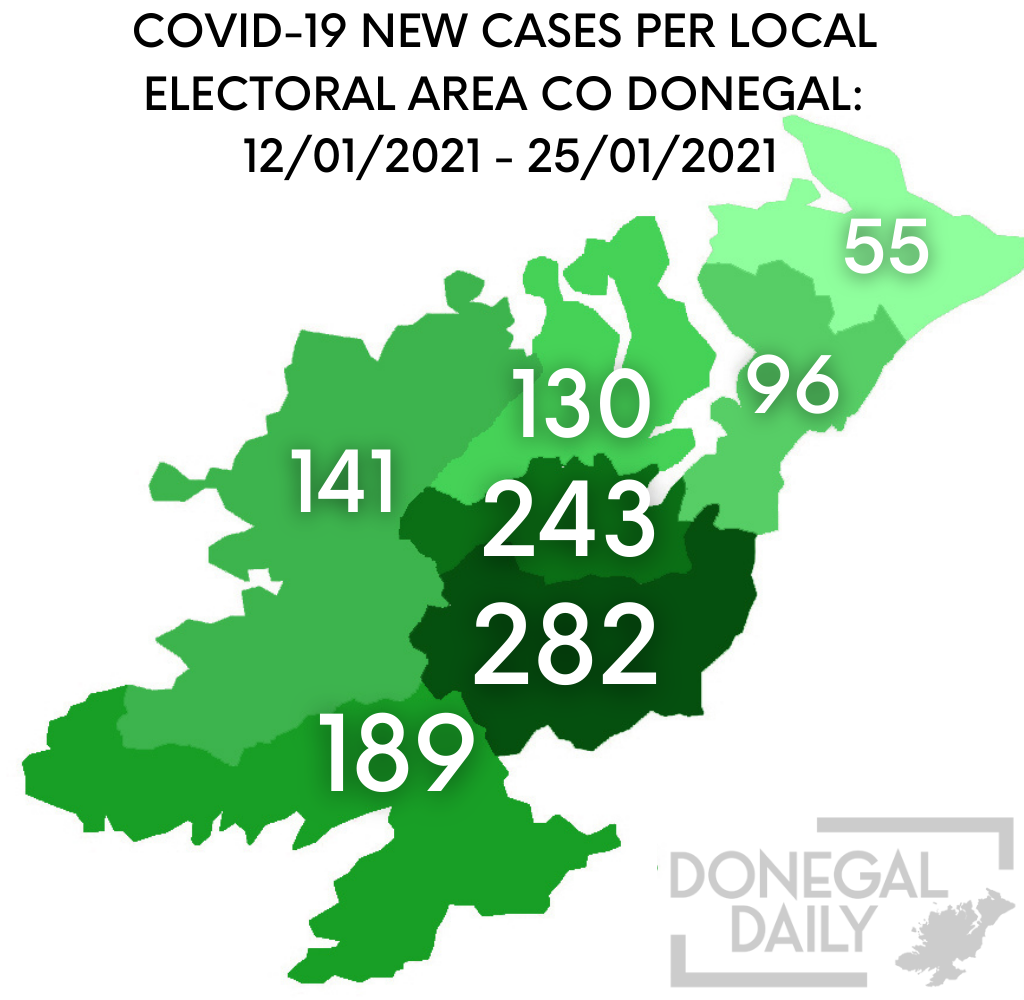 The Lifford-Stranorlar LEA had Donegal’s highest incidence rate for the period between 12th to 25th January. The region recorded 282 new cases of the virus, down from 393 in the last two weeks, while the 14 day incidence rate is now 1089 per 100,000.

Despite case numbers falling, the Covid-19 rate remains higher than average in the Milford LEA. With 130 new cases in the two week period, the area’s 14-day incidence rate is 944 per 100,000 – down from 1670 in the previous two weeks.

Covid-19 cases have halved in the Letterkenny LEA since early January. There were 243 new cases detected in the two weeks up to 25th January. The incidence rate now stands at 816 per 100,000.

Case numbers have also significantly fallen in Glenties. With 141 new detections (down from 240 in the previous analysis), the 14-day incidence rate is 590 per 100,000.

Dr Tony Holohan, Chief Medical Officer, Department of Health, has this evening urged the public to continue their best efforts to protect the most vulnerable in our communities: “Incidence is falling but remains high. It is positive to see numbers of people hospitalised reducing and a stabilisation of numbers in ICU.

“However, we are continuing to experience high mortality with 878 deaths so far in January. I am concerned about the high incidence we are seeing in long-term care settings and vulnerable groups. Our efforts to stay home and break transmission of the disease will save lives. Please continue to follow the public health advice and support each other to keep going.”