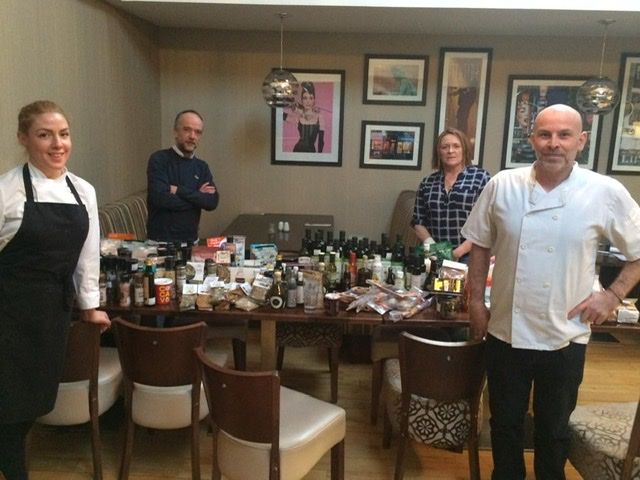 National spectacle to shine a light on Donegal’s ChefAid heroes

Donegal volunteers behind the hugely successful ChefAid initiative are set to be honoured in the 2021 Herstory Light Show.

To celebrate Brigid’s Day, iconic landmarks across Ireland will be illuminated with images and art in honour of Covid heroines and heroes from local communities, as well as those at the heart of key stories from the year, including Mother and Baby Homes, Black Lives Matter, ‘Women who have Arrived’, and Brigids of the World.

Among the Covid heroes are the inspirational chefs, drivers and supporters of ChefAid in Donegal. The project started in March 2020, when a group of Donegal Town chefs set out to ensure people cocooning at home did not go without a hot meal. The idea motivated other groups to do the same, and soon there were eight pods operating in communities all over Donegal.

ChefAid’s remarkable impact during the first lockdown led to the project being nominated for inclusion in this year’s Herstory Light Show. 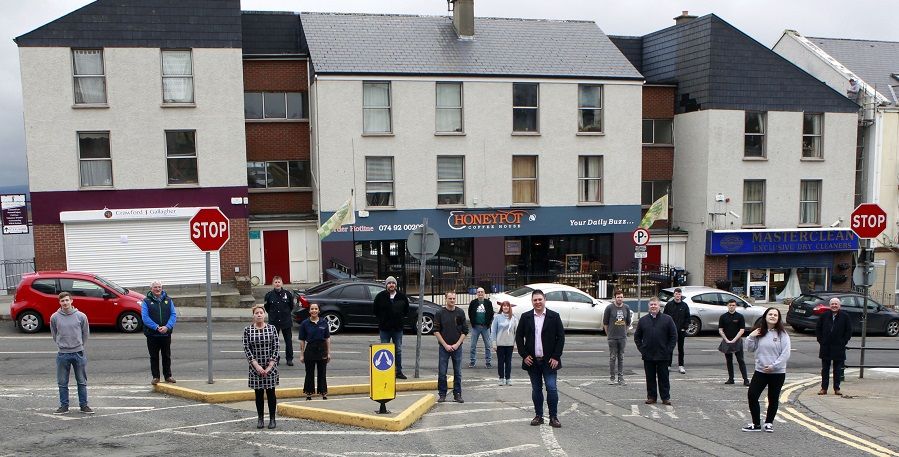 “When one of the researchers got in touch and said we’d been nominated I was floored,” said Jo Daly, co-owner of Quay West Restaurant in Donegal Town and co-founder of ChefAid Donegal Town.

The core team arranged a photo last weekend, kindly taken by photographer Matt Britton, which will be beamed on a landmark during the show today or tomorrow. This year’s chosen landmarks are Athlone Castle, Kildare Cathedral, Birr Castle, Sean Ross Abbey, and Tuam Mother & Baby Home.

The feature will be a proud moment for the hundreds of volunteers who made a difference through ChefAid. 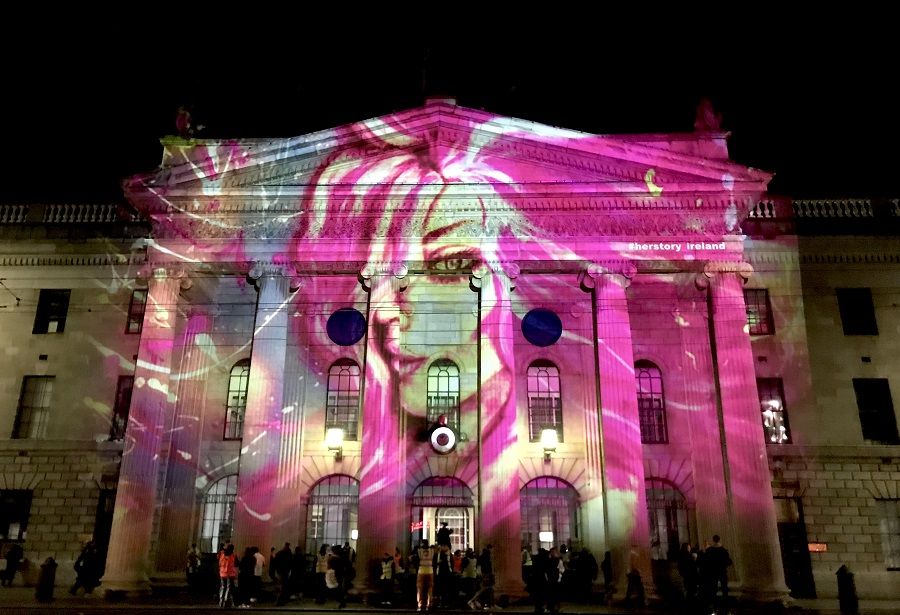 Daly adds that the project would not have been a success if not for the many organisations that rowed in behind it. The ‘Too many cooks’ saying was far from true in this case.

An Garda Siochana jumped onboard from the start to coordinate deliveries through their community engagement activities. Supervalu Donegal Town match-funded the first amount of seed money from Quay West and EWS butchers also pledged their support. The Manhattan Restaurant owners Tom and Corinne Lyons offered the use of their kitchen and soon extra delivery support came from Inland Fisheries. Vodafone Ireland supplied broadband phones to kitchens and Cllr Noel Jordan was a key help in coordinating the first pod.

When ChefAid kicked off in other communities, they were well-supported by a generous donation from Donegal-Dublin Business Network, individual backers and busy GoFundMe campaigns. 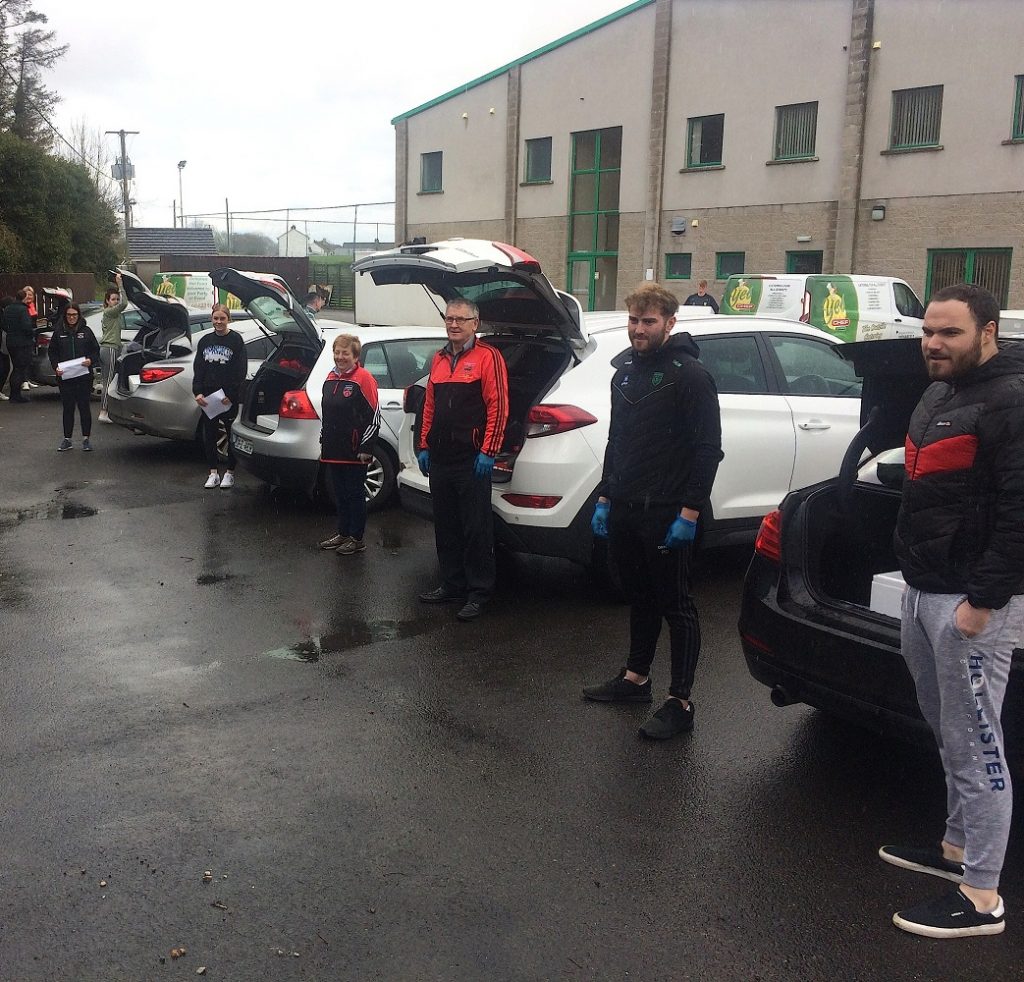 ChefAid Killygordan: Volunteer delivery drivers from the Red Hughs and Setanta clubs before they head out into the community.

The benefits of the service went far beyond nutrition. People who were cocooning had daily contact with community volunteers, and those check-ins proved vital in certain cases.

“We had two incidents where people got hospital help quickly because ChefAid was checking in on them,” Daly added.

All Donegal people and the Donegal diaspora who supported ChefAid can all take pride in the Herstory inclusion this weekend, which begins this evening and will be broadcast online: www.facebook.com/herstoryireland