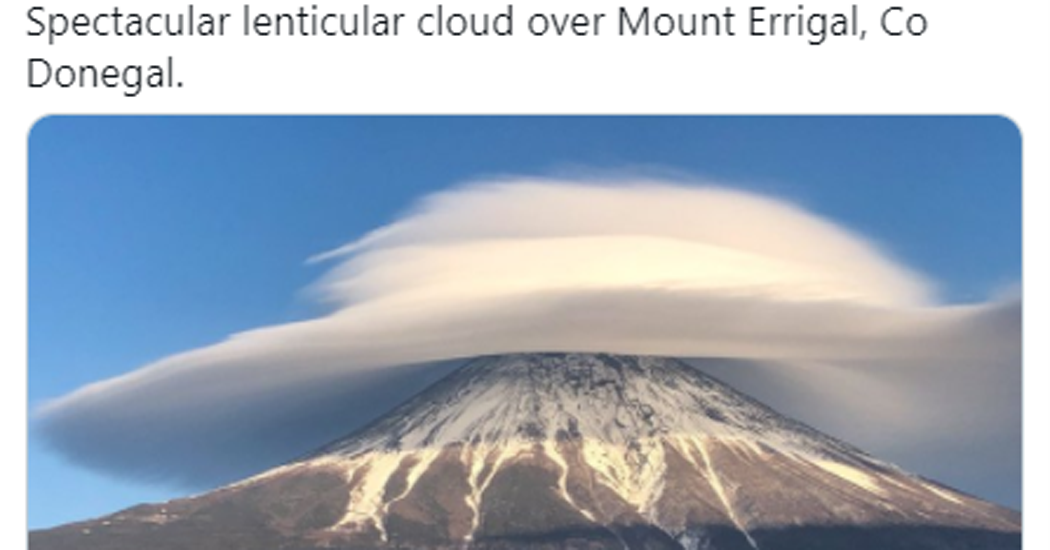 A stunning image has gone viral on Twitter this week that is being mistaken for Donegal… when it is in fact a photo from Japan.

The photo, falsely described as ‘spectacular lenticular cloud over Mount Errigal’, is being shared far and wide across Twitter and has amassed tens of thousands of likes.

The only thing is, is that it’s a picture of Mount Fuji.

Some Twitter users had to do a double take to check if it was in fact Errigal mountain, while others have praised the beautiful photo and believed it to be Donegal.

It soon emerged that Twitter user @davegkelly actually posted this knowing full well that it’s not Donegal. His experiment is an example of how quickly a false image can go viral.

Replying to someone who found the true origin of the image, Dave wrote: “Reminder: just because someone claims a photo is what they claim to be, it might not be. Or taken with a compact camera maxed out of Wales.”

“My defence here was boredom and an opportunity too good to pass up. I now know that Mount Errigal can pass for Mount Fuji from a certain angle,” he said.

The scenic shot may be impressive, but Donegal will always be the Coolest Place in our eyes… and there are plenty of real Errigal photos out there to enjoy and share! 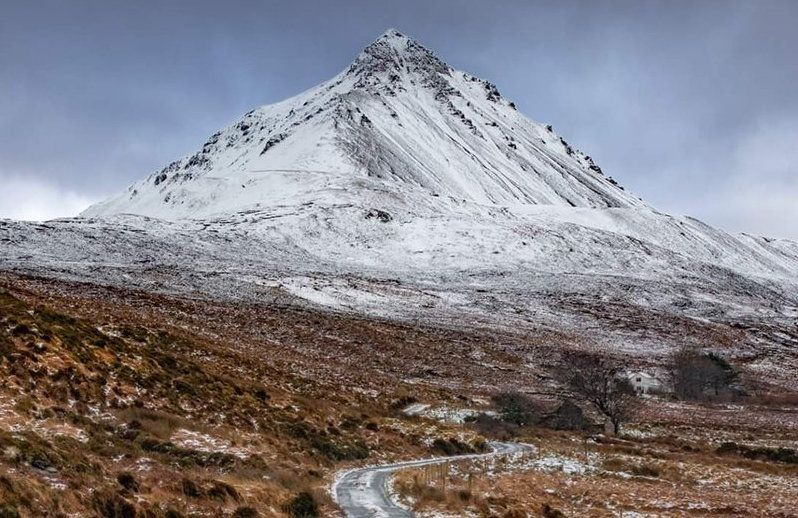